Image
Senior cat in the early stages of kidney disease ends up at the shelter, but is then adopted. Her renal disease is being successfully managed.
By Nicole Hamilton

At the wise age of eight, Harriet probably never expected to find herself at a large municipal shelter. But when her owner passed away last year, she ended up at the Weber County Animal Services shelter, a large municipal facility in Ogden, Utah, where she had difficulty finding her own little corner of peace and quiet.

Harriet isn’t one to hide her feelings. She can be a very friendly and affectionate cat, but she prefers to balance social time with alone time — something that’s pretty hard to come by for cats in a crowded shelter.

Potential adopters could tell when Harriet wasn’t in the mood for a meet-and-greet. And although that may not have been enough to steer them away from giving her a home, what did deter them was her older age and the possibility that she was in the early stages of renal disease.

Harriet needed a place where her health could be closely monitored and where she’d have room to both roam and retreat. So, she was transferred to the Best Friends Pet Adoption Center in Salt Lake City, where the team quickly fell in love with her sweet and salty personality. 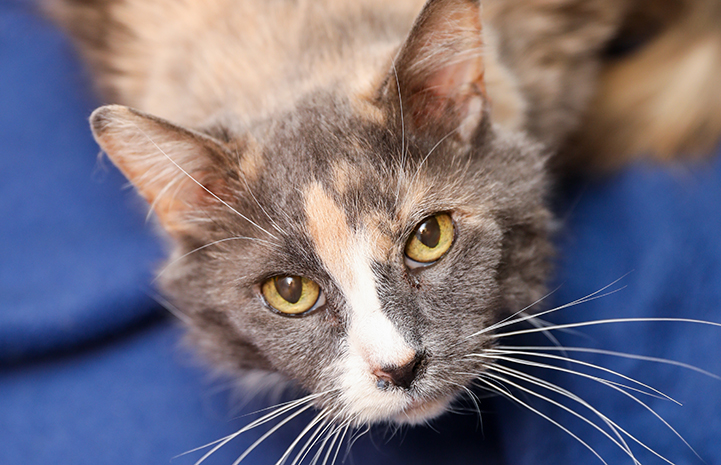 “Harriet is a sassy old lady who needs her space at times, but she can't resist a good cuddle session here and there,” says Sammi Nelson, adoption specialist at the center, who quickly became one of Harriet’s biggest fans.

Still, months went by and Harriet remained at the center. Some days, she appeared simply shy and tentative around new people, but on other days, she seemed stressed, which isn’t good for any cat, let alone a senior in the early stages of kidney disease. And in Harriet’s case, stress is likely what also caused her to develop a urinary tract infection.

That’s when Jaime Schnell, another center adoption specialist, decided to foster her. “Her health began to decline so much that she wouldn't even let us pet her,” says Jaime. “She needed a break.”

Turns out, Jaime’s house was good medicine for the senior cat. “Once I got her home and she got comfortable, she became really loving,” says Jaime. “She loved to cuddle and liked to sleep on my back at night. She became a purr machine and we referred to her as having a V-8 engine.’”

It’s amazing what a couple months looking out a favorite window or playing with catnip toys can do for a cat. With Harriet feeling better, it was time for her to go back to the center so she could meet someone who could give her a permanent favorite window in a brand new home.

Foster a cat and make a difference 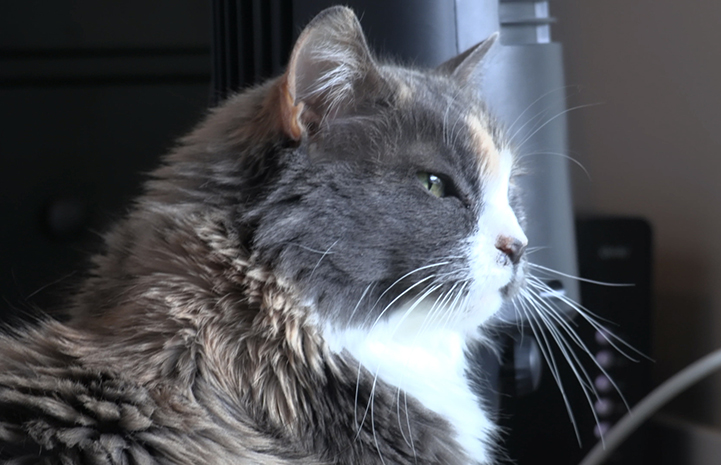 Not everyone wants to adopt a lap cat

Things went according to plan — sort of. You see, when Harriet returned from her foster stay in Jaime’s home, she was up for more socializing. But, again, months went by and no adoption. Regardless, the staff never lost hope that someone would find Harriet’s personality just as endearing as they did.

That’s what happened when Calen Smith came by looking for a cat to adopt. A senior in college, Calen wanted a feline to keep him company while he was at home, but who also was independent.

An older cat seemed perfect, and when Calen met Harriet for the first time, she seemed to think so, too. “I sat down and she came right over and let me pet her,” says Calen, who also notes that she wasn’t a cat you could call extroverted. “She wasn’t all that interested, but I could tell she’d warm up eventually.”

The fact that Harriet has early stages of kidney disease didn’t bother Calen. “I’ve had cats with medical and behavioral issues before,” says Calen. “As long as you get them the care they need, it’s fine.”

More about kidney disease in cats 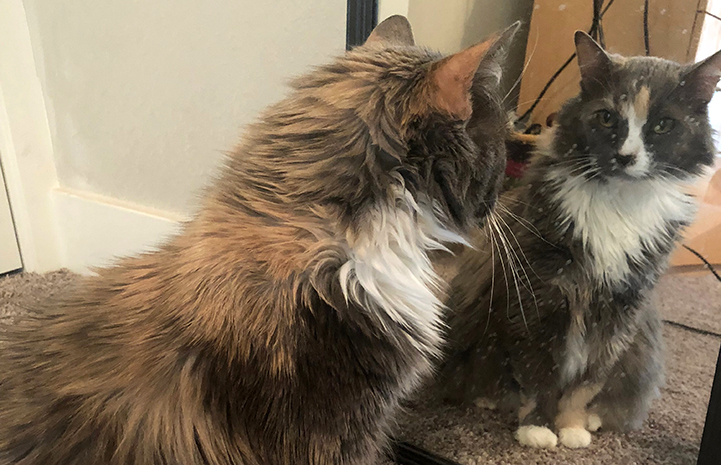 Harriet gets the room to be her spunky self 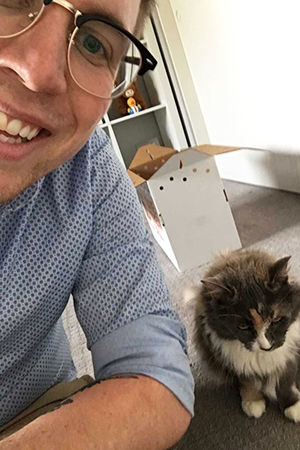 Today, Harriet is comfortable in her new home with Calen and his roommate. She loves hanging out under the bed, but also enjoys being in the limelight a fair share of the time. “She’s sort of complicated,” says Calen. “She has a short fuse, especially when she’s touched too much. But she’s grateful for the attention she gets.”

As for Harriet’s kidney issues, Calen keeps her on a prescription diet and closely monitors her health.

When he thinks about adoption, Calen wishes more people would take a chance on cats like Harriet — seniors with manageable medical conditions such as kidney disease. “Most of the time it’s not some monumental thing,” says Calen. “This can be treated. Maybe if more people knew that, more cats like Harriet could find homes.” 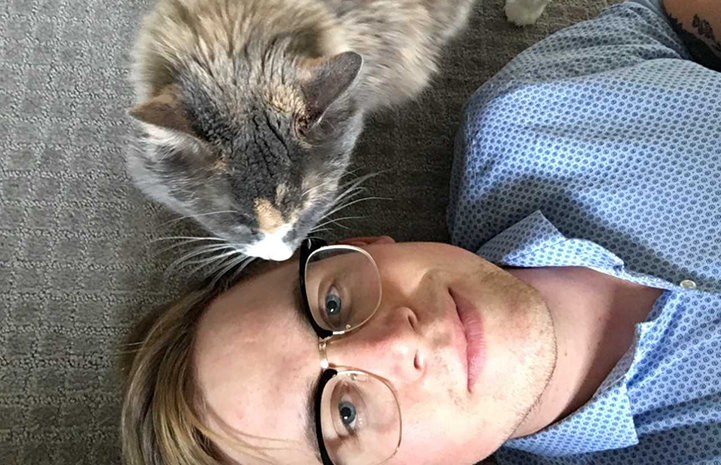