Loving Zorro, a cat with a serious heart murmur

Image
Tuxedo cat with serious heart murmur, broken front leg and a shoulder wound caused by a BB gun gets treatment and love at the Sanctuary.
By Christelle L. Del Prete

When Zorro struts around in the lobby of Quincy House (home for the special-needs residents of Cat World), you might think he’s in the wrong place. The dashing tuxedo cat, named after the masked superhero, doesn’t seem to have any special needs. Beyond his own striking black mask, the only thing that seems at all different about Zorro is that he’s charming to the extreme. 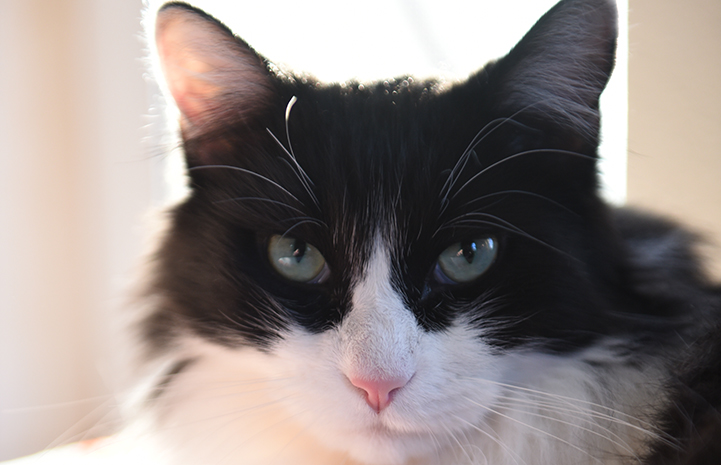 The fluffy six-year-old cat was brought to the Sanctuary this past fall needing more help than anyone could guess at the time. He’d been living on the streets as a community cat and the colony’s caregiver took him to a local vet clinic because he appeared to be injured.

Cat with broken leg and a heart murmur

As it turned out, Zorro had a broken front leg and a serious shoulder wound caused by a BB gun. When he arrived at the Sanctuary, Best Friends veterinarians found something else: In addition to his injuries, Zorro has a very serious heart murmur. Under normal circumstances, the leg injury was severe enough to consider amputation, but the heart condition took that option off the table. It would be too risky to put him under anesthesia.

Although there wasn’t a cure for the heart murmur or a way to repair it surgically, Best Friends vets were determined to do everything possible to make Zorro feel better. Using light sedation to keep him comfortable, they cleaned out his wounds and took X-rays of the fracture. 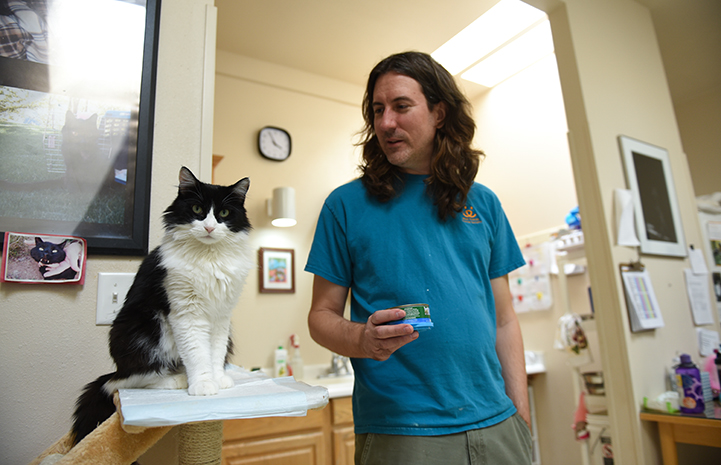 Then Zorro received some good news: His leg injury would heal on its own if he had a few months of strict cage rest. He certainly couldn’t get that out on the streets, but he could have all the time he needed to recover if he moved to Cat World, where caregivers and vet techs could also monitor him closely for any signs of heart failure.

“It was appropriate for us to admit him (to the Sanctuary), although generally we don't recommend bringing community cats into shelters, says Jenn Corsun, manager of Cat World. But because Zorro needed monitoring and was such a people-friendly cat, the best option was to move him into the Quincy House lobby, where he would get close, constant care and plenty of TLC. 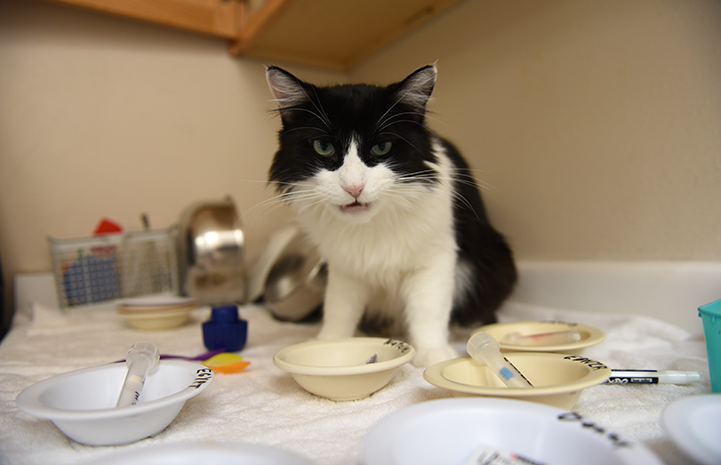 Although cage rest couldn’t cure Zorro’s heart disease, it did the trick for his broken leg. His wounds have healed so well that now when he walks around, there’s no hint that he was ever injured. He can jump up on things and get around as well as any other cat, and he doesn’t seem to have even the slightest limp. 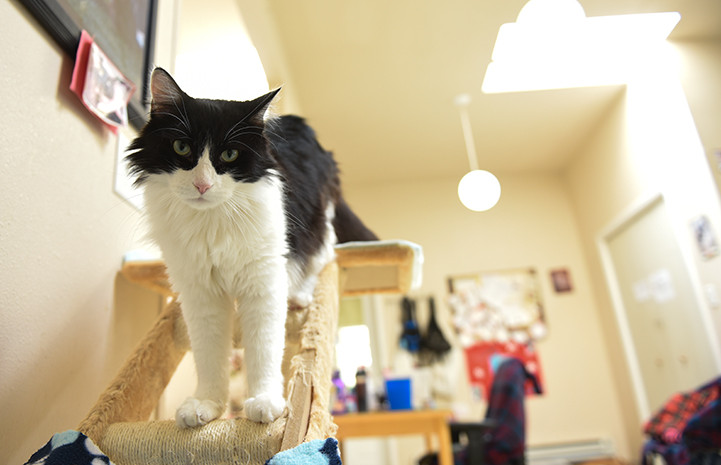 Caregivers and vets continue to monitor Zorro’s heart health, too. A vet tech takes his blood pressure, caregivers learned how to identify signs of heart failure, and a visiting specialist prescribed a medication regimen to help with his condition.

Luckily, Zorro doesn’t mind all the extra attention. Despite having once lived outside as a community cat (or perhaps because his colony had an excellent caregiver), he isn’t the least bit shy or stressed out around people. He could charm the socks off even the most dedicated dog person, and he is simply irresistible when he rolls onto his back and reaches out a paw to greet visitors. 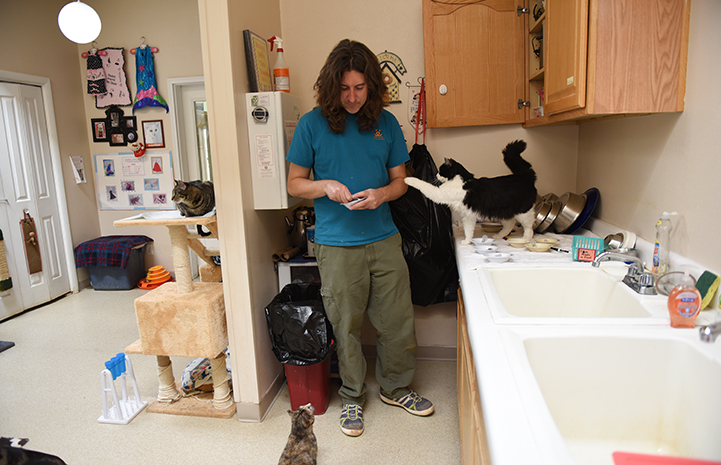 While no one knows how much time Zorro has, the veterinary staff, caregivers and volunteers are working hard to make sure he has the best life possible for as long as possible. And even though he looks like a superhero, he’s enjoying life as a perfectly normal, but extraordinarily loved pet cat. 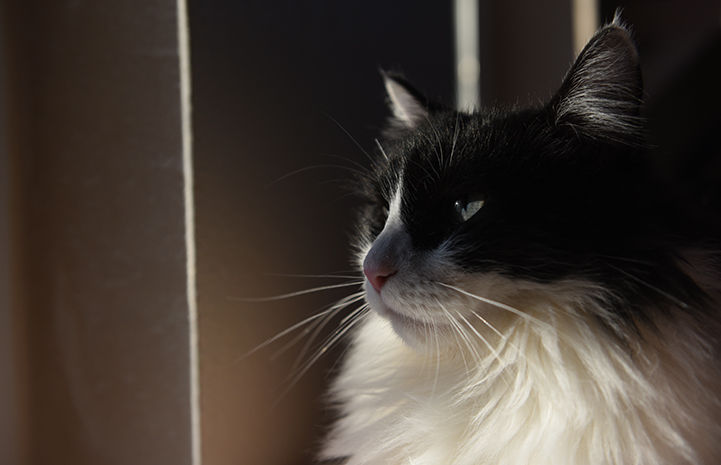