Good news for pit bulls: legislative wins against breed discrimination in Utah and South Dakota, and protection for dog fighting victims in Delaware.
By  Denise LeBeau

While the 2014 state legislative sessions have long since adjourned, there’s no downtime in the ongoing work of Best Friends’ pit bull terrier initiatives. The work not only sets the stage for new legislation, it also contributes to enhancing community safety and protecting dog owners’ rights. As we look back on some major wins for pit-bull-terrier-like dogs in 2014, countless canines (and the people who love them) have much to celebrate.

Proactive protection against harmful laws in Utah and South Dakota 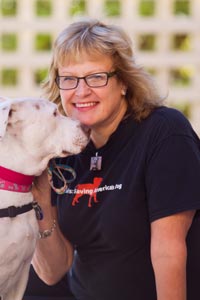 “With the support of the public and the legislators who helped pass the law, it is fitting for a state like Utah, which embraces no-kill through Best Friends’ initiative, No-Kill Utah (NKUT), to abolish all prejudices against breed. Laws promoting safety should focus on the behavior of the owner and the behavior of the dog,” says Ledy.

In March, South Dakota joined the ranks of states adopting anti-BDL legislation with the passing of Senate Bill 75. Best Friends spearheaded the new law, designed to ensure that dogs and responsible dog owners have the right to be safe and stay together. “South Dakotans rejected fear-based, panic policymaking,” says Ledy. 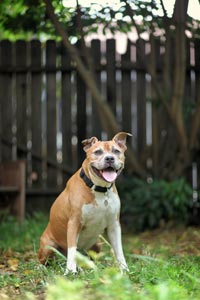 Over the summer, Delaware gave dogs from fight busts a chance to be evaluated and put in a loving home by passing Senate Bill 245. Best Friends spearheaded the bill, which changes the future for puppies and dogs seized in fight busts. Instead of being killed after being held as evidence in court cases, these dogs will be given the opportunity for rehabilitation and adoption.

“Thanks to the Vicktory dogs (the dogs seized from the Michael Vick bust), things are looking up for fight bust dogs,” says Ledy. “But we still have a long way to go. Thirteen states still discriminate against these victims of cruelty, and hopefully that will change in the coming years with our members taking action.”

While much of the work helps dogs through new legislation, there’s also work being done to help attorneys to better represent pet owners. In 2014, Ledy collaborated with attorney Fred Kray to create a webinar to help attorneys represent dogs and their owners facing breed discrimination. “Attorneys have to be licensed in the same state as their client, and many lawyers aren’t familiar with the due process issues involved in challenging these unfair ordinances,” says Ledy. “We hope the webinar will help more families stay together.”