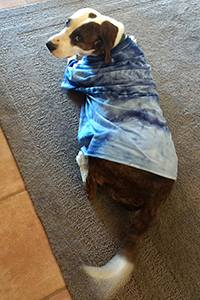 ​​When Willa came to the Sanctuary in April, it was a turning point for her, but not in the way people might have expected. She’d arrived from a Best Friends No More Homeless Pets Network partner, and she was only five years old. With her sweet personality and her adorable patchwork markings — including an irresistible oval spot on the top of her head — Willa might have been quickly adopted and moved on to a long, happy life in a home of her own.

Her story changed when veterinarians found that she has untreatable cancer. Her story isn’t a tragic one, though, because even if Willa likely doesn’t have long to live and hasn’t yet found that home, Dogtown caregivers and volunteers are making sure she gets a happily ever after right here and now.

Creating a happily ever after for a dog with cancer

Willa had surgery at the Best Friends Animal Clinic shortly after she arrived at the Sanctuary. It might have been a simple lifesaving procedure, but after the surgery Willa had a rough recovery, and that raised some red flags. Sadly, all signs pointed to an aggressive form of mammary cancer called inflammatory carcinoma. Additional surgery won’t help, and while she is on medication that helps keep her comfortable and keep the cancer from spreading, it won’t cure her.

It’s hard to know how much time Willa has left, though it’s likely to be months rather than years. So Dogtown caregivers and volunteers are working overtime to make every day Willa’s best day and every night a party. Willa’s caregivers created for her a bucket list that hangs right outside of her room in Dogtown. They’re checking off fun activities and making sure Willa has the time of her life. 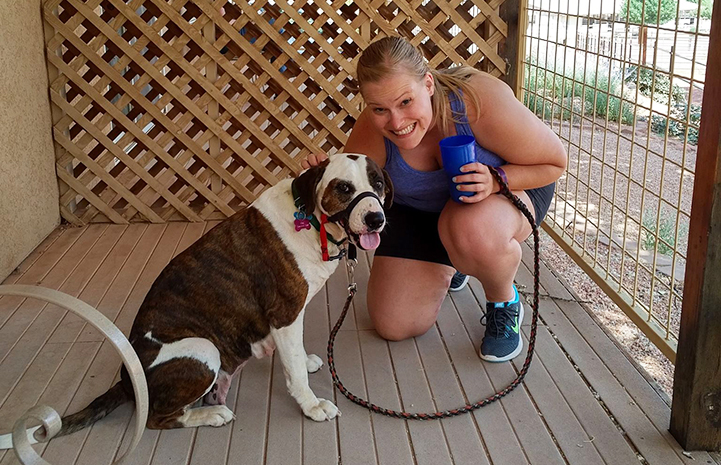 Though Willa can’t do any serious hiking, there are plenty of activities she can enjoy. Thanks to all the Dogtown volunteers who have stepped up to make Willa’s wishes come true, things are being checked off quickly and new ideas are being added all the time. Most of Willa’s bucket list items can be done while she’s out on sleepovers, and so many people want to spend time with her that she goes on one nearly every night.

“I had a sleepover with Willa; she’s a total sweetheart,” volunteer Erin Hauglie Carson posted on Facebook. “She loves snuggling in bed and is quite the bed hog.” 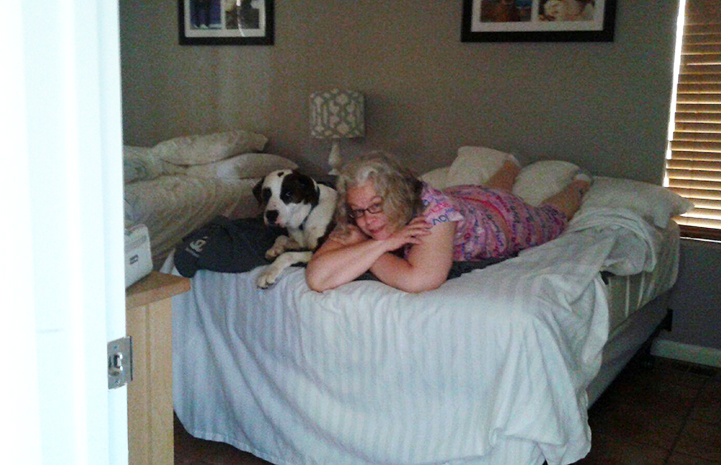 After she returned home, Erin sent a care packet to Willa that included soft new blankets that she loves.

Since her bucket list was created, Willa has modeled Best Friends clothing and gear, stargazed with a real telescope, “drove” a sports car by posing for a photo in the driver’s seat and enjoyed a Starbucks “puppuccino.”

Willa got to share a Lady-and-the-Tramp-style spaghetti dinner with volunteer Alexa Tavasci. “We asked at our first volunteer shift about which dogs needed a sleepover. When I heard Willa's situation, I knew it would be perfect. My family and I ended up taking her for two sleepovers during our trip and we had so much fun working on her bucket list. We just so happened to already be having spaghetti for dinner the first night, so it was perfect. She is the most polite dog we've ever met, which is the only way we successfully took a picture without getting spaghetti everywhere!” 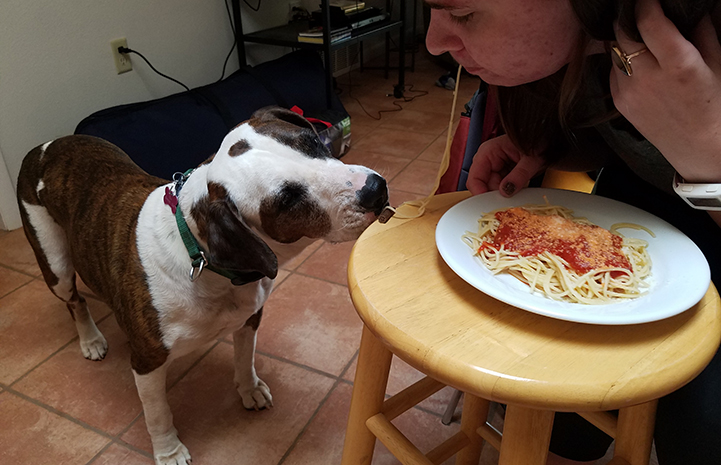 The time of her life

Besides sharing mealtimes with her sleepover hosts and hostesses, Willa has a good time staying in for the evening, or getting out and about. One kind volunteer held Willa and read to her until she fell asleep with her head resting on her arm. A couple took her to the Coral Pink Sand Dunes State Park so she could watch a sunset. Willa sat and watched the sun dip below the horizon in a pose of perfect doggie Zen. 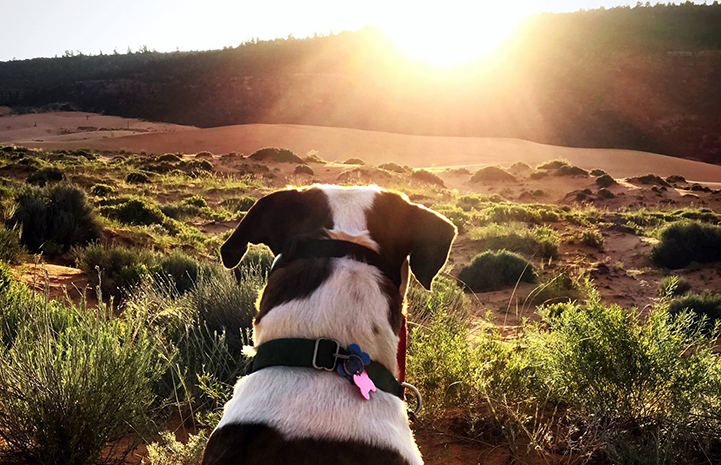 ​With her medication and all the care she’s receiving from Best Friends vets and caregivers, Willa doesn’t know she is sick. She only knows that she’s surrounded by kind and caring friends, and that life is good. And, while it may not be the happily ever after everyone dreamed she would have, Willa is having the time of her life.