Medical challenges no match for this cat’s happiness

Image
Cat with pancreatitis and stomach issues, which caused nausea and appetite suppression, is put on feeding tube. He is feeling much better now.
By Christelle L. Del Prete

Whether he’s on a stroll through the red sand trails around Cat World or lounging on a pile of blankets in the lobby, Gilbert looks perfectly happy. And he is. But things weren’t always so rosy for the fluffy cat whose fur is the color of a thunderstorm cloud.

When Gilbert came to the Sanctuary last May, he seemed to be on a losing streak. He lost his home when his person went into assisted living, and he had a host of medical problems that Best Friends vets went to work on getting under control. 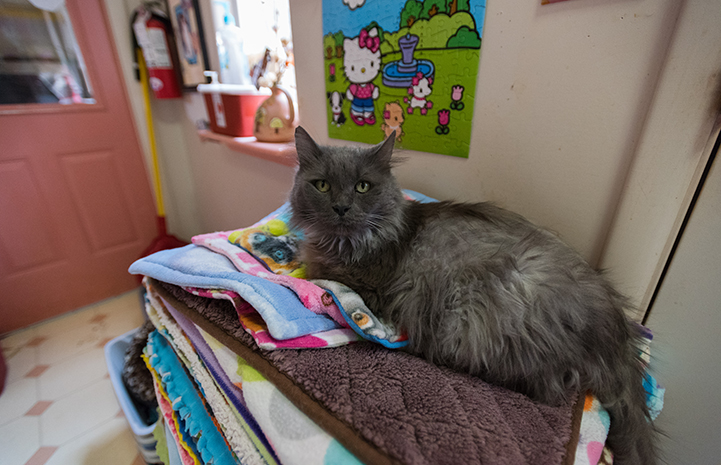 Pancreatitis (inflammation of the pancreas) and stomach problems, both of which cause symptoms like nausea and lack of appetite, landed Gilbert at the Best Friends Animal Clinic on a feeding tube for a short time. At 10 years old, he’d already had most of his teeth removed because of dental disease. And, not only did he have to take supplements for his dry coat, but he also had a habit of pulling out his own fur whenever he felt stressed.

Best Friends vets and Cat World caregivers knew that getting Gilbert fully recovered and healthy would require a place where he’d feel right at home. Because he feels anxious around other cats, Cat World staff moved him to the cozy lobby of a building called Jill’s Diner. Since he’s the only cat in the lobby and doesn’t have to interact with cats in the adjacent rooms, you could say it’s now Gilbert’s diner. At the very least, the Sanctuary is his home between homes.

How to tell if your cat is healthy 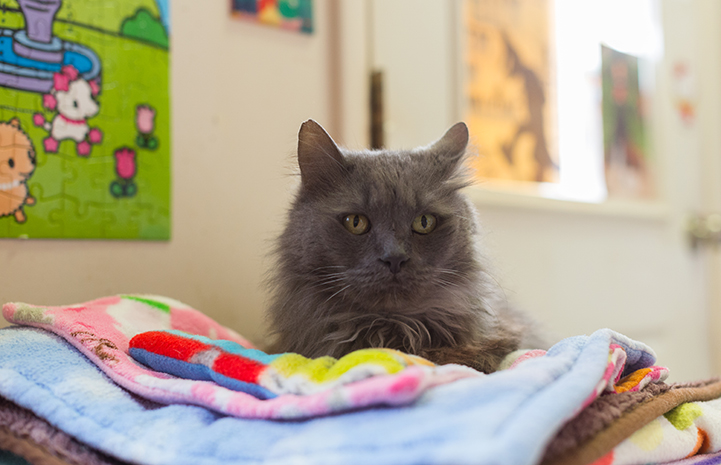 After a few months at the Sanctuary, Gilbert started feeling much better. He settled into his comfy new digs and discovered his favorite daily routines. While he’s perfectly content to lounge around for part of the day on a stack of fleece blankets, Gilbert loves to spend time in an outdoor covered cat tent or go on a walk with volunteers when the weather is nice. 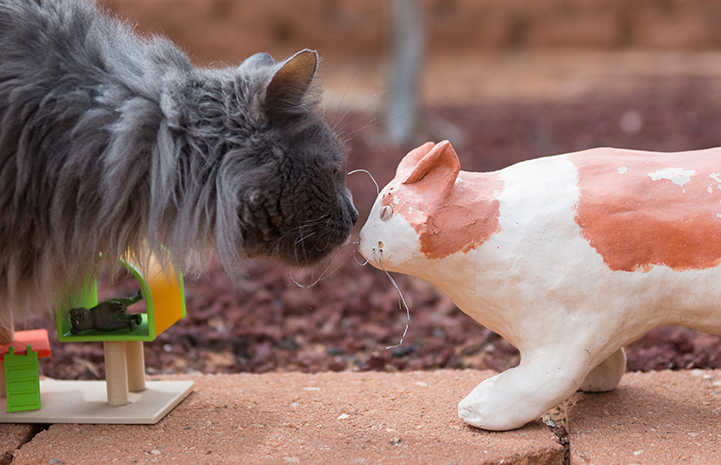 He’s come a long way from the low point in his life. Good medical care and space to call his own paired with lots of love have made all the difference for Gilbert. It’s safe to say that, although he’s had to weather a few storms, right now Gilbert’s skies are clear and there’s no rain in the forecast.