Image
No one knew why Daisy was sick, but after weeks of round-the-clock care her sassy personality is finally shining through.
By Sarah Thornton

Daisy was in major trouble by the time she came to Best Friends Animal Sanctuary. The three-year-old miniature horse had a bad case of diarrhea that quickly unfolded into something much more serious and complicated. She was lethargic and barely hanging on, without any diagnosis as to what was wrong.

Her arrival at the Sanctuary led to weeks of sleepless nights and anxious mornings as Best Friends veterinarians and staff members did everything they could to bring the little horse back from the brink.

Big problems for a little horse

Eye inflammation, a high fever, worse eye inflammation, anemia, elevated liver enzymes: One after the other Daisy’s symptoms appeared. Vets began treating her with antibiotics that helped her initial issue, but overall she continued to get worse. “We tested her for pretty much every disease known and all those tests came back negative,” says Dr. Tara, the veterinarian in charge of large animals at the Sanctuary.

A long trip to a veterinary internist in Las Vegas was an attempt to get questions answered, but instead it only added another piece to Daisy’s diagnostic puzzle. While nothing appeared on ultrasound, further tests revealed peritonitis ― an inflammation of the tissue lining the abdomen.

“She had a lot of ‘itises,’” explains Dr. Tara. “Uveitis, colitis, peritonitis, hepatitis: She had all of those things.” Without any explanation for why Daisy was so sick, it came down to treating the individual symptoms as well as possible. She was put on stronger antibiotics, liver medicine and medicine for parasites, as well as eight different eye medications that she needed four times a day. 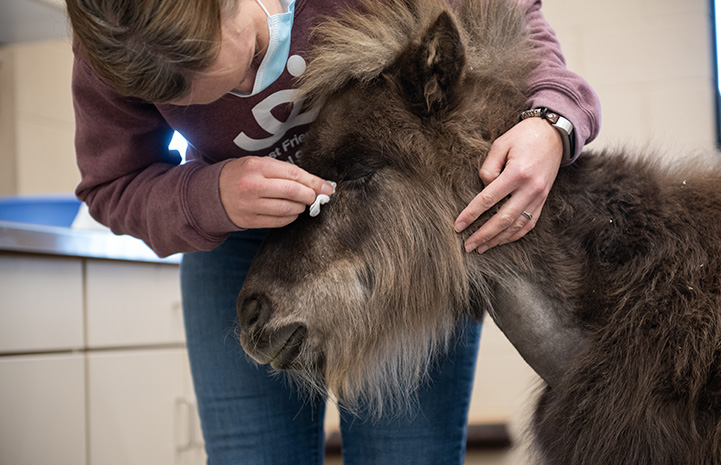 For weeks, no one was sure what would happen with Daisy, but they kept fighting for her. Dr. Tara recalls: “We were having to come in and do more eye meds at 10 p.m. every single night, and (also) just to check to make sure she was stable enough to be alone overnight. It was a big team effort, fairly ‘round the clock. There were a couple of times when I came in again at 1 a.m. because I was so worried she might be crashing. It was tough.”

“It was hard to come in in the morning,” says veterinary technician Bonnie Palmer, who each day was worried about what she might find when she went to check on Daisy.

The real turning point finally came with a plasma transfusion. And even though halfway through it Daisy had an allergic reaction that required them to stop, it ultimately did more good than anything up to that point.

“That was the first time she actually moved around in her stall,” says Dr. Tara. “And (she) had an attitude about what we were doing with her,” Bonnie adds with a laugh. 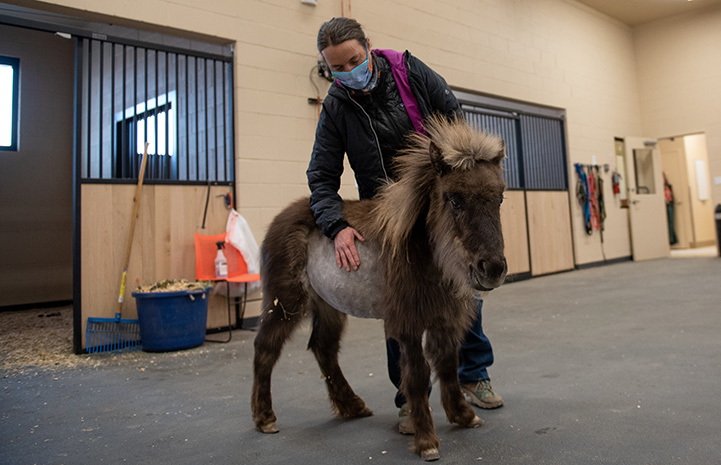 “When she first came, she was so sick that there was no personality,” says Jen Reid, manager of the Sanctuary’s Horse Haven area, Daisy’s home-between-homes. “And now she’s feeling really, really good.”

Daisy started eating again and putting on weight. She would visit Bonnie’s office throughout the day, clip-clopping from the treatment room and back, with full run of the place. She had enough energy to go on daily walks and even spend some free time running around the arena, whinnying in her high-pitched voice and kicking dust around. And when her personality finally started shining through the fog that had been over her since she arrived, there was nothing but relief for those who had been by her side the whole time. “She’s a little land shark,” says Jen, her words expressing joy mixed with exasperation. 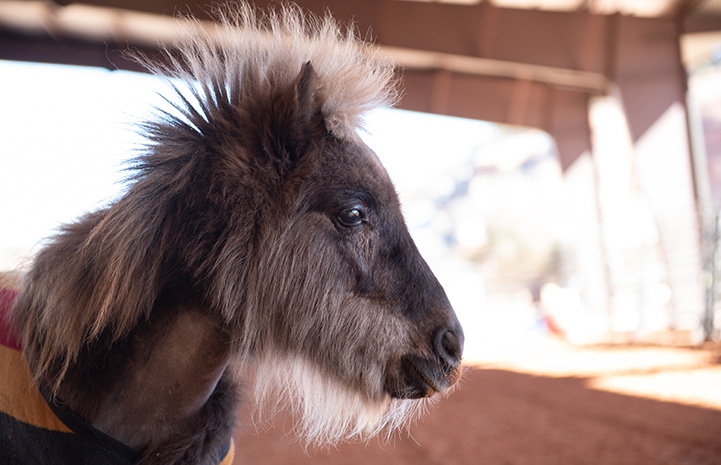 Daisy might be a bit of a handful, but helping her with her manners is nothing compared to everything it took to get her this far. “We’ve had a few training sessions with her and she’s so smart,” says Jen, adding that Daisy is definitely not shy about taking advantage of their soft sides, and if she can get away with being naughty, she absolutely will. “We’re establishing some ground rules: Thou shalt not bite me. Thou shalt not kick me.”

While she’s still on several medications, Dr. Tara says Daisy handles them well. “She likes to spit it on you and drool on you sometimes, but she’s actually a really good patient. I would not say she’s cured of whatever her thing is. She’s definitely stable and she’s improving, but she still has issues, which is why it’s really great she’s going to another veterinarian.” 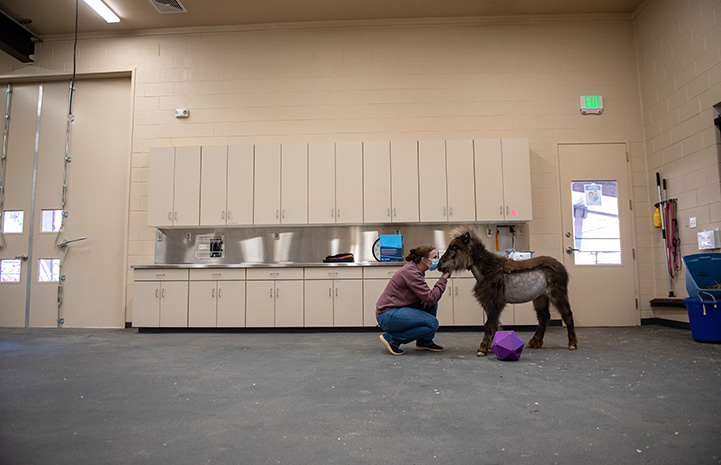 That’s right: Daisy already has a new family waiting for her. Soon, she will be going home with Dr. Smee, a board-certified internist who is ready and able to continue caring for all of Daisy’s special medical needs. “Dr. Smee is really great,” says Dr. Tara. “She comes to the Sanctuary several times a year and donates two days of time to us and our difficult cases, so she’s really a special human being.”

It may never be clear what’s causing all of Daisy’s symptoms, and she may need special medical care for a very long time. But with help, she’s pulled through the worst of it. The sleepless nights and anxious mornings were all worth it to see the small, sassy horse on the other end riding off to her very own home. No matter what happens, she’s got friends all around her, ready to help whenever she needs it. 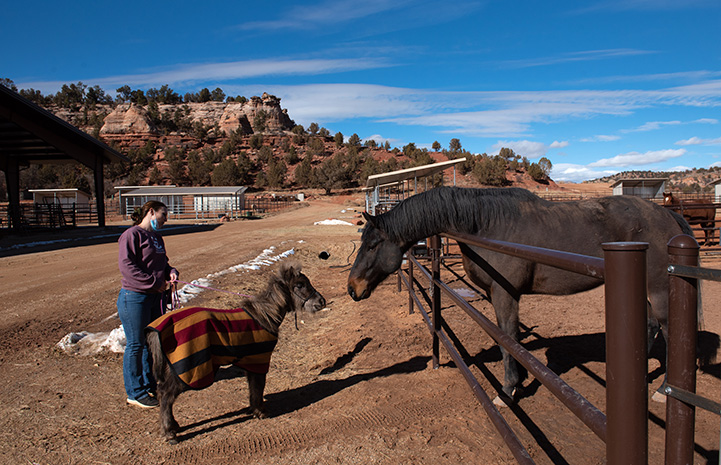 By joining Best Friends, you can help animals like Daisy when they need it most, so they can get better and live their best lives.