For many people, volunteering is something you fit in whenever there’s free time. But Best Friends volunteer Karin Magnuson sees things differently.

Every day, Karin, a member of the global performance management team in people operations at Google in New York City, is surrounded by co-workers who share her passion for helping homeless pets. And that makes work the perfect place to volunteer.

As a Best Friends volunteer, Karin has inspired fellow Googlers to take to the New York streets to educate people about the importance of fostering pets. She also encourages co-workers to take part in Google’s annual matching funds campaign that supports Best Friends.

Karin is proving that you don’t have to look far to find others to champion your cause. In fact, they may just be one desk away. In the Q&A below, learn more about Karin and what motivates her to volunteer with Best Friends ― in the workplace and beyond.

It was during a February 2015 Best Friends–New York adoption event where I was determined to find a home for a Siamese cat named Arielle. She was such a peaceful girl and just wanted to snuggle. I carried her around for a couple of hours, which piqued much interest but it was getting late in the day and still no one had adopted her. Finally at around 6 p.m., a young woman came in, fell in love and brought Arielle home with her. I was thrilled!

In February, I made my second visit to the amazing Best Friends Sanctuary in Kanab, Utah. I was volunteering in Dogtown and they asked my friend and me to help socialize very young puppies who hadn't yet been around a lot of people. We sat on the floor of the puppy playroom and let them climb all over us. Being smothered by puppies was definitely a highlight of this year.

I also really enjoyed being invited to join Best Friends at the ringing of the closing bell of the New York Stock Exchange last year — a once-in-a-lifetime opportunity.

Q: Since becoming a Best Friends volunteer, do you see things differently?

A: I’ve learned a few things — including the importance and benefits of fostering. Finding temporary homes for animals not only allows a city shelter to keep another animal alive, but it also provides valuable socialization for the animal and observations from the foster parent that can help in the ultimate adoption of the animal.

I’ve also learned about the immense challenges that kittens pose. I used to think they were easy (since most people tend to want to adopt kittens or puppies), but had no idea about the intensity of the care required to get them from birth to the point where they are ready to be adopted. And I have learned that there are a lot of folks at my office (Google NY) who love animals and are too busy to go volunteer, but when you bring the opportunity to them they seize it. 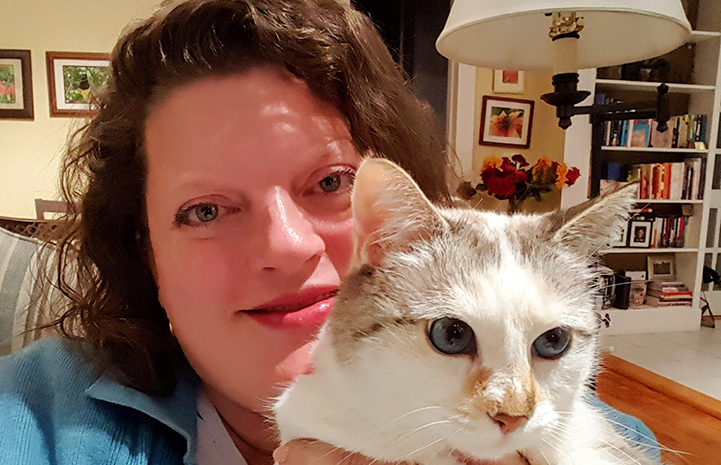 Q: What are you most proud of in terms of your volunteer work for Best Friends?

A: My ability to blend my passion with my profession and get more Googlers involved in helping Best Friends. For example, for the past two summers I’ve led projects for Best Friends as part of our annual GoogleServe program.

The first summer we had more than 85 Googlers hit the streets of New York City to educate people about fostering dogs and cats for Best Friends. We were able to get applications from 94 New Yorkers to foster pets, which was fantastic — since for each animal that goes into a foster home, Best Friends can pull another out of Animal Care Centers of NYC.

I’ve also sponsored Best Friends for three years now as part of Google’s annual matching funds campaign, where I donate funds and encourage my fellow Googlers to do so as well. We raised more than $100,000 the past two years combined. This year’s campaign kicks off in early December.

Finally, we have held a number of “play with doggies,” or “yappy hour” events, where Best Friends–New York brings adoptable dogs into the office for Googlers to hang out with — and hopefully fall in love with. Five of the 10 dogs at the first event went home with Googlers as either fosters or adoptions.

Q: What does volunteering mean to you and why do you do it?

A: Volunteering is just part of who I am. I’ve been volunteering since I was in elementary school. I joined an organization called S.H.A.R.E. (Students Have a Responsibility Everywhere) and remember doing midnight runs where we’d come from the suburbs into the city to deliver hot soup and warm coats and socks to the homeless.

For most of my adult life I’ve volunteered with animals. I walked dogs for a group called Phinney’s Friends in Boston. Then in Philly I helped care for cats whose owners had HIV/AIDS. When I first lived in New York City, I volunteered with Mighty Mutts and BARC, and then I moved to Westchester where I became a docent at the Bronx Zoo. Since moving back to the city, I’ve been involved with Best Friends and also with PAWS NY.

Q: Can you tell us about your own pets?

A: Yes, I have three rescued kitties: Eli, Penny and Pistachio, who mean the world to me. They are really like dogs that are trapped inside of cat bodies. They run to the door when they hear my key in the lock. They play fetch with their toys and generally want to be on me/with me/near me all the time ― which I love.

I am actually allergic to cats and dogs, but I take a pill every night so that I can peacefully coexist with them. 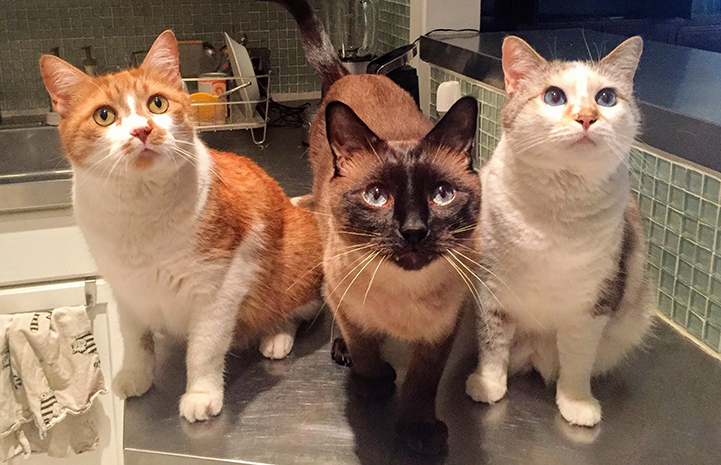 Q: Besides volunteering for Best Friends, how else do you "give back" to your community?

A: I’m also a volunteer and board member for PAWS NY. PAWS volunteers help some of New York City’s most vulnerable residents remain with their pets when they no longer are able to care for them on their own.

Each week I walk two guide dogs (Ava and Bella), whose owners are elderly and blind. I love it since it’s like having two adopted grandmas and two adopted dogs.

A: I can find a way to rationalize almost anything. Tell me something you want to do which you think is foolish or selfish and I’ll help come up with a story to justify it.

I also have been told (on more than a few occasions) that I get more done in a day than three normal people. 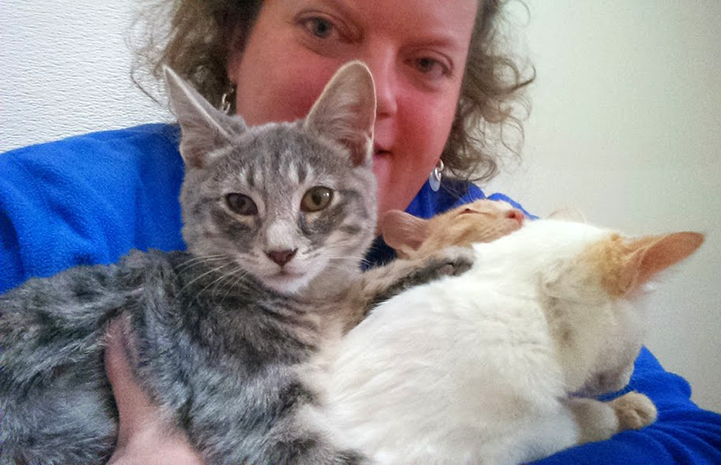