Best Friends adoption manager shares her experience with former Michael Vick dog Lance and his training and preparation to be adopted into a home.
By Best Friends staff 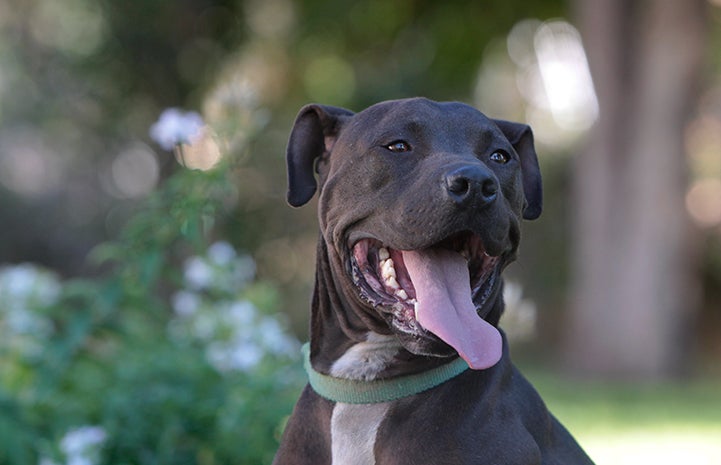 When I first heard that the Vicktory dogs were coming to Best Friends, I had been doing adoptions here for about 10 years. But finding homes for these dogs was going to be a very different-than-usual process.

There were court-ordered processes in place, so there were a lot more hoops that potential adopters had to jump through: background checks, home insurance company clearances, home visits and lining up behavioral consultants. And if potential adopters had other dogs, they would have to bring them to Kanab, Utah, to meet the dog they hoped to adopt.

I got to know the Vicktory dogs very well. Over the years, I had three of them as my office dogs. They were good with other dogs of all sizes and even got along with my office cat Ash (who thinks he's a dog).

Then came Lance, who was court-mandated to pass his canine good citizen (CGC) test before going home. I had amazing previous adopters who were ready to adopt Lance, but this shy, shut-down guy had to develop enough confidence to pass his CGC, which was going to be quite a test for both him and me.

I am not a trainer by any means, but I’ve had had numerous shy dog fosters throughout the time I've been at Best Friends. But with Lance, I learned more patience than I ever thought I had. He was the "perfect" dog — good with all other animals, would take rides in my car and was dog door trained. He was just perfect — except that he had "test anxiety."

We would go through the steps perfectly fine, but when our behavior consultant was evaluating whether he could pass the test, Lance simply froze. It broke my heart every time. (I could only imagine what he had been through before coming to us). I had Lance for four years as my office dog, and he had wonderful adopters who patiently waited three of those years for him. They knew and loved him as much as I did. 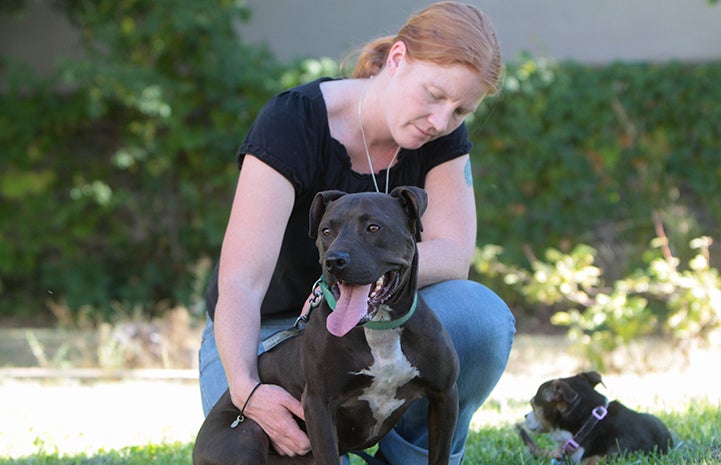 It was probably my imagination, but even my own animals seemed to want to help him pass his test. My cat Ash would push things off my desk. There is a “startle test” as part of the CGC, so Lance passed that part every time. Walking on a leash wasn't an issue if he had Heaven and Smidge, my two dogs, to walk with him. He was very confident with them, but by himself he would shut down. No matter the treats, because nothing was a high enough reward to help him overcome that paralyzing fear that caused him to just flatten on the ground.

Then one day we took the test again, and I couldn’t believe it when he passed. I truly couldn’t believe it! A week later, Lance went home with his ever-patient adopters, and I remember crying because I was so proud and happy for him. He was actually going home.

That's why I continue to do adoptions and press on, knowing there is a home out there for every animal. And with each one I place, another life can be saved.