Image
Old soul dog named Megatron, who is large and muscular, has a big, sensitive heart, and is very good-natured, is adopted by a loving family.
By Nicole Hamilton

Wherever Vincent goes with his new, larger-than-life dog Megatron, he gets stopped by people who want to pet the dog or take his picture. “People love him,” says Vincent, who adopted Megatron from the Best Friends Pet Adoption Center in New York City. In fact, he got a glimpse of how popular Megatron would be while he was still at the center.

“It was like being on the runway,” says Vincent. “People were taking photos of us and cheering, and everyone was parted to make room for us as we left. It was overwhelming, but it felt good to know how much he was loved.”

Megatron may have appeared intimidating to some because of his size and muscular physique. But in reality, he is nothing but mega amounts of love for everyone he meets. The gentle dog quickly became a staff and volunteer favorite after arriving from Animal Care Centers of NYC.

“Megatron is an old soul with a big, sensitive heart,” says Saro Buettner, pet caregiver who spent a lot of time with Megatron. “He was a mushy bear at the center — patient, sweet and stoic. He was a volunteer favorite as well. That big face was irresistible and came with an even bigger smile when belly scratches and snuggles were involved.”

How Best Friends is saving lives near you 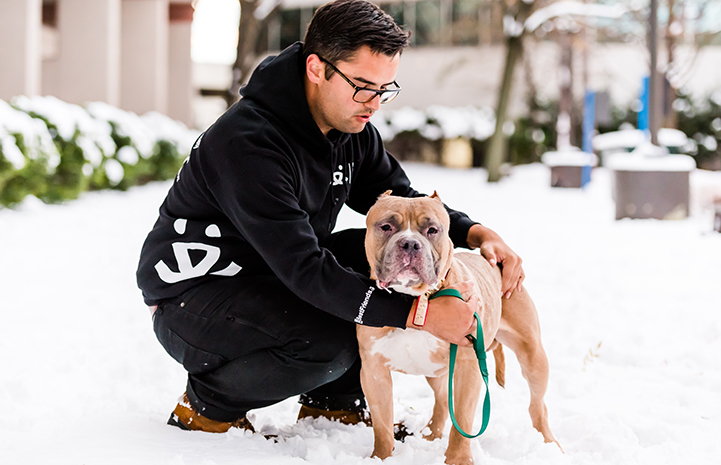 Helping a dog feel comfortable in his own skin

Megatron arrived at the center with a skin infection that was taken care of with medicated baths and foot soaks. Most dogs would find these treatments uncomfortable, but Megatron tolerated them like the good-natured dog he is, without the slightest sign of being bothered.

Because these baths, foot soaks, medication and special food would be necessary to keep his skin healthy, the required level of care might have deterred some from adopting him. But Megatron’s tough-guy appearance might have also steered some people away.

“The medical issue was definitely a challenge,” says Saro. “But it is also possible that what we saw as his most endearing feature, his giant round face, may have appeared a little imposing.” While Megatron might look scary to some, Saro says he’s really kind of a big baby, and that he didn’t look so tough when caregivers saw him asleep and cuddling with his favorite toy — a stuffed mermaid. 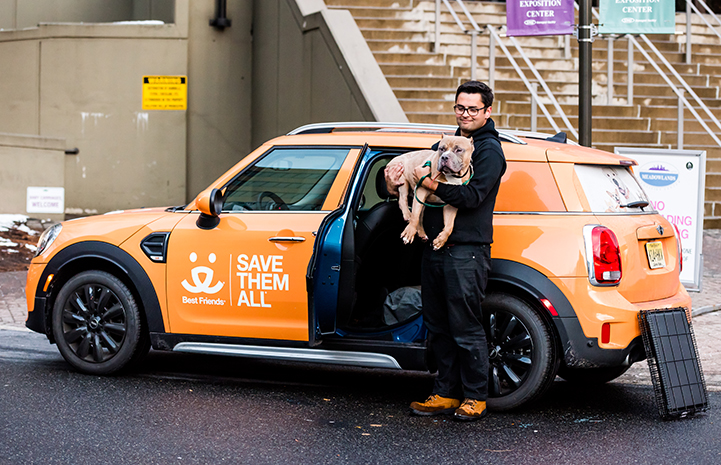 The day an old soul dog had been waiting for

It took a while, but Megatron’s adoption day finally did come. Some had walked up to Megatron’s room and thought no on adoption, but Vincent took one look at the big dog’s soulful face and thought yes. He fell in love with Megatron at first sight.

After talking to the staff about Megatron’s skin condition, Vincent was confident he could manage it and keep him healthy.

By the time Vincent walked out of the center with Megatron’s leash in hand, the number of people in the lobby seemed to have tripled. A crowd of staff and volunteers had gathered to celebrate the day Megatron had waited so patently for. There were a lot of smiles and a few tears as they cheered for Megatron and Vincent as they walked out together.

At first, Megatron paused when he stepped outside of the center, as if he couldn’t believe he wasn’t going back. Then, Vincent hailed a cab and Megatron jumped right in, ready for his next New York adventure. 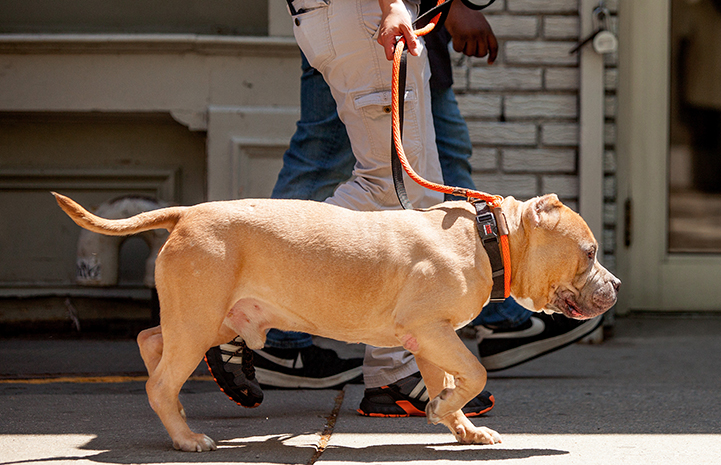 Today, Megatron is feeling good in his new home with Vincent and his partner Ryanray, who fell in love with Megatron as soon as he walked in the front door and was greeted with kisses and tail wags. Vincent also bought Megatron a set of socks made for dogs, which help keep his sensitive paws comfortable on long walks. 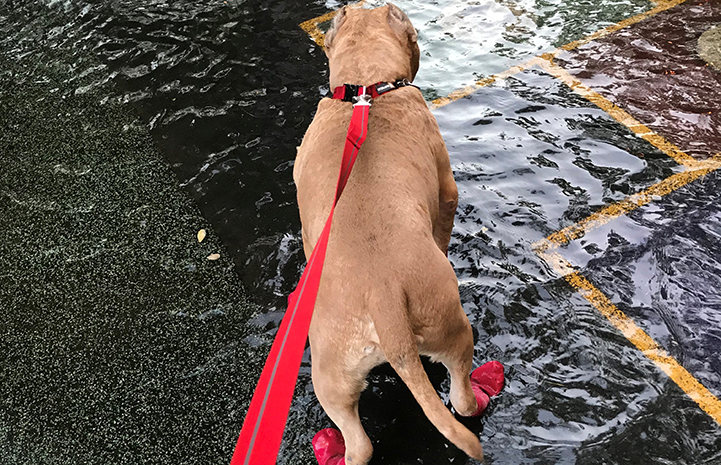 “Megatron loves everyone,” says Vincent, who has gotten used to stopping for people to pet his dog and take the occasional photograph. “He’s got a great personality, and is a bit like a human. Sometimes he looks at you like he knows what you’re thinking.”

Recently, Vincent brought Megatron back to the center for a surprise visit. “There he was in the lobby wearing little red socks to protect his sensitive feet, Vincent beaming and repeating over and over how happy Megatron is and how much they love him. It was amazing,” says Saro.

After the visit, Saro saw Vincent stop outside to pull out a collapsible water bowl for Megatron and then adjust the dog’s special socks. “Happy tears,” says Saro, describing what happened next. “The kind that comes with the territory when you care for such special souls and their departure leaves a Megatron-shaped hole. But also so, so much joy knowing that he is home and he is loved.”

Adopt your own Megatron 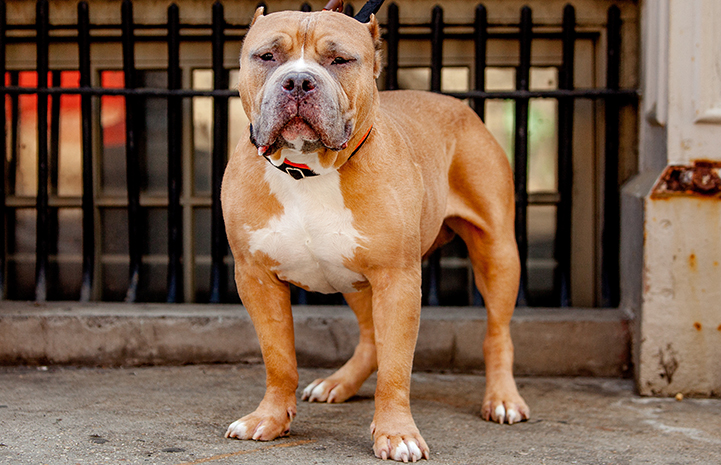