Osbourne the cat gets his life back

Ten-year-old Osbourne is comfortable and content in Cat World these days, but there’s no telling how long he lived on the streets before he was rescued. At some point while he was living with a community cat colony, he was badly injured. An abscess on his front leg just didn’t seem to be going away. Luckily, Osbourne is very friendly with people, so when the colony’s caregiver noticed his injury, it wasn’t hard to bring him in and get him help.

Wound care for a cat with FIV

First, the kind colony caregiver took Osbourne to a vet for wound care and a series of laser treatments. Although this continued for nearly a year, Osbourne was no better. Since he could not go back to living outside with his injury, he was taken in by a rescue organization. They brought him to another veterinarian, who also tried to heal his wound.

In the meantime, Osbourne had tested positive for feline immunodeficiency virus (FIV). It’s a virus that weakens a cat’s immune system and makes him more susceptible to dental disease and other infections. Though there’s no way to know for sure, it’s possible that this was why Osbourne’s immune system could not fight off the infection in his leg so that it could heal. 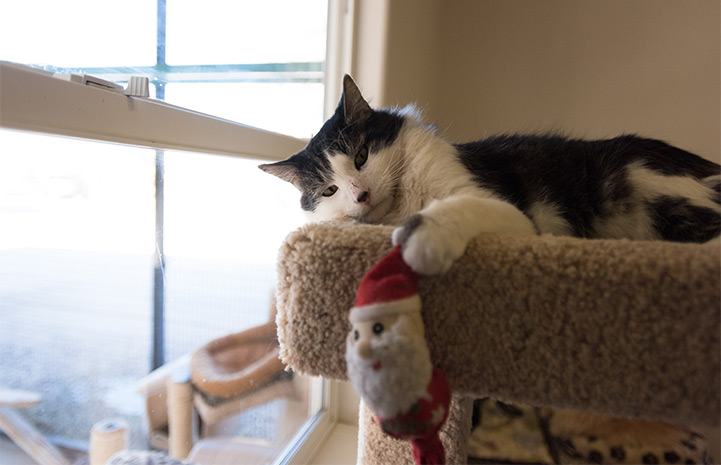 Whatever the reason, Osbourne’s vets were determined to help him. But there was still little improvement in his condition. That’s why Osbourne came to the Sanctuary last May. Although he was probably tired of vet clinics by this time, Osbourne moved into the Best Friends Animal Clinic for some intensive treatment.

Considering a cat’s quality of life

While removing his leg was a consideration, the vets determined that the wound didn’t seem to bother him that much, and they wanted to give Osbourne every chance to live his life as a four-legged cat.

There was also another quality-of-life factor to consider, and it was a big one: Osbourne had already spent a considerable amount of time living in a cage in a clinic. It’s certainly not an ideal lifestyle for any cat, and Osbourne wasn’t getting any younger. 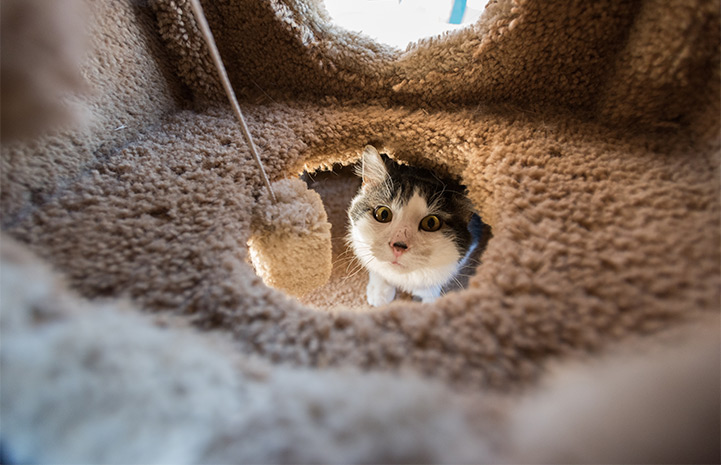 A shift in focus

The choice — either keeping Osbourne in the clinic undergoing medical treatment for an indefinite period of time or letting him move into Cat World where he could enjoy more space to roam — was clear. “It’s time for him to get a life,” says Best Friends vet Dr. Chris Hansen. “He deserves to just be a cat, and not a patient.”

The veterinary staff was optimistic about this decision. They figured Osbourne might be able to heal just as fast, or faster, if he was allowed out of the cage to have more space and to enjoy the company of other kitties. So Osbourne moved to Cat World, where he would finally have a chance to enjoy some freedom.

That didn’t mean all bets were off with the healing of his leg. Osbourne continued to get daily medical care from experienced caregivers and frequent vet checks to make sure he kept improving, however slowly. But, finally, medical treatment was no longer the primary focus of his daily life.

Enjoying life as a cat

It’s hard to say whether it was the change of scenery and extra freedom that worked wonders for Osbourne, or if his body just needed more time to respond to all the treatments. But since he moved to Cat World, the wound has gotten smaller and Osbourne’s leg is looking better every day. There’s no telling if it will ever be 100 percent healed, but one thing’s for sure: Osbourne is no longer waiting for “someday” to truly enjoy life to its fullest. 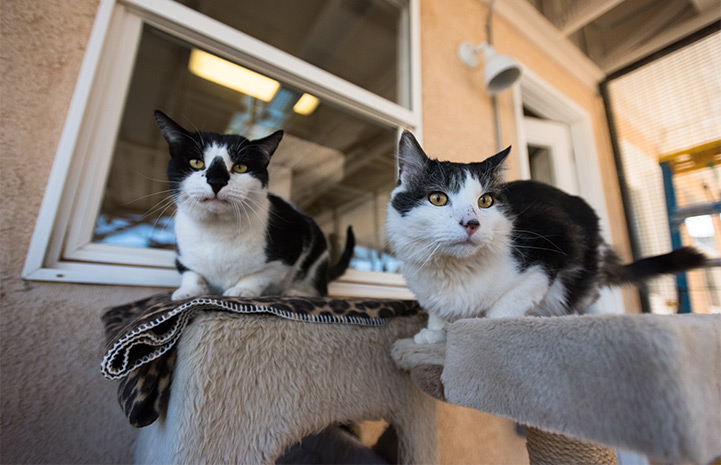