Imagine having a chronic cold that lasts for months on end. Now imagine waking up one day and finally feeling that desperately sought-after sweet relief. What a wonderful day that would be.

After months of treatment at the Sanctuary, a cat named Peekaboo had that day. And now that she’s finally caught a healthy break, she’s enjoying all the things she missed out on while she was too busy sneezing and tending to her runny nose to pay attention to anything else.

The five-year-old calico cat came to the Sanctuary from an overcrowded home about eight months ago. Because illnesses can spread quickly among cats in overcrowded environments, it was no surprise that Peekaboo arrived at Best Friends with a cold. But this was no ordinary cold. It was more like a long-lasting and recurring kitty flu, and it would take a lot of treatment and TLC to get her feeling her best again. 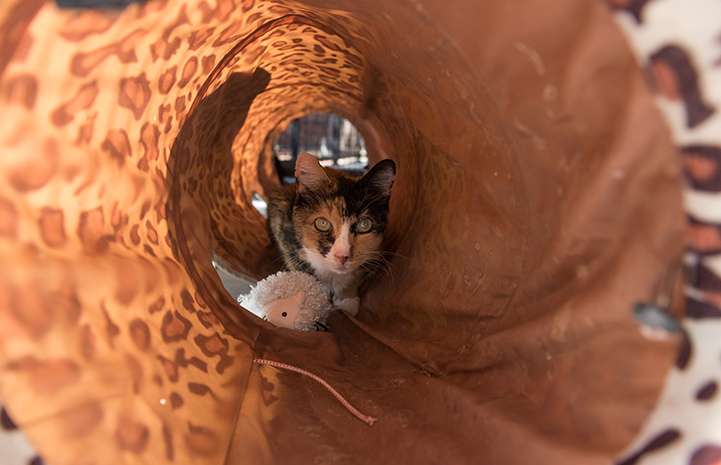 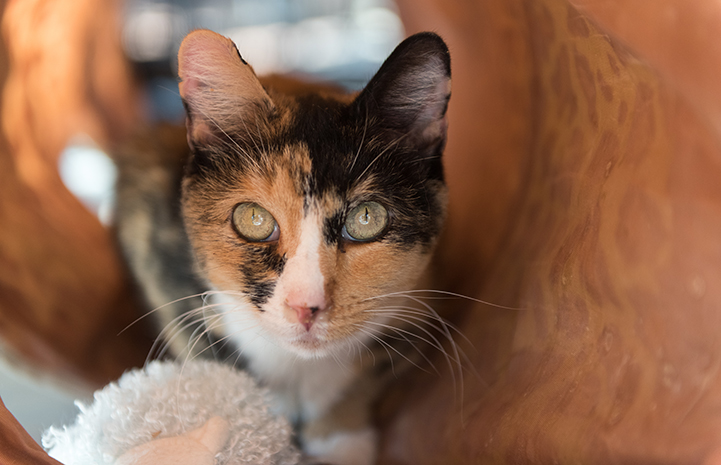 Poor Peekaboo was sneezing and coughing nonstop. Her meow was froggy, her nose ran constantly, and her eyes were watery. She couldn’t smell or taste her food, so she lost her appetite and some weight along with it. Because she felt too lousy to groom herself regularly, her pretty, tricolor coat was coarse and dull. Even her best feline friend — a cat named Angel who had come from the same overcrowded home — couldn’t cheer her up for more than a few minutes at a time.

From the moment she arrived at the Sanctuary, Best Friends vets and Cat World caregivers gave Peekaboo the best possible treatment to ease her symptoms and to root out the underlying cause of her illness. Each day, she received medication and a nebulizer treatment to help with her breathing. Caregivers watched her carefully to make sure her cold wasn’t getting any worse and to note any signs of improvement. She got frequent vet checkups, as well as baby food and treats to entice her to eat enough every day. 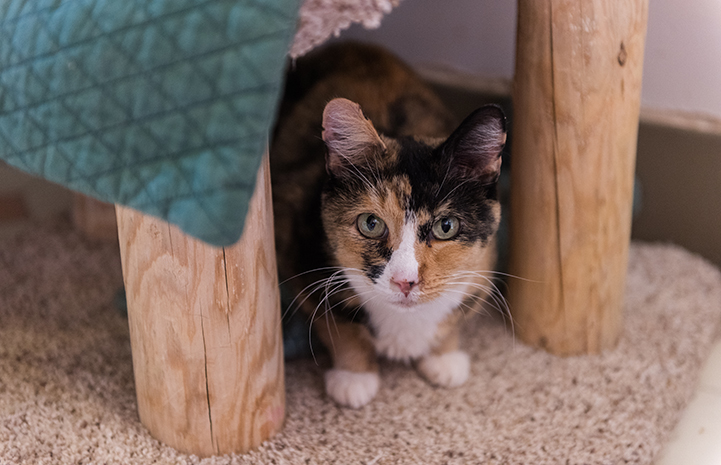 Nothing seemed to bring relief until that day when Peekaboo went to the Best Friends Animal Clinic for a dental cleaning. She returned to Cat World toothless, but as she recovered from the procedure in the ensuing weeks, there was a huge improvement in her overall health.

Her eyes cleared, and her nose stopped running. The daily nebulizer treatments and medications became a thing of the past. Even without teeth, Peekaboo became much more interested in her food. These days she eats and drinks well on her own, without the added temptation of baby food (though she still gets spoiled with cat treats from time to time). She’s even put some healthy weight back on, and her calico coat is soft and silky again.

Now that Peekaboo is feeling such sweet relief, she meows a happy little greeting when she sees visitors and her favorite caregivers. And instead of sneezing, she rubs, purrs and rolls around at their feet. 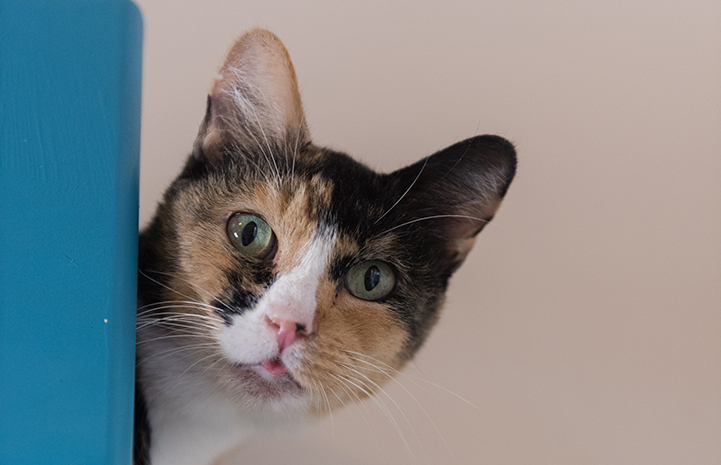