It was nearing the end of a busy work week for Leah Long, a community cat program (CCP) coordinator for Best Friends, when she received an unusual trap-neuter-return (TNR) request. TNR includes several important components that make up Best Friends’ community cat programs: trapping, spaying or neutering, vaccinating and then returning community cats (stray, feral and free-roaming) to their original outdoor locations. It’s the most humane and most effective method of preventing cats from entering the shelter system.

When the director of the Jefferson Parish (Louisiana) Animal Shelter asked Leah and fellow coordinator Michelle Brodbeck if they could make the two-hour trip from the shelter to Grand Isle to TNR some cats, they immediately extended their work week so they could go and spend the entire weekend trapping.

The lower half of Jefferson Parish is uninhabitable bayou terrain, but at its very tip is the barrier island of Grand Isle. That’s where the shelter was assisting after someone became overwhelmed by the free-roaming cats living outside of his home. Each time kittens were born, he brought them inside. The shelter director wanted to help end the cycle and overcrowding by spaying and neutering the cats.

As Leah and her colleague headed to the island, she dreamed of finding a sort of paradise, but instead, the people there were facing a difficult situation. The government wants to pay people to relocate because the island is often flooded and at some point is expected to be permanently submerged. But understandably, people don’t want to abandon their homes and most have chosen to stay.

Leah and Michelle set up their base of operations in a converted church and that evening got right to trapping. They met Miss AJ, who because the island is too far away to be serviced by the shelter, serves as the island’s unofficial animal control person. She and her team of volunteers were willing to do whatever it took to get the cats spayed and neutered.

Leah and Michelle worked through the night and the next day with Miss AJ her volunteers to place, monitor and pick up traps. By the end of the weekend, the van was full of cats to be fixed, vaccinated and returned to their island home.

“We TNR’d over 60 cats in one weekend,” says Leah. “And we were able to do it because of the people at the shelter who provided support — the veterinarians and clinics making time and space to do those surgeries and the volunteers staying up throughout the night watching those traps with us.” 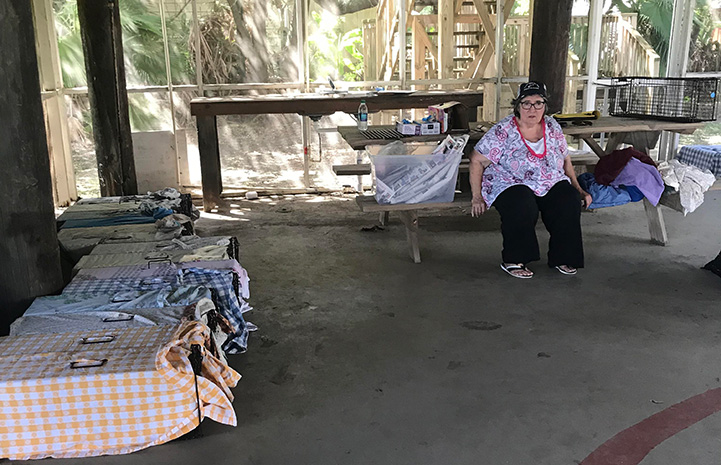 CCP as a community solution

Needless to say, not everything went according to plan. When Leah and Michelle went back to Grand Isle to return the cats, they found it flooded. A storm several states away caused high ocean levels and The CCP coordinators had misgivings about releasing the cats on a flooded island. But the people of Grand Isle insisted the cats knew exactly what to do, since this happened almost on a weekly basis on the island. “They were right,” Leah says. “The cats went up to the rafters of the lifted houses and were completely fine.” 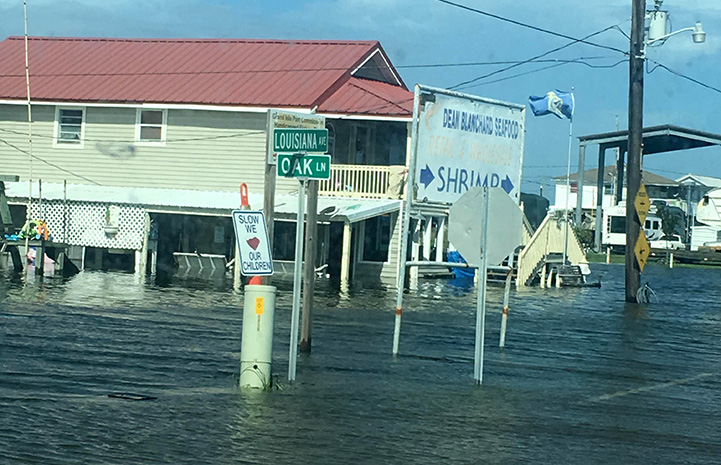 On the long ride back to the shelter, Leah contemplated the entire weekend and how everyone pulled together to help the cats, the overwhelmed caregiver and a community struggling to hold onto their homes and their way of life.

“The more I thought about it, the more I realized that this was exactly what our program is about,” Leah says. “This, like all CCPs, is about a community problem, with a community solution.”

Here’s how to help community cats near you