How could the average New Yorker help neglected and abused dogs languishing in kennels half way across the country in rural America? Recently, Best Friends supporters did just that. 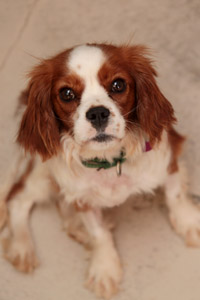 On January 10, 2014, Governor Cuomo signed the pet dealer bill into law, which will allow municipalities to regulate the pet trade within their jurisdictions. The impetus behind the bill is increased accountability in the way commercial kennels and pet stores treat their animals. Before the governor lent his seal of approval, local governments weren’t allowed to pass laws calling for more pet industry oversight than was already on the books in New York State.

“New York was unique because it was the only state that didn’t allow local governments to regulate pet dealers,” says Elizabeth Oreck, national manager of puppy mill initiatives. “Best Friends and its members joined forces with animal-loving New Yorkers and rescue organizations to encourage the legislature to pass this critical legislation, and to lobby the governor en masse to sign the bill into law." She further explains that New York is in the top three states that have the most pet store sales, so stricter laws will be impacting a lot of animals. “The state has relatively weak regulations regarding irresponsible breeders, and this is a big step in the right direction.”

A considerable number of dogs for sale in pet stores are transported from puppy mills around the country, especially the Midwest. The dogs are often sick or have behavioral issues due to bad breeding and lack of proper care. These animals can wind up dying in shelters when the unsuspecting public can’t handle the mounting costs. 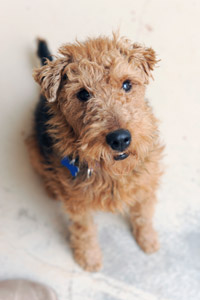 Many breed rescue groups start up as a direct result of irresponsible breeders – both backyard and puppy mills. Long Island Bulldog Rescue of New York, a No More Homeless Pet Network partner, is a prime example of why the state will benefit from stricter laws overseeing breeders and pet peddlers. Laurette Richin originally wanted to get involved with showing and breeding bulldogs, until she realized there was a greater need to rescue them. That’s when she decided to found the organization.

“Unscrupulous breeders have taken advantage of the bulldog’s popularity. They are breeding dogs that have tremendous health problems,” says Laurette. “You can’t breed healthy bulldogs and make a profit. It’s the rescue community who foots the bill when unsuspecting consumers buy a dog from a pet store or backyard breeder. Because they have so many health issues, our rescued dogs average a few thousand dollars each to get them to health.”

”So many of the dogs coming out of New York puppy mills and pet stores end up in local shelters, where it is the taxpaying public who pays to house, and often kill, these innocent pets when they don't find homes,” says Elizabeth. “The rescue community has its hands full trying to save as many of those dogs as possible, yet with irresponsible breeders continuing to flood the market with their product, it's incredibly difficult to keep up, and the dogs pay the price. When the governor signed the bill, it was a tremendous victory for the animals.”

To let your elected officials know animal issues are important to you, join the Best Friends Legislative Action Center.

Here are ways you can help dogs in puppy mills.