Image
Tabby cat suffered a severe tail-pull injury that left her with nerve damage, and her bladder muscles atrophied, but daily walks are helping her.
By Christelle L. Del Prete

Many people would agree that walking has some amazing benefits. Hippocrates, the ancient Greek physician (most famous for the Hippocratic oath that physicians take) was quoted as saying, “Walking is man’s best medicine.” It can certainly help people clear their minds, relieve stress and keep their bodies healthy and fit. But what if you’re a cat? Can walking still do all that and more? Ooms would say absolutely yes. 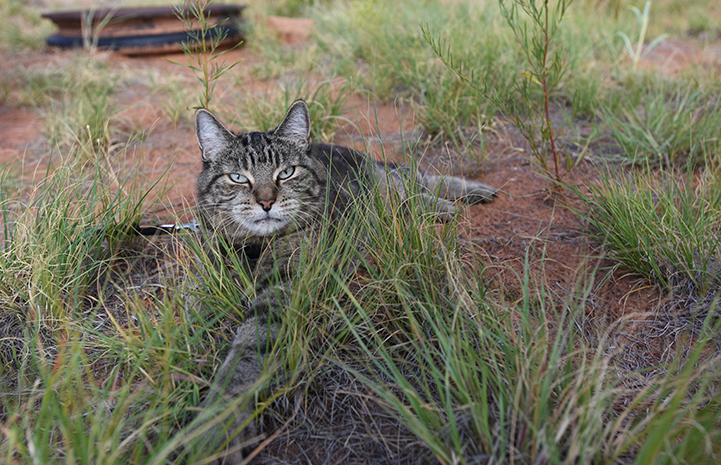 Before she came to the Sanctuary, Ooms was living with a Best Friends No More Homeless Pets network partner in Oregon. But she was having a hard time finding a home. The pretty brown tabby cat had a sad past that had left her with a serious injury. Someone had pulled her tail hard enough to cause nerve damage.

While Ooms was always very good about using her litter box, after the injury the muscles around her bladder became atrophied, making her unable to go to the bathroom on her own. That meant her caregivers had to help her out twice a day by expressing her bladder for her. It might sound like a challenge, but expressing a cat’s bladder is really no more than holding the cat still, putting a hand on her soft belly area and giving a gentle squeeze.

Ooms had surgery to help repair the damage, but, besides leaving her with a little nub tail, it didn’t really change much for her. She still needed help twice a day, every day, and that meant she would have to find a very special home. So a year ago, Ooms, who was then six, came to Best Friends.

Since she wasn’t in any pain when she arrived in Cat World, there was no reason she couldn’t enjoy the same kind of physical and mental enrichment that other cats at the Sanctuary enjoy. Ooms’ caregivers started her on cat harness training so that she could learn to walk on a leash. Walking a cat is a great way to give a curious, active feline the chance to explore the big wide world and to add excitement to his or her day.

Get more information on walking a cat

Ooms began to look forward to these excursions. Soon she started waiting by the door of her room for her turn to take a stroll around Cat World. When she started getting a little too impatient by trying to run out every time the door opened, her caregiver used a clicker to teach her to wait patiently to be taken out for her walks. 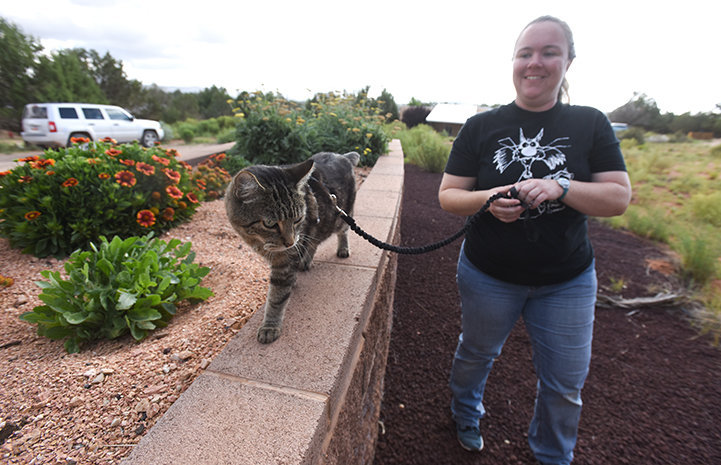 Training helped Ooms gain a little patience, while walking helped her gain a whole lot of strength — and not just in her legs. Since she mastered the cat harness leash thing, Ooms’ walks became more than fun outings. They became a form of feline physical therapy, and now she gets at least one each day.

As Ooms got into shape, she began to regain some of the muscle tone that she lost from her injury. In the past few months, her caregivers noticed that they’ve had to help her express her bladder less — sometimes only once a day and, on some days, not at all.

While Ooms hasn't yet fully recovered from her injury, there’s hope that with a lot more walking and a little luck she may someday be a lot more self-sufficient. And that will make finding her a home much easier.

Although surgery didn’t work, walking became the perfect cat tail injury treatment for Ooms. It’s helped her regain control over her body and her life. So, you could say that walking isn’t just “man’s best medicine.” In this case it’s a cat’s best medicine, too.

Help bring hope and healing to more animals like Ooms 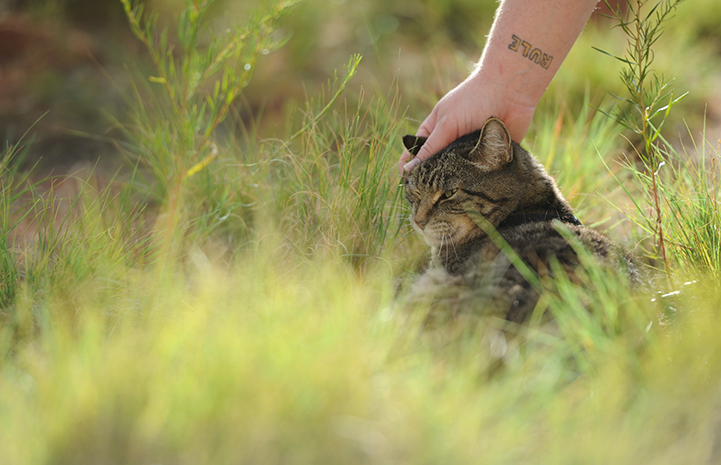