Image
Special-needs pitbull highlights how disabled animals for adoption can bring joy to his or her new family's life.
By Christelle L. Del Prete 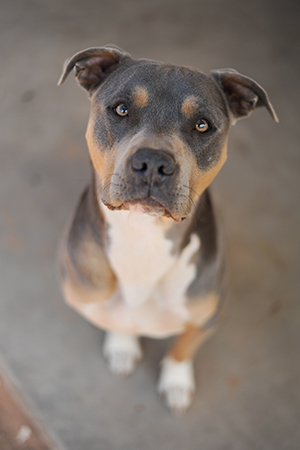 There’s no doubt about it: Hammer is a hunk. But this handsome dog’s sad past has left him with an embarrassing problem that can’t be fixed or hidden. Even as polite and well mannered as he is, the problem sometimes makes social situations a bit awkward. Luckily, Hammer takes it in stride like everything else in his life. He’s so patient and calm that he always seems to be basking in a Zen-like inner peace. Hang around him for a little while, and you’ll start to feel that same serenity.

Before he came to the Sanctuary, the striking pit bull terrier mix survived a terrible accident. A heavy object fell on his back end and crushed his tail, most of which was so badly damaged that it had to be removed. He was left with a nubbin that wags when he’s happy. That would have been A-OK if the surgery had been a success. But something went wrong, and poor Hammer suffered permanent nerve damage.

It’s not the kind of thing to discuss in polite company and it’s certainly not Hammer’s defining quality. But, while he’s not in any pain, he can't always control when and where he goes to the bathroom. The nerve damage can’t be reversed, and treatments and medications won’t work. That makes finding a home a lot trickier than it was before his accident.

The humane society in California where Hammer had been living didn’t have the resources to promote a special-needs dog adoption. And since they didn’t think they could help Hammer find a home where his incontinence would be accepted, he was sent to the Sanctuary for the second chance he deserves. Sure, it might take a little time for him to find someone to love him just the way he is. But while he’s waiting, he’s having fun, setting an amazing example and teaching a powerful life lesson.

Check out our Love Is Special adoption promotion

There’s a lot that can be learned from simply watching the way Hammer moves, whether he’s walking along a quiet winding trail, tiptoeing through high grass in a meadow or investigating the edge of the Sanctuary’s hidden lake. He is calm, unhurried and almost meditative. This is a dog who literally takes the time to smell the wildflowers. He takes his walks like everything else in life — in perfect stride.

Hammer may seem a bit aloof when you first meet him. But after everything he's endured in life, he’s simply reserved. Rather than showing too much excitement, he prefers to charm people slowly with his Zen-like personality. His calm, quiet energy is contagious. 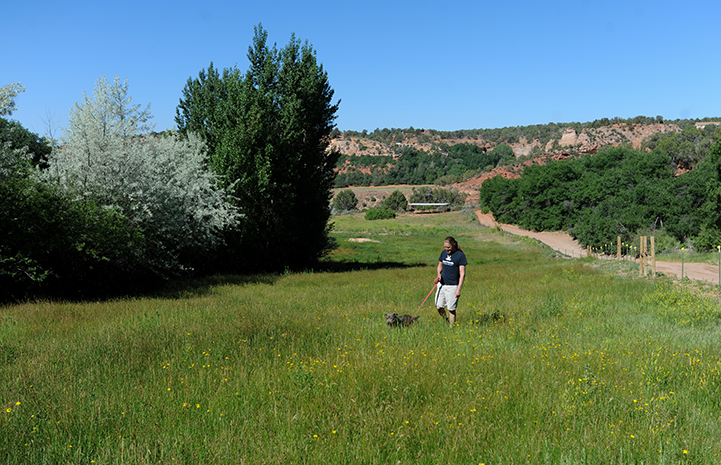 Dignity and grace of one dog

It only takes one outing or car ride with Hammer for people to feel more centered and at peace. And those who do spend time with him quickly realize that incontinence doesn’t make him imperfect. He is perfect just the way he is, because his heartbreaking past didn’t break him. Instead, he’s living proof that problems ― even embarrassing ones ― can be handled with dignity and grace.

Help bring hope and healing to more animals like Hammer 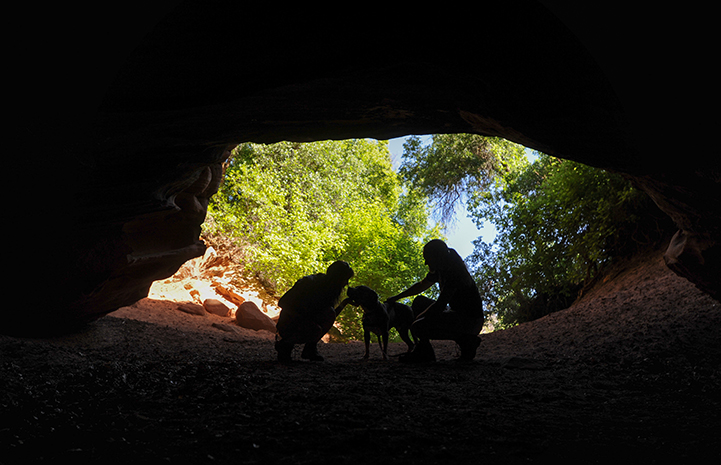