Image
Ever will likely need orthopedic surgery, but that's OK, because her new family will be there for her every step of the way.
By Christelle L. Del Prete

Everyone who’s met eight-month-old Ever, including her new family, can see that she’s one of the sweetest puppies you could ever meet. She found herself homeless when she was just a small puppy, and while everyone loves adorable puppies, Ever needed extra help to find a home. 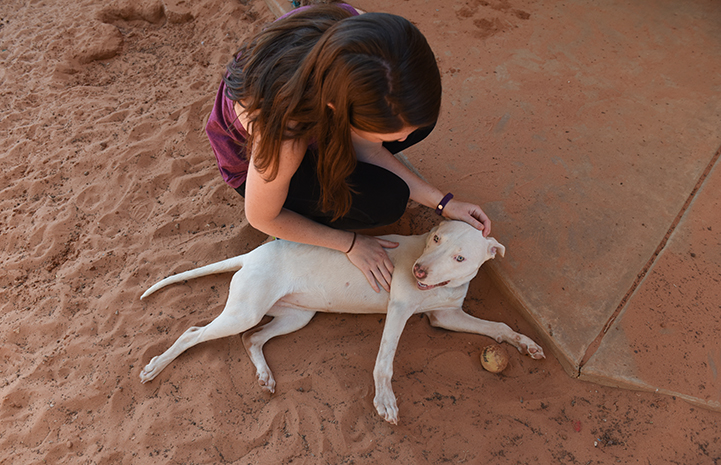 Braces and future surgery for a puppy with bowed legs

Ever has a condition called carpal hyperextension. It causes her front legs to bow, so she walks differently than other puppies. At the Sanctuary, she was fitted for orthopedic braces for dogs, which help Ever get around better so that — just like any other curious puppy — she can explore and learn about the world. 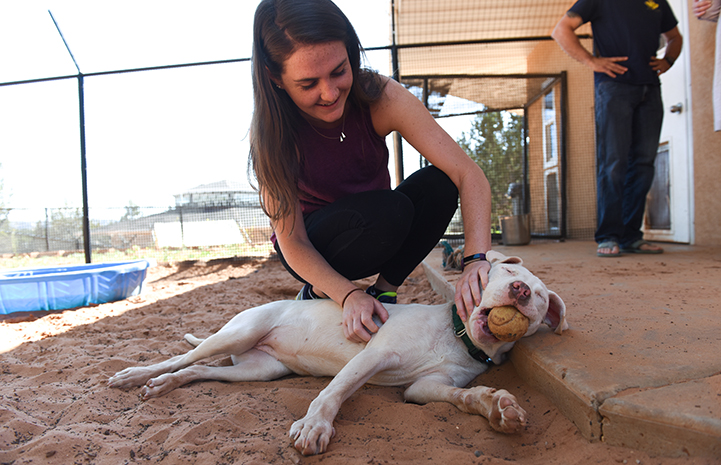 Although her braces are helping her legs grow straighter, she’ll likely need orthopedic surgery when she's fully grown. That means that anyone who wants to take her home would have to consider multiple visits to a veterinary orthopedic specialist and dog orthopedic surgery costs, as well as the work required to help a young, active dog through recovery after orthopedic surgery. 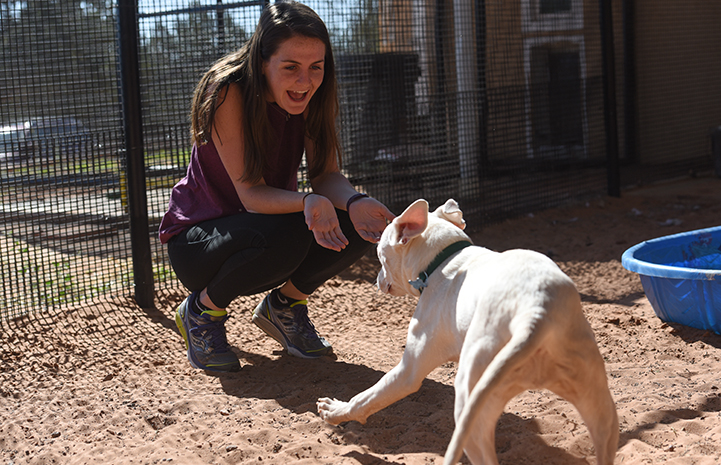 Puppy with special needs is perfect for couple

None of these things stopped Patricia Gunning and John Pike from making Ever a member of their family. While visiting the Sanctuary with their niece, Colleen, the couple met the dog while volunteering at Dogtown. All three family members instantly fell in love with her. “She has this great energy,” John says. “We couldn’t resist her,” Patricia adds. 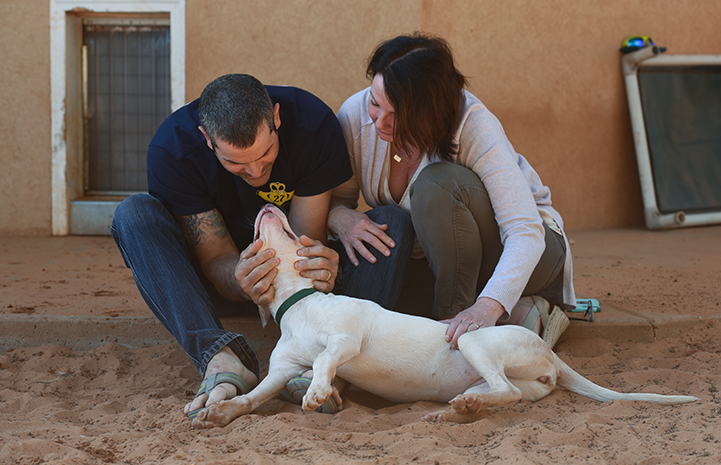 Patricia and John decided that, no matter what Ever’s future medical needs might be, she’s the perfect puppy for them. “When someone gets into your heart, you’ll do whatever it takes,” says Patricia.

Worried about how Ever would do on a long plane ride, the couple rented a car so that she could ride comfortably and enjoy some company on the 40-hour drive home to New York.

Adopted puppy settles in at home

Ever has been home for a little over a month now, and she has settled in wonderfully. She’s busy living it up with her two rescued dog siblings River and Roscoe. River, who the family adopted from Best Friends in Los Angeles, was found in a river bed and may have been unsocialized before he was with Best Friends, says Patricia. “But Ever has been playing with him and Roscoe nonstop. She’s keeping the boys on their toes. They are now more active than ever.” 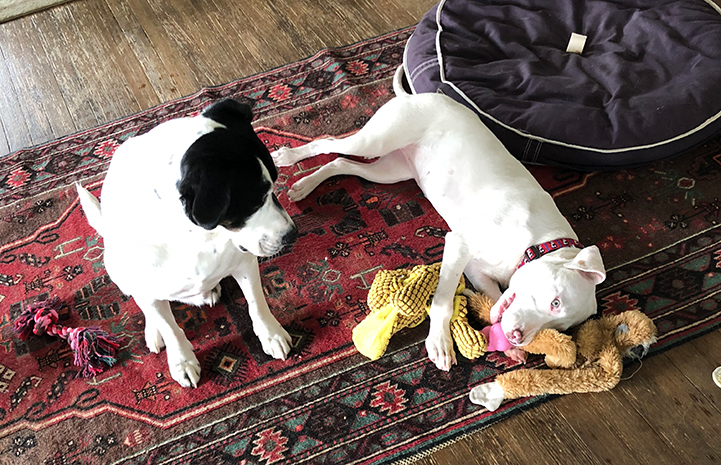 Ever wears each of her leg braces for a two and a half and hours per day. When Patricia and John put them on her, she gets a yummy frozen treat to munch on. So, she now gets excited when it’s time to wear them. She loves hanging out on the porch with River and Roscoe, and she’s even doing well with her “sister” — a cockatoo named Snowy who seems to like Ever, too.

Bowlegged puppy is a bundle of joy

“Ever likes sleeping in the afternoons by the bird,” Patricia says. “It may be because Snowy likes to lure her over to her cage by dropping food out. Either way, she’s very mellow around the bird. She also loves toys and likes parading around with them. She’s charmed every one that meets her. It’s always hard to know how a new dog will fit in with the family … but she fits right in.” 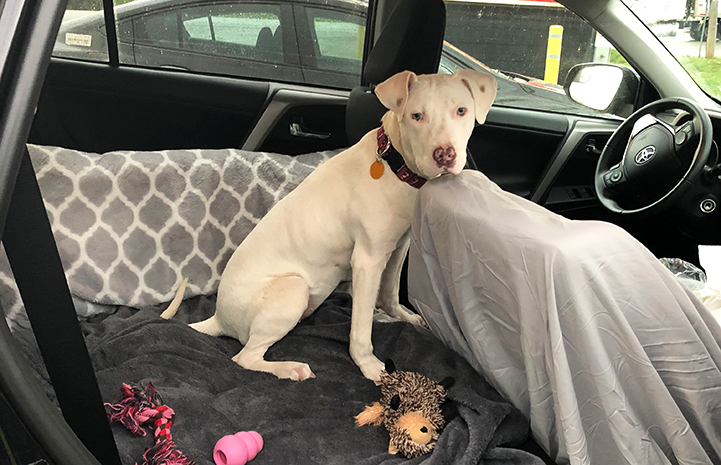 “She's blended in so well with our pack, and we love her,” John agrees. Best of all, Patricia adds, “Because she’s still a puppy, she’s very active, happy and fun. It’s been like having a baby in the house.”

While Ever is bringing a bundle of joy to her new family, the sweet puppy is enjoying the happily-ever-after she’s always deserved.