Image
Migrating gull is rescued and receiving help at the Sanctuary and will soon be released back into the wild.
By Sharon St. Joan

When the California gull arrived at Best Friends, his feathers looked pretty good and he was alert. As Carmen Smith, Best Friends’ head licensed wildlife rehabilitator, noted: “He bites really well!” Her patients do tend to bite when they first meet her, but with wild animals, a feisty streak is a sign that they’re feeling good.

The gull had come from a yard in St. George, Utah, where his kind rescuer first saw him one morning as she was going out the door to work. And when she came back from work, she saw him again. When he was still there the next day, she called local animal control, but they weren’t really the right people to care for a wild bird.

So they directed her to Best Friends, and soon the gull was on his way to Wild Friends, the area at the Sanctuary where licensed wildlife rehabilitators help all kinds of animals in need so they can return to their natural homes. 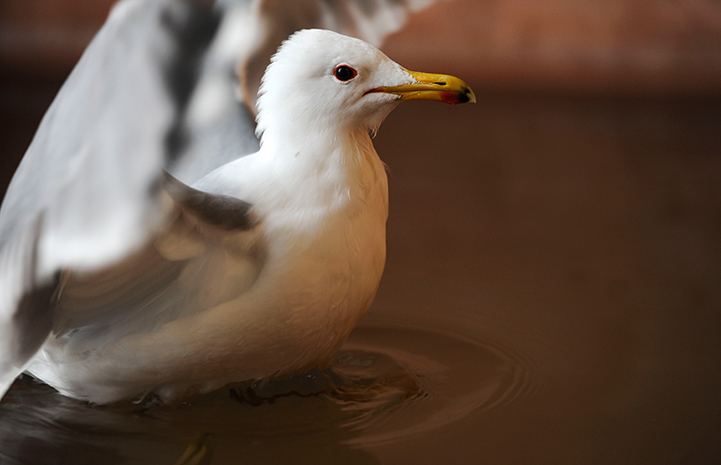 The gull had been on his migration and was heading north to Nephi, Utah, wetlands near Salt Lake City when something happened — most likely a big windstorm strong enough to blow him off course. He was an adult, but after his ordeal in the wind, he needed some extra help.

Although alert and not too badly off when he arrived at Best Friends, he was dehydrated, a bit thin, could only fly a short distance, and some of his waterproofing was gone. Birds, especially water birds, have natural waterproofing, and without it, they develop hypothermia and cannot survive. Restoring a bird’s waterproofing is a special skill that the wildlife rehabilitators at Best Friends have learned in training. .

After a few weeks of good care, he’s doing better now and enjoys munching on fruit, seeds, dog and cat food, and a pelleted insectivore diet. Like a crow, a gull is an omnivore (which means he eats both plant and animal-based food). His flying has made great strides and he’s begun to hover again, a necessity for birds flying low over the water looking for their dinner.

With his hovering skills coming back, the gull was ready to be acclimated to the weather — first on a specially designed porch with greenhouse panels that let sunlight through and regulate the temperature.

Then he moved into a more spacious outside enclosure, where along with a lovely pool, he has his very own waterfall. There’s a big paver in the center of his pool so he can stand there enjoying the water, as well as the intriguing gobbling sounds of the wild turkeys passing by. 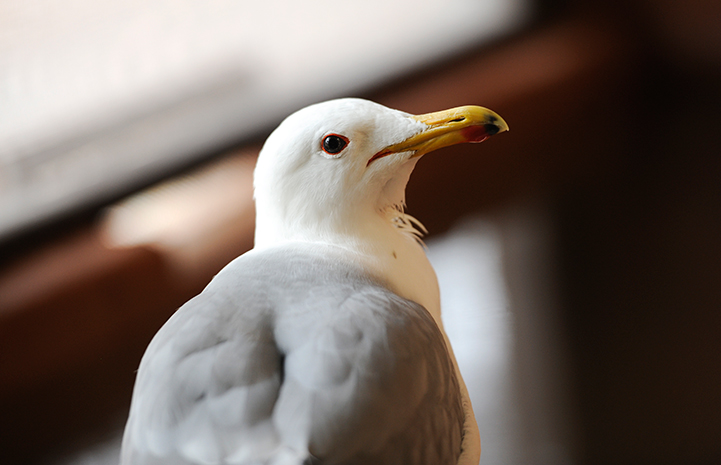 He even has long chats with another California gull named Finn, who is non-releasable and lives at Wild Friends on a permit as an educational gull. While Finn lives in a separate area and the two gulls can’t see each other, they can hear each other just fine. And they don’t seem to mind the distance if it means catching up on whatever gulls like to talk about.

Next, after some time in the large flight aviary at Wild Friends where he can fully regain his flight strength, the California gull will be all ready to go. He’ll be taken to a suitable site — possibly to a nearby state park — where he can hang out with a good-sized flock of other gulls who are taking a break on their spring migration north. That way, he’ll have a few days to make new friends, settle into the group, and finish his conditioning before heading north to the migration destination at the wetlands near Nephi. He’ll spend spring and summer happy and free in the wild again. 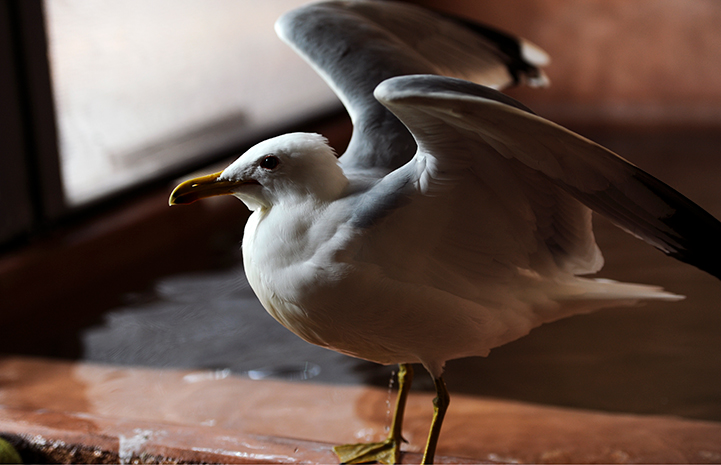