Riding with Wyatt: How overcoming car anxiety helps a dog prepare for adoption

Image
Dog who was once completely feral was afraid of almost everything, including riding in a car. With help, he slowly begins to overcome his car anxiety.
By Christelle L. Del Prete 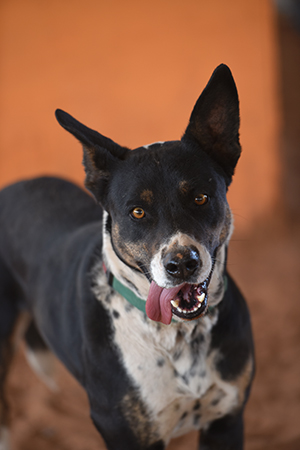 If you don’t know Wyatt, watching him walk up to an open car door and climb inside would seem perfectly ordinary. But if you do know Wyatt, you’d see it as a breakthrough moment. That’s because it took lots of hard work for Wyatt, with help from Dogtown caregivers and behavior consultants, to overcome extreme car anxiety. And when he hops out of the car and bounds eagerly into Tara's Run (Dogtown's large indoor training and agility area), it’s clear that all the effort has paid off handsomely.

A dog scared of the world

Just under three years ago, Wyatt was about a year old and completely feral. That means he wasn’t just apprehensive about the world and afraid of people, but scared of everyone and everything. He didn’t know how to do the most basic things that people expect pet dogs to do, such as walking on a leash or riding in a car. Since Wyatt needed lots of time and extra help, he was brought to Best Friends Animal Society from a rescue organization in Arizona.

Since arriving at the Sanctuary, he’s been working hard preparing for something completely new to him — life in a home with a person or family of his own. Now, after overcoming some major hurdles, Wyatt is finally ready to take that next all-important step.

After gaining Wyatt’s trust, his caregivers taught him (slowly but surely) how to walk on a leash. First it was simply a matter of letting people get close enough to attach a leash. Then it was walking out of his building and, eventually, walking on trails without panicking. 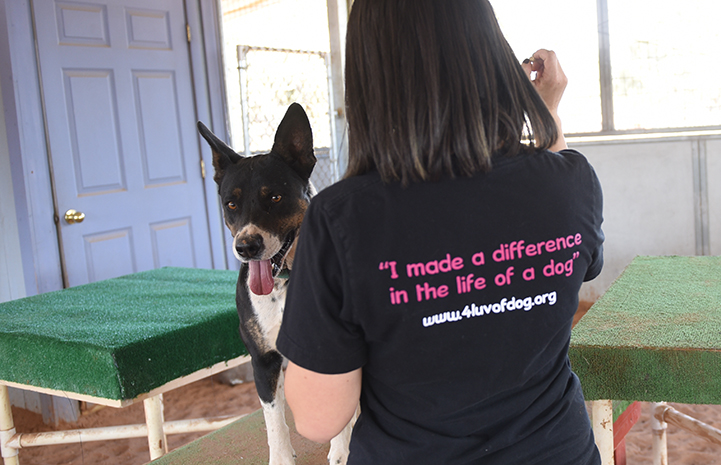 With every practice session and every walk, Wyatt became less distressed about walking on a leash. Now, going for walks with Caroline, his doggie roommate, is one of his favorite things. But a car? Scared doesn’t begin to describe how Wyatt felt about approaching a vehicle — so fearful that he refused to go anywhere near one.

Wyatt might be OK about never leaving Dogtown for the rest of his life, but that would mean missing out on all kinds of great things. It would mean he couldn’t go on fun outings — like trips to Tara’s Run to race around and play with Caroline. Extreme car anxiety also meant that he wouldn’t ever be able to go to a home of his own, even if it was the perfect home for him. 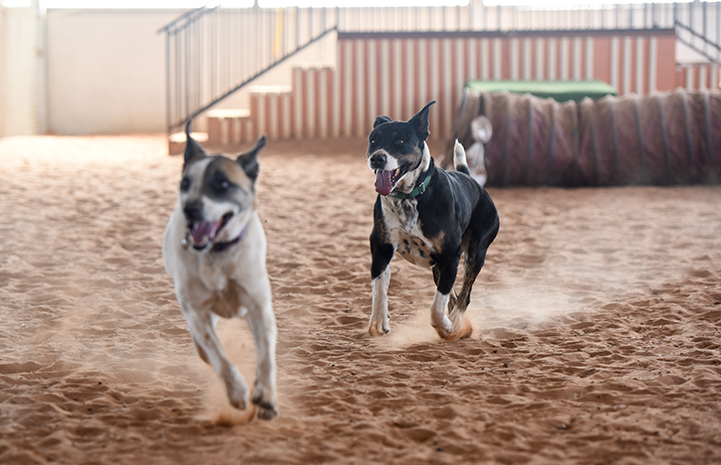 Best Friends caregivers and behavior consultants want to give every dog in Dogtown the best possible chance for a home, and they were determined to help Wyatt overcome his fear of cars. Dogtown caregiver Megan Boemeke, who’d already won over Zemo, another extremely shy dog at the Sanctuary, began working with Wyatt.

At first, Wyatt needed lots of positive reinforcement (praise and treats) to approach a car. Megan would park close to the building where Wyatt lives, walk him outside and reward him for taking even a step toward the vehicle. Over time, Wyatt became comfortable approaching the car.

How to help a dog with car anxiety

Although it would be months before he would overcome his anxiety enough to step inside the car, Wyatt had a dedicated and patient team of helpers. While Megan would climb into the back of the car and offer him encouragement and treats, another caregiver would be close by with Caroline. Because of their solid friendship, Caroline has helped Wyatt in situations where his confidence needs a little boost. 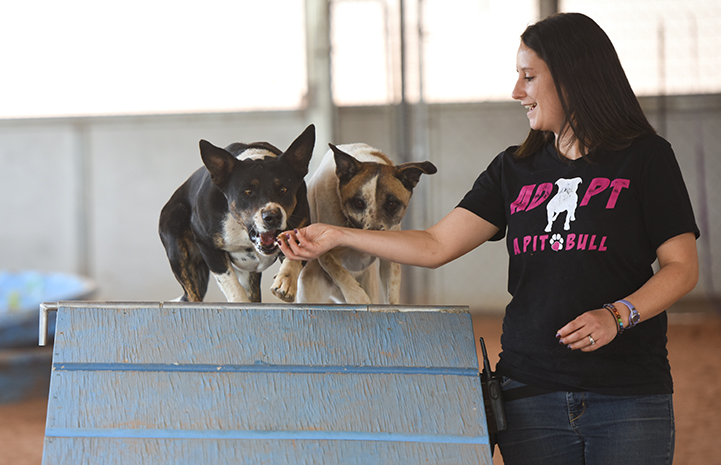 Caroline doesn’t hesitate to jump into a car, because she knows that going for a ride is fun and often leads to good things, like agility training in Tara’s Run. Caroline’s contagious excitement and caregiver support finally convinced Wyatt to take the plunge and leap into the back seat.

There was lots of celebration in Dogtown that day, because it marked the beginning of a whole new world for Wyatt; but he still needed plenty of practice getting in and out of the car before Megan turned on the ignition. Once he was comfortable with that, the next step was to turn the car on and leave it in “park” a few times so that Wyatt could get used to the sound and feel of the engine. Then, it was time for Megan to put it in “drive” and roll slowly away.

Megan took Wyatt on many short trips to fun places. ​“Tara’s Run is his favorite place, so we always try to bring him here after he gets in the car,” explains Megan. “That way, he’ll associate the car with something fun and be more willing to get in next time.”

While Wyatt might not yet include car rides on his list of favorite things to do, he’s now a lot more mobile. And the more comfortable he gets with short car rides, the further he can go — including someday to a home of his own. 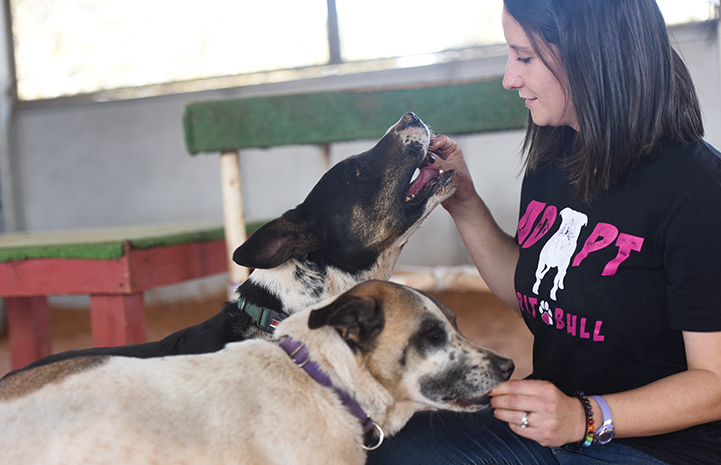