Nine little rock squirrels got off to a rocky start in life when something happened to their mother. No one is quite sure how the baby squirrels became orphaned, but they were far too young to be wandering around by themselves.

Before being brought to Wild Friends, they’d been without their mom for a couple of days and had finally crawled out of their den. That’s when someone found them, with their eyes just barely opened. At first life was really scary, since they’d lost both their mom and their home. They were dehydrated, and nothing was going well.

The kind man who found them in his yard tried to feed them, but it takes a lot of training and experience to keep orphaned animals alive; otherwise, it just doesn’t go well. 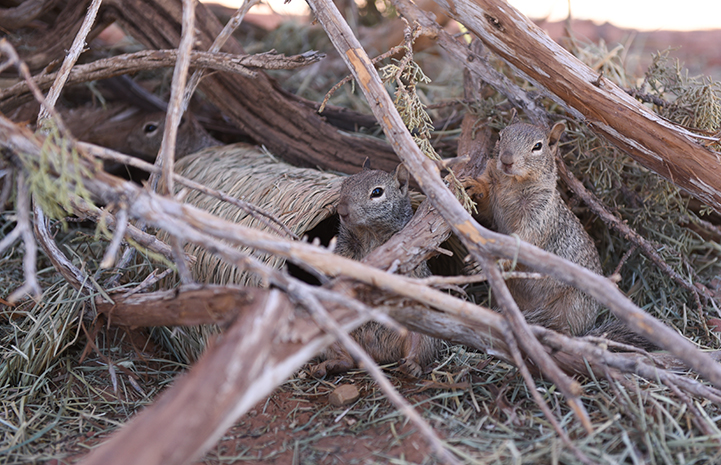 When the little youngsters arrived at Wild Friends, the wildlife rehabilitation center at Best Friends Animal Sanctuary, they were hanging on by a thread and very weak. Carmen Smith, a licensed wildlife rehabilitator who is the manager at Wild Friends, knew exactly what  and how often to feed them. It would take four to five feedings a day, with each one lasting two and a half hours. 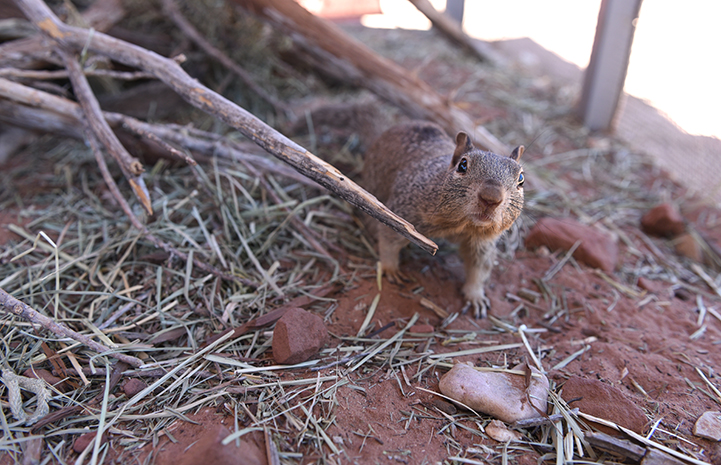 With expert care, they began to feel a lot peppier. At just four inches long (not counting the tail), the baby squirrels were around three or four weeks old.

After being put on a good diet, they were eager to eat. Now they are about 60 percent grown and have gone from eating a slurry of milk replacer to eating solid food. Their food is placed in lids and scattered around their enclosure, so that they won’t associate the presence of humans with food.

It’s really important for wild orphans to know that they are wild and not to see humans as their friends and food source; because if they become tame, they won’t have good survival skills. The goal of wildlife rehabilitation is release animals back to the wild so they can know the freedom of life in a natural habitat. Making them tame deprives them of their natural life. 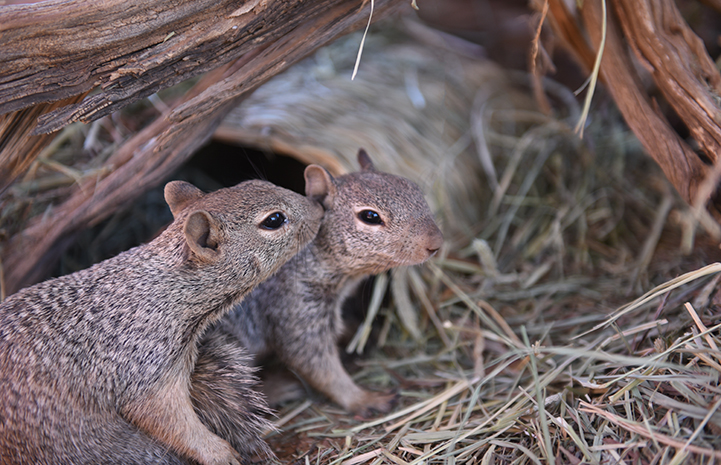 Squirrels take quite a while to be weaned and ready to be on their own — about three months.

At the Sanctuary these nine little squirrels are in a 12-by-16-foot enclosure, where they have lots of room to run and play. Juniper branches are strewn on the ground in brush piles, and there are lots of timothy hay bungalows with tunnels and loose hay on the top. They burrow a lot and scamper all over everything. Their favorite game is wrestling.

Life is turning out to be a lot more fun than it was those first few days, and they’ll be back out in the wild in a few weeks. They’ll have a soft release, meaning Wild Friends staff will continue to put out food for them for a couple of weeks, until they’ve learned exactly where and how to find their own leaves and plants to eat, and where to find water.

The squirrels will be released into good squirrel habitat, early in the day before it gets too hot. Knowing exactly how to release wild animals back to the wild is a science all in itself. This will give them the very best start to their new life, which will be filled with adventure — lots of sunny days and starry nights, with real trees to climb, and a happy life ahead. 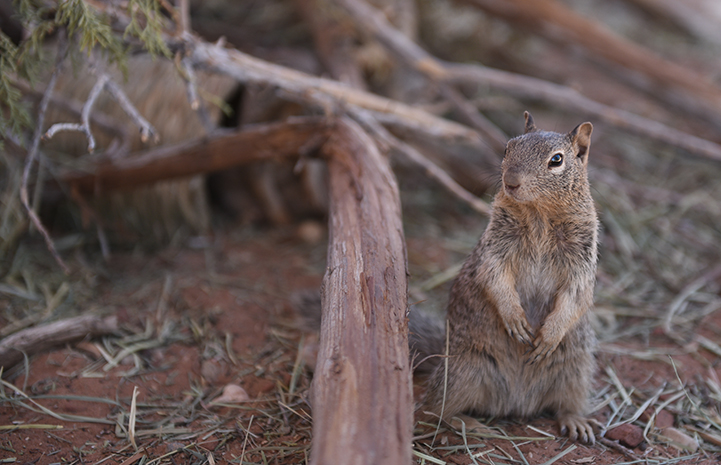