Saving a cat caught in a trap

Image
Cat caught in a trap was hurt badly. Her front feet were becoming infected, so they and part of her right front leg had to be amputated.
By Christelle L. Del Prete

Birdie’s only a year old, but she knows all about overcoming adversity. In early January of this year, a good Samaritan found the cat injured in a snowbank, unable to use her front legs. Thinking that the poor kitty had frostbite, the good Samaritan reached out for emergency help, and Birdie was soon on her way to Best Friends Animal Sanctuary.

Surgery for a cat caught in a trap

Birdie was rushed right to the Best Friends Animal Clinic. As it turned out, she didn’t have frostbite, but it was likely that both her front feet had been caught in a trap. While she was able to free herself and survive, the damage was so severe that it couldn’t be repaired, and infection was beginning to set in. At that point, her survival was certain, but Best Friends vets would do everything possible to help her.

That meant both of Birdie’s front feet and part of her right front leg would have to be amputated. It was more than enough to get any cat down, but Birdie came through the surgery with flying colors, and just two weeks later vet tech Maggie Emmert said: “Birdie is still healing from her surgery, but she’s super happy and the sweetest cat. She’s so cuddly and will nuzzle into you and give kisses. Physically, her appetite is good, and she is doing amazing.” 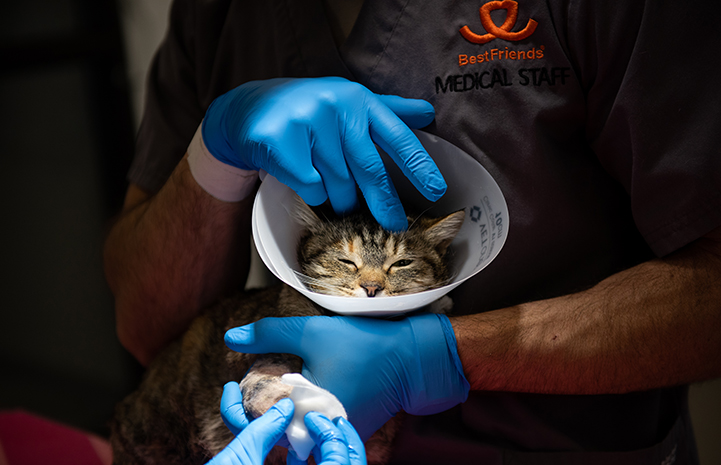 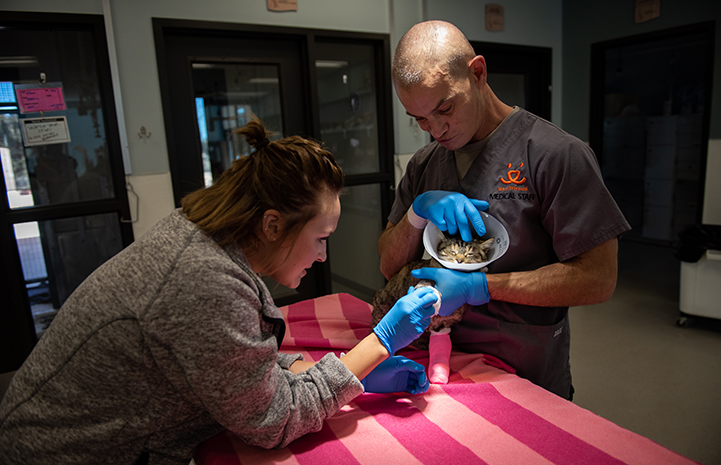 Not long after surgery, Birdie quickly answered the question that had been on everyone’s minds: How well would she be able to get around? Even before she was fully healed, the young cat was already starting to move on her own. “If you couldn't see that her feet are missing, you wouldn't know it,” Maggie said. “She’s somewhat of a miracle cat.”

Birdie lived at the clinic for a while longer so that the Best Friends veterinary team could keep changing her bandages and monitoring her healing. But it was clear that she wouldn’t need prosthetics to get around — something that had been a possibility. Above all, there was no reason she wouldn’t be able to live a long and happy life. 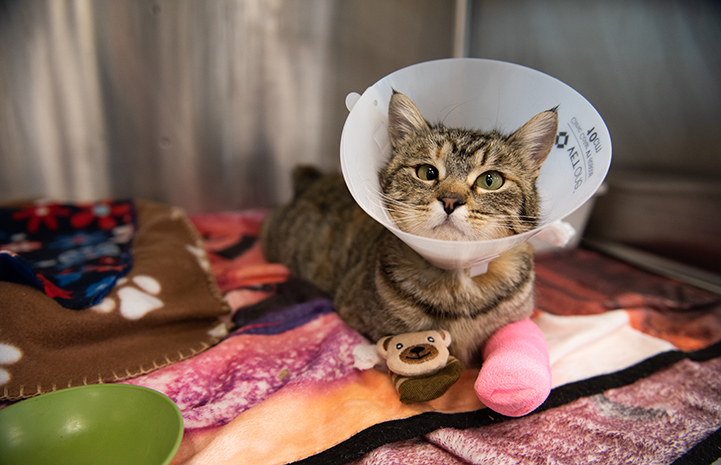 From injured to adopted

Birdie’s strength, resilience and sweetness won her plenty of fans, and not long after her surgery, she was adopted. Now, she’s adjusted wonderfully to life in a home. She gets around the house just fine, she plays and climbs up on her cat condo, and she gets along with the other pets in the household. 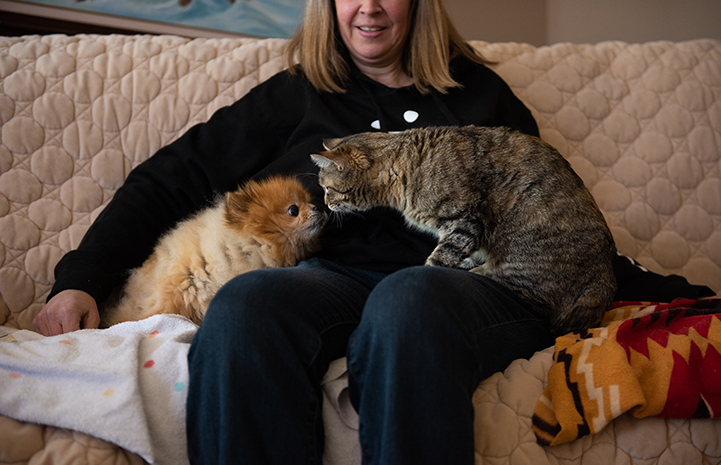 In just over a month’s time, Birdie went from fighting for her life in a snowbank to being rescued by a caring person, getting lifesaving surgery and finding a loving home. After all she’s been through, life is now very good for Birdie. 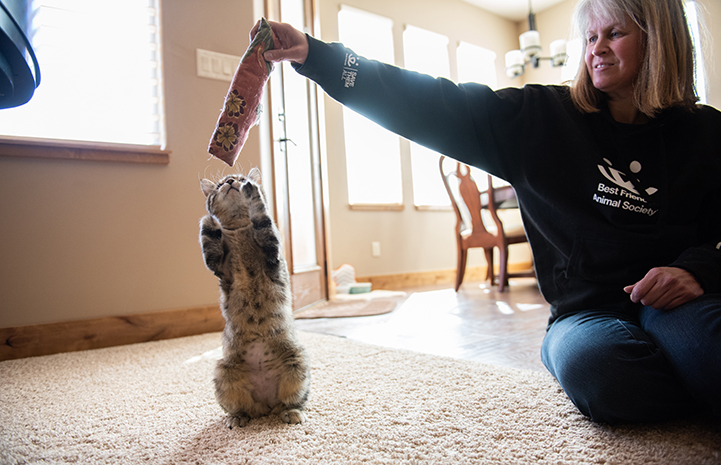 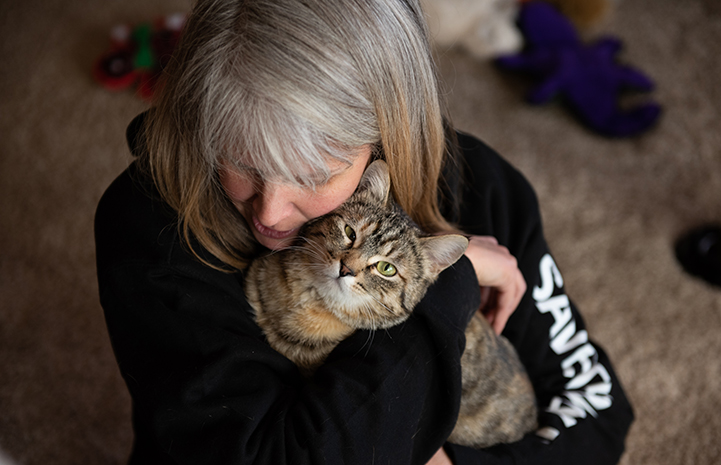