Saving Taco, a boxer puppy with a cleft palate

Tiny Taco was fragile from the moment he was born, but he landed in safe hands the very same day. The baby boxer puppy had such a severe cleft palate that he couldn’t nurse or drink from a bottle. Taco needed experienced human caregivers and round-the-clock care if he was to survive.

By the time he was 24 hours old, he’d landed at Best Friends Animal Sanctuary. After visiting the Best Friends Animal Clinic, Taco went straight to a foster home. Because he couldn’t drink from a bottle, he had to be fed through a tube every two to three hours. He also needed lots of extra TLC from his human caregivers, since he didn’t have his mother or siblings to comfort him. 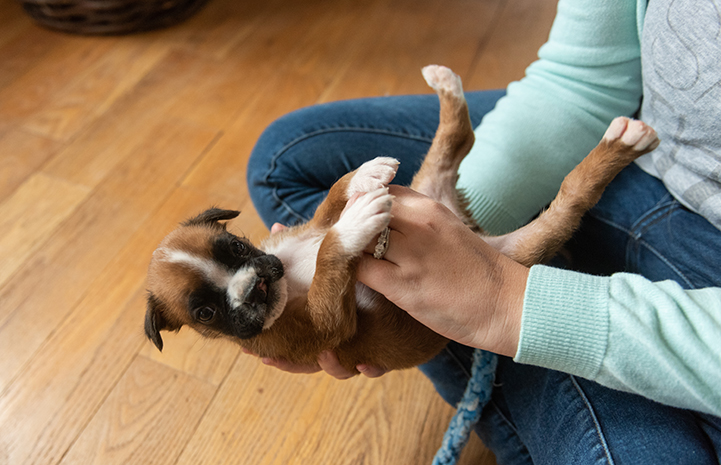 An open cleft palate is much more than a cosmetic issue. It can spell big trouble for babies like Taco. Best Friends veterinarian Dr. Patti Patterson explains: “The defect makes it virtually impossible for him to nurse. When puppies or kittens nurse, they use the roof of their mouth along with their curved tongue to make a seal around the mom’s mammary gland (or a bottle) and then they can effectively suckle. With the cleft palate, no seal is formed so they cannot suckle. It would be like trying to drink through a straw without closing your lips around it.”

Because the cleft extends up into his nose, Taco is also at risk of inhaling his food, which could lead to serious infections, including pneumonia. That’s why, as a newborn, Taco was fed through a tube that extended past the cleft palate in his mouth. That way, he didn’t have to struggle with trying to nurse, and there was no risk of him inhaling the milk. 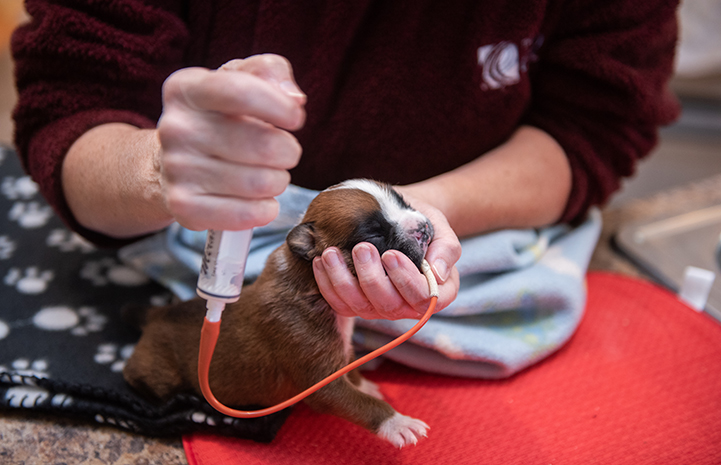 Fostering a puppy with a cleft palate

Dogtown team lead Erin Menard was up for the challenge of caring for baby Taco, so she began fostering him from the moment he arrived at the Sanctuary. Once she had mastered the feeding technique (with a little help from the Best Friends veterinary team and a backup foster mom), the rest came naturally. 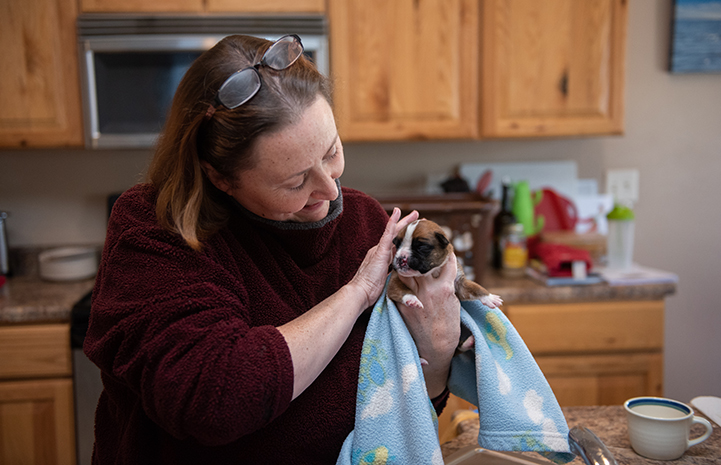 “I used my actual human mom experience,” says Erin. “Babies need constant body contact and will fail to thrive if they don’t feel that. I started tucking Taco inside my jacket or using a baby sling and bringing him around with me throughout the day, and he started to become more active and put on weight.”

Taco doesn’t have the medical “all clear” yet, and only time will tell if he will grow into a healthy adult dog. He missed out on important immunities that mother dogs pass on to their pups through their milk, and the cleft palate still makes him prone to pneumonia. But, in addition to an amazing foster home, Taco has a team of Best Friends caregivers and vets dedicated to his care, and with their help he is flourishing. 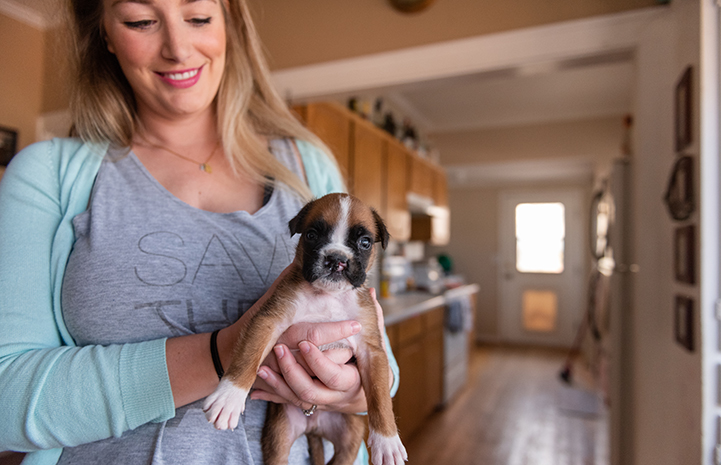 With the help of this dedicated team, Taco survived his first week and then his first month. By four weeks old, he was eating kibble, drinking from a water bottle and growing like a champ. He’d become a rowdy little “toddler” who enjoyed running all around his foster home.

Now nearly two months old, Taco is thriving. Sometimes, he comes to work with Erin and spends time behind the desk at Dogtown headquarters, greeting visitors and volunteers with his extreme cuteness.

When he’s around six months old, he’ll be ready to have cleft palate surgery. The goal of the surgery will be to close his lip and palate so that he can eat and drink normally. In the meantime, Taco is getting all the help he needs, going full speed ahead and amazing everyone with his resilience and adorableness. 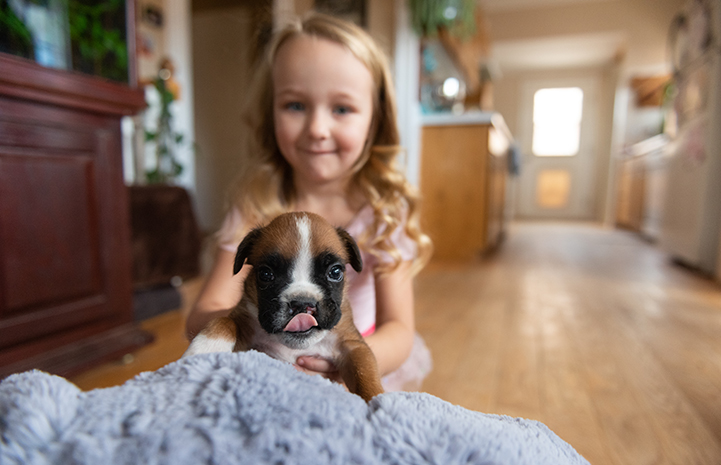 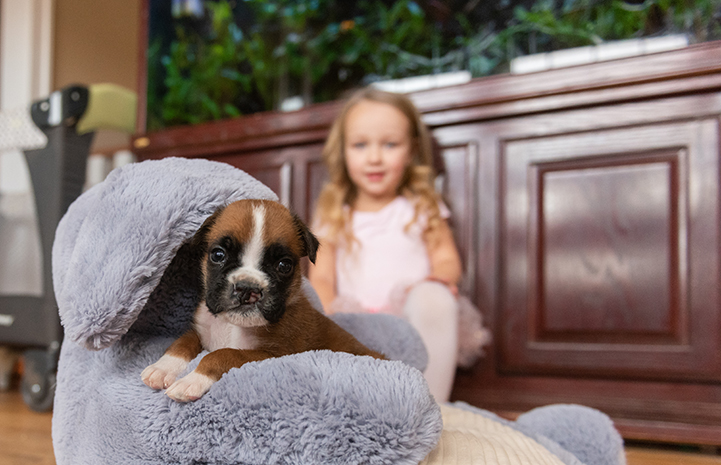