Senior cat brings love to an adopter with dementia

Image
Senior cat is adopted by senior woman suffering from dementia and her granddaughter to give the elderly grandmother comfort and make her happier.
By Nicole Hamilton

Vanessa Baldoquin was doing housework and watching the morning news just like any other day when she first saw Gloria. The 15-year-old cat, from the Best Friends Pet Adoption and Spay/Neuter Center in Los Angeles, was KTLA’s “Pet of the Week,” and she had a regal presence and calm demeanor that made Vanessa stop what she was doing and take notice.

Vanessa could see wisdom in Gloria’s eyes, the kind that can only be gained after you’ve lived for a very long time. She reminded Vanessa of Aida, her grandmother. Aida was born in Cuba and moved to America, where she worked hard to give her family a good life. Now in her 90s, with a memory that is beginning to fade, Aida needs quiet and peaceful days. Vanessa wondered whether Gloria and Aida could enjoy life a bit more if they had each other. “They are two very strong women,” says Vanessa.

“She had a presence,” says Vanessa, recalling her first impression of Gloria. Without hesitation, Vanessa called the adoption center that morning and left a message for the adoptions team, telling them that she had seen Gloria on television and wanted to meet her. 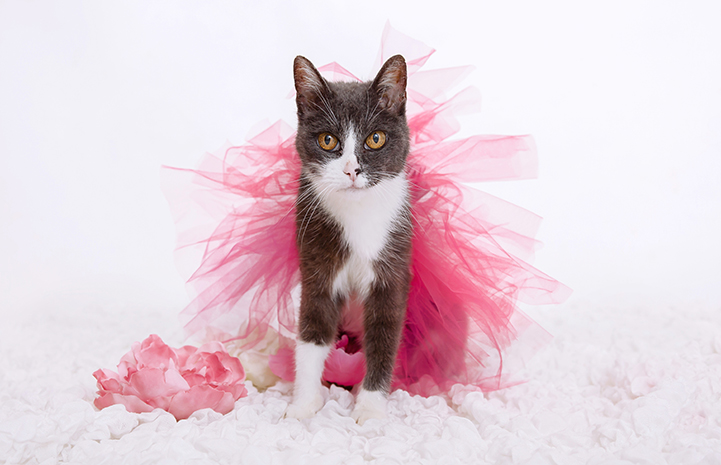 Then she went about her day, thinking that lots of people probably saw Gloria that morning and called the adoption center, too. Vanessa was at lunch with her girlfriends when the phone rang. It was staff from the adoption center asking if she was still interested in meeting Gloria. She definitely was. And with that, Vanessa knew there was a good chance that Gloria would get a home that day — her home.

A senior cat who is content in any situation

The calmness that Vanessa saw in Gloria when she made her television debut had earned her a reputation at the adoption center. Gloria was known as a cat who loved everyone, and was comfortable no matter who was around. “Gloria is an angel. She is pure love,” says Samantha DiGenova, cat behavior and enrichment lead at the adoption center. “She let anyone hold her and hug her, which is so rare for cats, and she always seemed content and made the best of every situation.”

Learn how Best Friends is saving cats like Gloria

Cat brings love and empathy to her new home

Vanessa was able to bring her grandmother to the adoption center that day to meet Gloria. As soon as her grandmother sat down, Gloria jumped up and sat down next to her. “I knew then that it would work,” says Vanessa. And because Aida is experiencing the early stages of dementia, she knew Gloria could also help her grandmother be calm during challenging times. 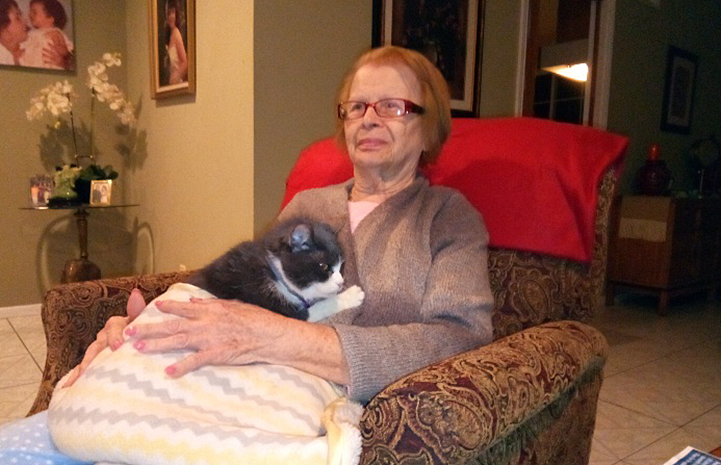 Gloria is now settling into her new home, which she shares not only with Vanessa and Aida, but Vanessa’s two dogs. So far, Vanessa has been right: Gloria has helped her grandmother feel happier and more content. On the days when Aida can’t remember things, Gloria is there by her side.

“She gives her peace and hope,” says Vanessa, who will tell you that she gets her love for animals from her grandmother. “Gloria fills our home with compassion and empathy.”

Vanessa will also tell you that she didn’t think twice about adopting a senior cat. “You don’t have to be perfect. In fact, there is no such thing as being perfect,” she says. “You just have to remember that there is no age to love.” 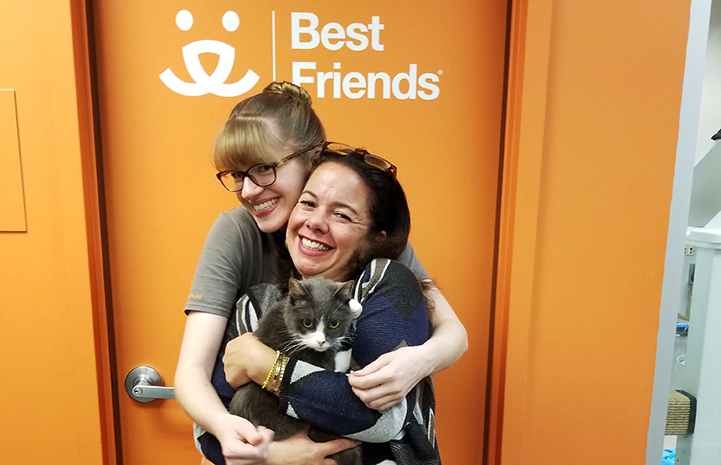