Rescued after Hurricane Irma, senior dog with laryngeal paralysis, which makes her cough when she gets excited, is adopted.
By Christelle L. Del Prete

DoSiDo was one of hundreds of pets displaced by hurricanes Harvey and Irma in 2017, but she was the only one who adopter Caroline Lynch couldn’t resist. Now, after spending some time at Best Friends Animal Society, the gentle senior dog lives in a home filled with love (and comfy pillows) on the opposite coast from where her journey began. 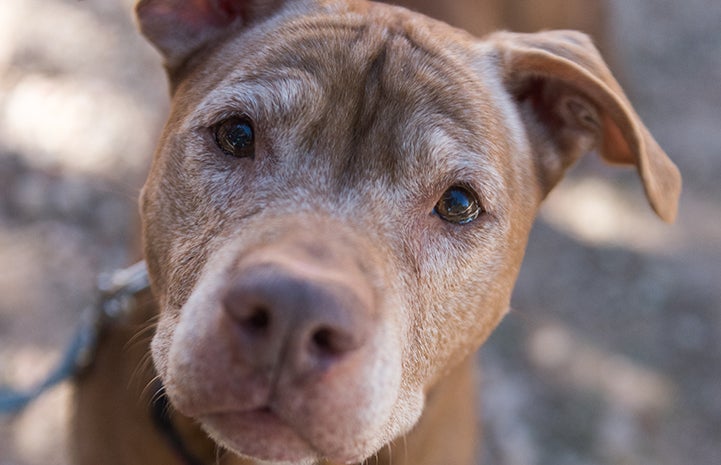 Going from shelter to Sanctuary

DoSiDo was 13 years old when Hurricane Irma hit southern Florida in September of last year. Though she was rescued and taken to a shelter that is working hard to reach no-kill, DoSiDo’s challenges have made it difficult for her to find a new home.

Besides being an older dog, she gets anxious easily, is afraid of loud noises and often barks when she’s nervous or wants attention. And her bark is rather unusual. DoSiDo has laryngeal paralysis, which affects the muscles that control the larynx (airway) and makes her cough whenever she gets excited. It sometimes makes her sound as if she’s choking (though that really is not the case) or as if she’s doing an impression of Darth Vader from Star Wars.

Because DoSiDo needed extra help to find a home, she was brought to the Sanctuary. After settling in at Old Friends, the area that many of Dogtown’s senior dogs call home, it didn’t take long for her to become a volunteer favorite and capture the heart of Caroline Lynch, who would end up bringing her home to California. 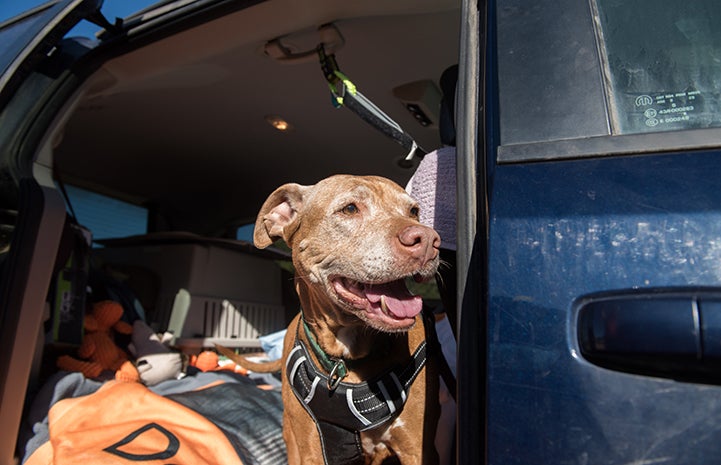 Falling in love with a sweet senior dog 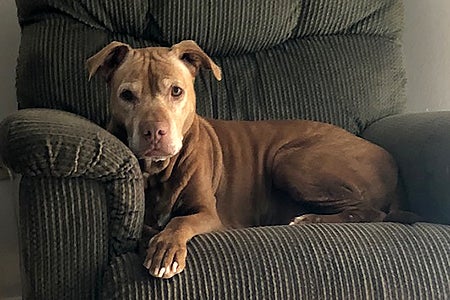 Caroline volunteered in Houston in the aftermath of Hurricane Harvey by lending a hand to Best Friends’ relief efforts. She’s also visited southern Utah several times over the past six years to volunteer at the Sanctuary. On a visit last December, she met DoSiDo at Old Friends. “Something about her face attracted me to her,” Caroline says. “I also like that she’s an older girl and can be a bit set in her ways.”

Caroline wasn’t quite ready to jump in and adopt DoSiDo, but over the following months she couldn’t stop thinking about her. During her next few visits to the Sanctuary, she took the her on several sleepovers.

On the last morning of one of her volunteer trips, just as she got into her car to drive away, she heard a song called “Holding On,” by the Piano Guys. “For some reason, when I heard the music I knew then and there that I was going to adopt DoSiDo,” Caroline says. The song made her think about how DoSiDo would run inside, look out her gate and start barking whenever she would arrive for volunteer shifts at Old Friends. “DoSiDo is waiting on you,” caregivers would say. Carolyn took it as a sign that her favorite dog wanted to come home with her for good. 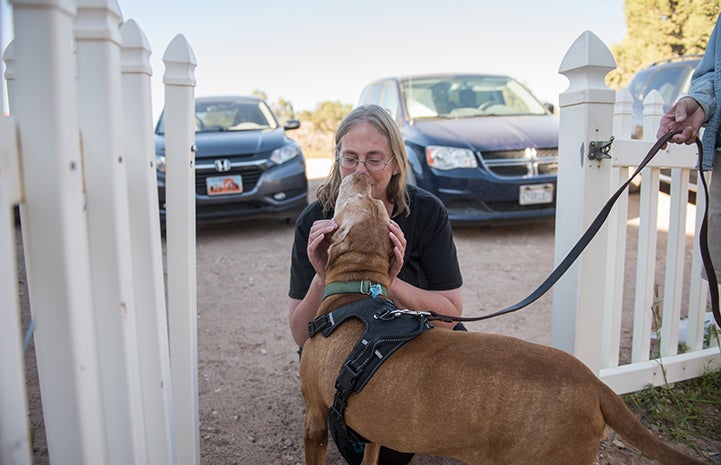 Caroline decided she would bring DoSiDo home after all. But first, she returned to California to rearrange her home so that DoSiDo would have her very own bedroom leading to an outside patio and yard. She furnished the room with recliner chairs, dog beds, pillows and piles of blankets. While DoSiDo didn’t technically need her own room or furniture, Caroline was happy to go the extra mile to make her comfortable.

“I want to ensure that DoSiDo’s time with me, for however long that may be, is the best of times,” she says.

When adoption day finally came and with the Piano Guys song playing on her car radio, Caroline drove up to Old Friends with a big sign that read: “DoSiDo homeward bound.” When a caregiver brought the dog, the two had a happy reunion and a few moments to celebrate the start of their life together. Then, Caroline helped DoSiDo into her van and the two headed home. 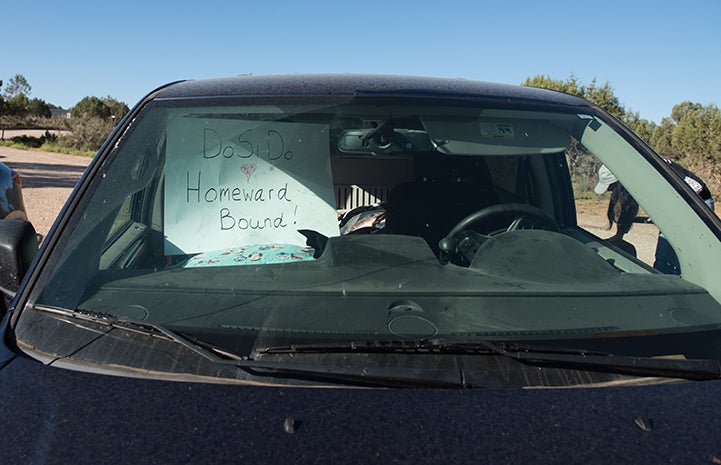 Survivor with a happy heart

No one knows what DoSiDo’s life was like before she was found during Hurricane Irma. But after being rescued from the storm and coming to Best Friends, she’s finally living the life she deserves. She now spends her says sleeping on her recliner and helping Caroline’s brother with yard work outside.

Caroline says DoSiDo loves treat time: “She gets very happy when that dog cookie bag is brought out. She takes cookies so gently, and it is a joy to watch her wag her tail as she eats them.”

Each day when Caroline gets home from work, DoSiDo stands up on her chair waiting to greet her with kisses. “She is one of the sweetest dogs I know,” says Caroline. “I’m glad that I am the one she wanted to go home with to live out her life. Her heart is happy. One night, as she laid her head down on a pillow, I saw a smile on her face. She makes me smile every day.” 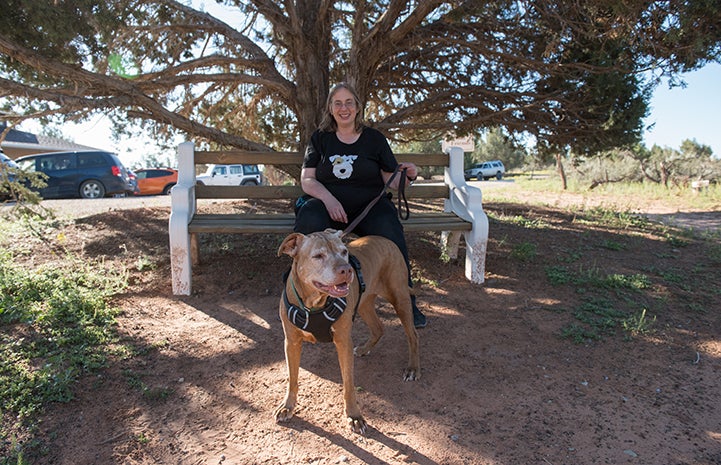