A shy dog who refused to make friends with anyone, until he met Megan

Image
Shy, reserved dog makes one friend and slowly begins to trust and open up to other people. He's now beginning to ask for attention. Great progress!
By Christelle L. Del Prete

Finding a best friend can be a lot like finding true love: It sometimes happens when you least expect it, and it’s always worth the wait. That’s how it was for Zemo, a dog who was more reserved than ready to make new friends.

Zemo had been at the Sanctuary for some time, and although many people tried to befriend him, he remained aloof. For a long time, it seemed that he just might not make friends with anyone, and although his caregivers remained hopeful, you can’t force a friendship. It would have to be on his terms.

Then, finally, it happened. Zemo met Dogtown caregiver Megan Boemeke, and that changed his life.

An act of acceptance 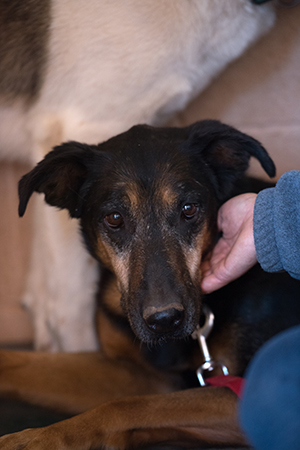 Megan had just started working with Zemo after she was assigned to his area of Dogtown. She approached him like she would any shy dog, and didn’t think much of it when he reached out and took a treat from her hand. It wasn’t until after he’d done it that she found out how monumental this was for Zemo.

Other Dogtown caregivers had tried over and over to hand-feed Zemo, but without success. In fact, he wouldn’t eat anything in front of anyone. So, when Megan came along and Zemo said yes to a treat the very first time one was offered, it was clear their friendship would be something special.

By taking food from her hand, Zemo had given Megan the key to his heart. When she realized it was a first for him, it was an emotional moment. It meant that Zemo trusted her enough to let her help him. From that point forward, she would play a huge role in helping the once-frightened dog. She would be the bridge between Zemo and other people until he gained the confidence to make friends on his own. 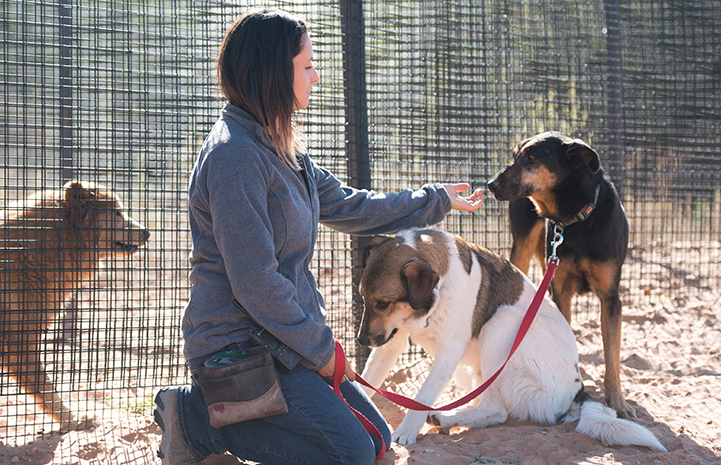 Once Zemo trusted Megan, his progress suddenly increased to warp speed. He began to take treats from other caregivers as well, and he began turning to her for assurance and affection — even barking to get her attention.

While barking for attention is not a desirable behavior for most dogs, Megan says it’s a good thing when shy dogs begin to do this, because it means that rather than trying to be invisible around people, they’re gaining the confidence to draw attention to themselves to ask for things.

Lately, Zemo has been doing so well that he can go for walks with his caregivers and volunteers. And he’s discovered that just about everywhere he goes, people will likely have a treat for him. When that happens, he’s happy to indulge. During a recent outing with his roommate at Tara's Run (Dogtown’s large indoor agility and activity building), Zemo walked confidently up to his caregivers for treats and affection. For the first time in his life, his personality is coming out.

It took Zemo years to make a friend, but now that he’s done it, he has a whole new future ahead of him. Instead of cowering away from everyone, new people aren’t so scary. In fact, they all seem to be quite nice and eager to be his friend. And they just about always have treats. 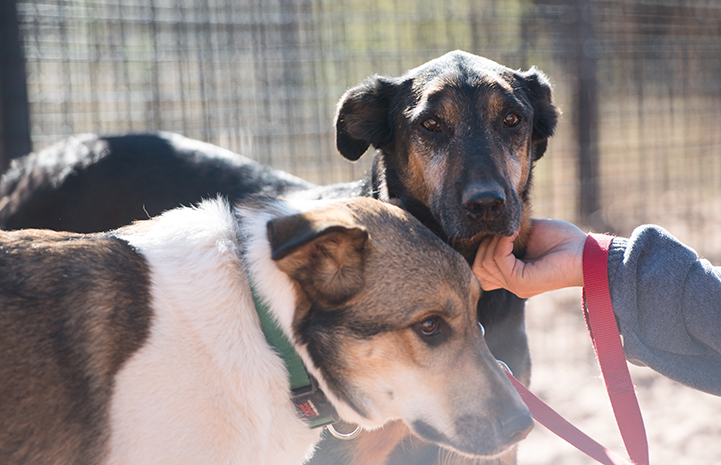