Image
A surrogate dog mom takes on the care and loving of a litter of pups that are not her own. Their own mom was hit and killed by a car.
By Elizabeth Doyle

Good pet sitters are worth their weight in gold! And when these four orphans needed someone to look after them, they got nothing but the best. They got Smidge, the pet-sitting dog!

Belladonna, Tremayne, Sebastian and Rheannon were all orphaned in the most terrible way: Their mom was hit by a car! They were left trying to fend for themselves on a Native American reservation, with just some local children bringing them food. (Some of which wasn’t stuff puppies can really eat – but the kids meant well!)

An animal control officer brought them to Best Friends, where they started getting bottle-fed, which is what they really needed, at just nine days old. But puppies on bottles need constant care, and the puppies staffer had to leave for a couple days. So she went in search of a great puppy sitter.

In theory, it was Kristi Littrell, a very experienced puppy staffer herself, who took on the job. But the truth of the matter is that it was her dog, Smidge, who started squealing when the puppies arrived and went right to work taking care of them. She was acting as their surrogate mama.

The puppies tried to nurse on her, but she kept them at bay with a paw, and began grooming them instead. She licked them all over until they were clean to her satisfaction, and then she started playing with them! In the meantime, Kristi did her small part by keeping up with the bottle-feeding. 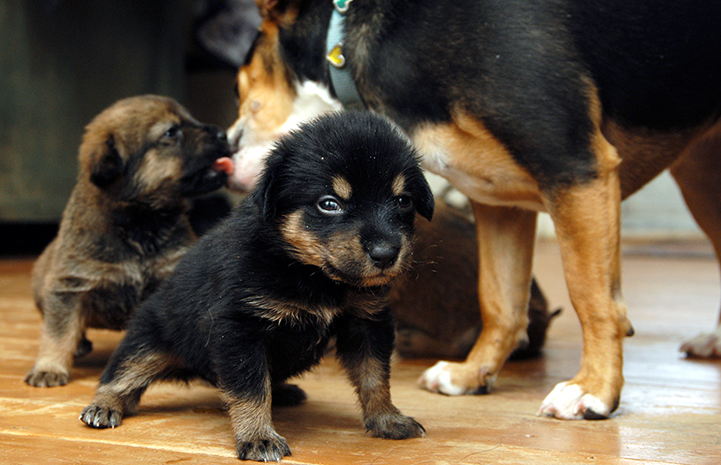 Now, all four puppies are back in the puppy area of Best Friends, and absolutely thriving! They’re healthy and well-adjusted, and will soon be on the lookout for homes. Good work, Smidge! You’ve earned your place in people’s Rolodexes under "pet sitter." 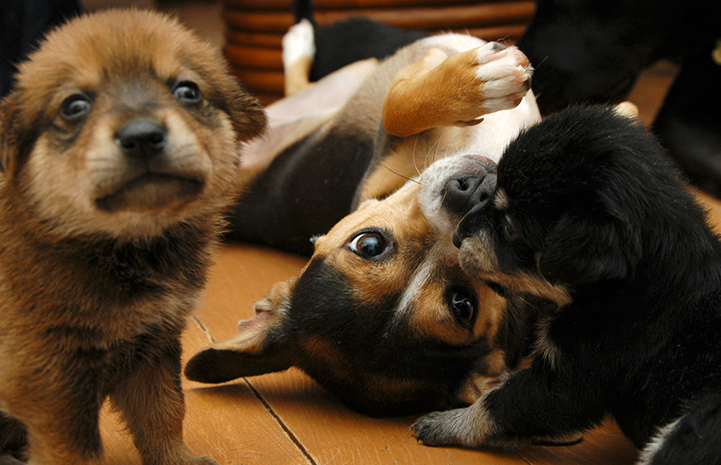