Take an adoptable dog for a hike

Laura Siciliano, a volunteer at the Best Friends Pet Adoption and Spay/Neuter Center in Los Angeles, was out walking a dog named Midas one day when she started thinking about how much he’d changed from the unsocial dog he was when she first met him several months back, to the warm and confident dog he was that day.

The outings they took together all over Los Angeles played a huge part in his transformation. And now, lots more dogs are benefitting from center outings through Adventure Buddies, a program designed to give the dogs real world experiences having fun and relaxing outside of the kennel.

Today, if you’re in and around Los Angeles, there’s a chance you may spot a dog from the center sporting an “Adopt Me” vest and having the time of their lives on an Adventure Buddies date.

A program that lets dogs hit the trails — or the couch

“The program has been such a great opportunity for the dogs,” says Elizabeth Pashley, volunteer engagement manager at the center. “Usually they return from their outings much calmer and very relaxed. A lot of times, they fall asleep when they’re back in the kennel.”

The Adventure Buddies program is especially helpful for dogs with behavioral challenges or dogs who are longtime center residents.

Volunteers who take part in Adventure Buddies have completed numerous hours of on-site volunteering with dogs, to attending classes with Best Friends staff to better understand such things as dog body language and behavior.

Once their training is finished, volunteers can sign up to take a dog out for a morning excursion before the center opens; or, they can take the dog out in the evening for a sleepover and bring them back the following morning. 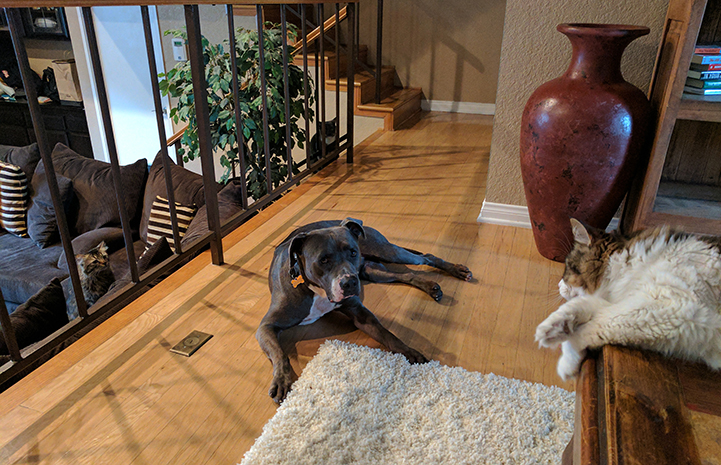 Since volunteers are welcome to take dogs out any day of the week, they can develop strong relationships with dogs and build the kind of trust that leads to lasting behavioral changes. These changes help dogs get ready to go on the greatest excursion of them all — the one where they get to go home.

Angela Holley has been an Adventure Buddies volunteer since the program launched last year. At least a few times every week, she shows up at the center and chooses a dog to go on a hike with her.

One of the things Angela loves about the program is giving the dogs the chance to experience something new. “We don’t know what their lives were like before they came to Best Friends,” she says, “so it’s exciting to see the dogs experience something that may be completely new to them. It’s heartwarming to see their happy faces as they wade through streams, hop and climb over rocks, and simply enjoy the sights and smells of the trail.” 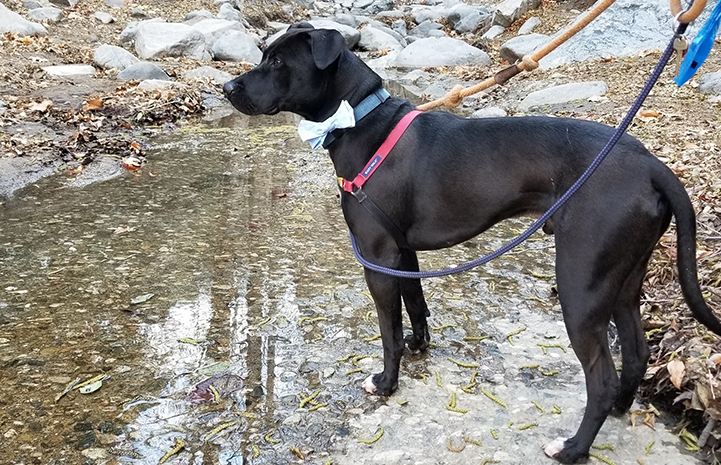 Angela makes a point of choosing a hiking partner from a few different dogs, so more have the chance to get out and explore. And she often teams up with one or two more volunteers so that the dogs can develop social skills while interacting with each other and building confidence.

Following the hikes, the dogs will sometimes sprawl out on the backseat of the car — sound asleep. And because they arrive back at the center right before it opens, they are relaxed and happy, which means they can put their best face forward for potential adopters.

The program has been pivotal in helping some of the most challenging dogs get adopted. Many of them have more energy than their kennels can contain, which promotes restlessness in the form of barking and jumping. And that’s the kind of behavior that can turn away an adopter.

“Adventure Buddies lets volunteers learn about the dogs’ personalities and habits. And they can work with them to develop new skills,” says Elizabeth. “We also encourage the volunteers to take lots of photos and video of the dogs having fun.” 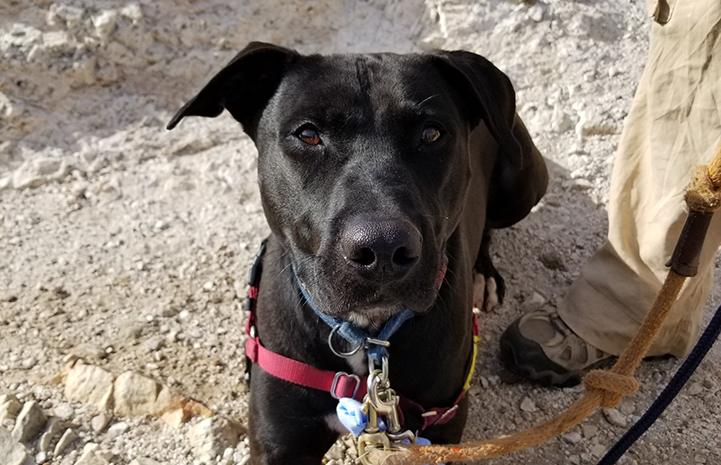 Photos can be shared on social media, in the dog’s online adoption profile, and with people who come in to meet them. “It helps them see what the dog is really like away from the center,” says Elizabeth.

Sometimes the greatest adventure is getting to go home

That’s how Midas, one of the dogs who inspired Adventure Buddies, got adopted. Laura accompanied him to an adoption event one day, and when a young couple stopped by to meet him, Laura was able to tell them how he loves little dogs and how happy he gets when he goes for a car ride.

She also told them how aloof and intimidating Midas acted toward visitors when he first came to the center, as well as after being surrendered to a Los Angeles city shelter. Back then, Midas barked — not because he was unkind, but because he wasn’t sure the world would be kind to him.

Then Laura showed the couple photos of Midas enjoying life during their outings. Each story Laura told and every photo she showed them solidified their decision to adopt Midas that day.

“I learned so much about Midas on our outings together,” says Laura. “It was instrumental in helping us know what he wanted in a living situation. Everything I learned about him helped me promote him to his new family, so that today, he has the chance to be happy and thrive in a loving home.” 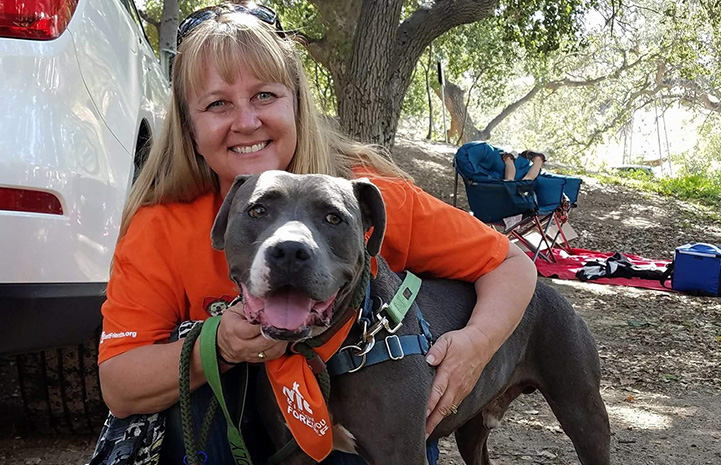