Shared love for stray cats leads to a lifesaving friendship in Baltimore.
By Christina Green

Some people may still think of feral cats — or as Best Friends prefers to call them, community cats — as nuisances unworthy of concern, including any efforts to trap/neuter/return (TNR) them. But one colony of community cats has become a cherished part of the family for a Baltimore, Maryland, business owner and his employees. The love and care shown to the community cats by his band of bearded, blue collar guys, rival that of any love enjoyed by a family pet.

That’s why the owner hesitated at the thought of trapping and fixing his cats when Best Friends local staff first approached him. Actually, it wasn’t trapping cats or even neutering them that bothered him. He worried more about his little buddies making it home safe and sound.

But after some convincing, followed by a successful TNR event, he was not only onboard with TNR, he even offered his site as a safe landing place for cats who didn’t have anywhere else to go. It’s a friendship and shared love of community cats that has already led to several lives being saved.

The Baltimore Community Cats Project, a partnership between Best Friends and PetSmart Charities™, helps prevent community cats (whether stray, feral or free-roaming) from being killed in shelters.

Whenever Baltimore Animal Rescue and Care Shelter (BARCS), the local municipal shelter partner, picks up a stray cat who is healthy or has an illness that’s treatable, the shelter turns the cat over to the Community Cats Project. Best Friends arranges for medical care, spay or neuter surgery, ear-tipping, vaccinations and care for any medical issues. After that, Best Friends staff and volunteers return the cats to their outdoor homes where they continue living happily, without adding kittens to the number of community cats already there. 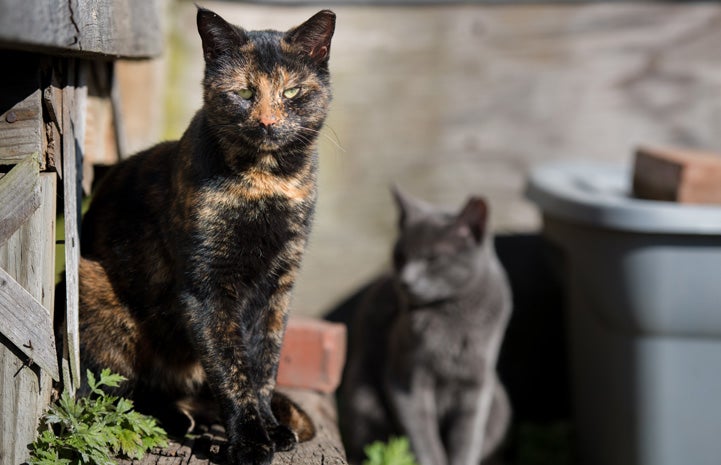 An oasis for stray cats

A trucking business might not sound like the perfect place for community cats to live. Until, that is, you see how cautiously and carefully everyone there drives around the property, mindful of their kitty colleagues.

Something else might also give this spot away as a “heaven on earth” for community cats — the wooden structures scattered around the property. Some managers encourage team building with employee retreats and trust falls. Not here.

“Together, the employees are building what they’re calling Cat City, with a whole system of wooden shelters with different levels, ramps and things for cats to climb around on and sneak through,” says Rebecca.  “The shelters include straw for warmth, and they’re even looking into placing heating mechanisms in there to keep their feline friends warm and cozy.”

The one important thing they didn’t have, however, was a way to keep their numbers from growing out of control. 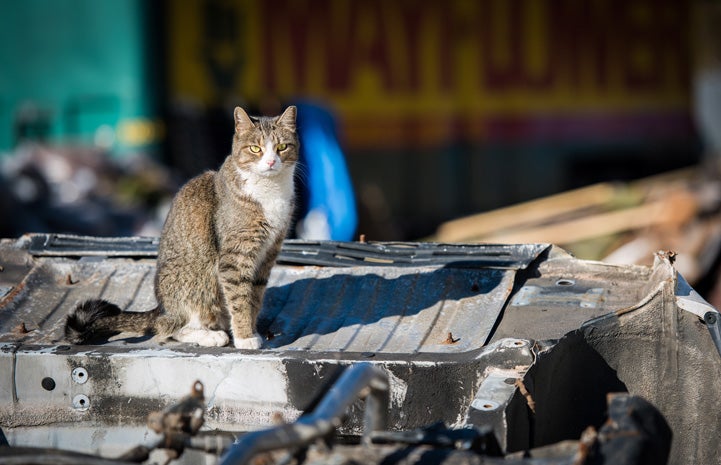 Once Rebecca convinced the business owner that no harm would come to his cats, and that it really was free, the TNR activities began. And because it ended up being such a good experience, the business owner, also called the “mayor of Cat City,” made a generous offer. He said he’d be happy to bring in a few more cats in need, welcoming them to the family, too. Rebecca knew a golden opportunity when she saw it.

“We’ve been able to place a few cats there, some semi-feral, others quite friendly,” says Rebecca. “But all are pulled from Baltimore shelters, at risk of being killed there.”

After the kind offer of help, Rebecca identified shelter cats with a slim chance of being adopted. Some were just shy, while others were rather feisty when confined indoors.

But she says it’s amazing how different the cats act from when she first meets them to when she revisits them at the site.

“I’ve seen so many cats come out of the shelter and come out of their shells here because the guys really spend quality time with them,” she says. “We truly value this partnership and it warms our hearts to see these guys giving such a fantastic outdoor home to these cats, who would have been discarded and killed without this second chance.”

They might not be able to say the words, but their actions indicate the cats appreciate the friendship, too. 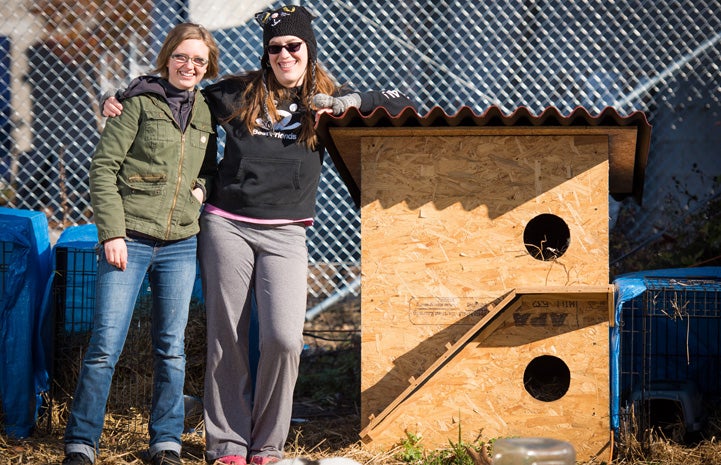