Image
Two deserving dogs are adopted into one home. Given celebrity dog names, these two are named after the Hollywood couple Tom Hanks and Rita Wilson.
By Nicole Hamilton

Tom Hanks (the dog) is just what you’d expect him to be: a good-natured guy who can be goofy or graceful depending on his mood, just like the actor. He just has a way about him that makes you feel happy when you’re around him. And that’s the same quality that earned Tom his name, as well as the leading role as Ashley Farmer’s adopted dog when she met him at the Best Friends Pet Adoption Center in Utah.

For Tom, life with Ashley was sweet from the get-go. He turned into quite the outdoorsman, thanks to Ashley’s love for hiking, first on trails in Salt Lake City and later in Las Vegas, where they live now. And after a long day on the trails, he gets to settle in for some serious couch cuddle time. But recently Ashley got the sense that there was something missing from Tom’s life. With so much positive energy and love to give, she decided he needed a companion. His Rita Wilson had to be out there somewhere. 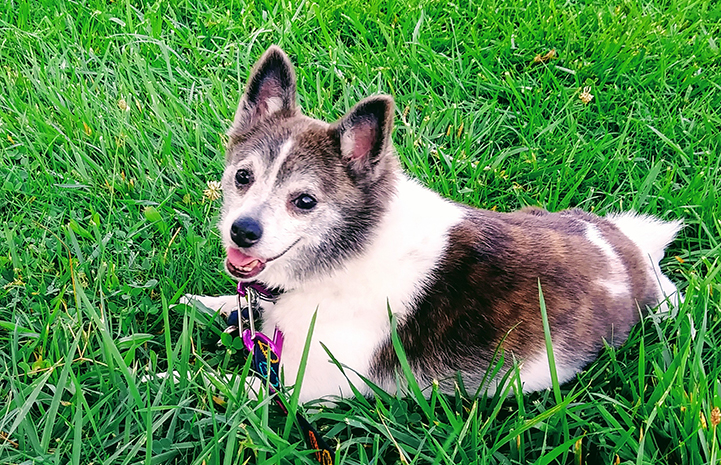 Rita was, in fact, back in Salt Lake City — at the Community Animal Welfare Society (CAWS), a partner organization in the Best Friends Network. The little senior dog was brought to CAWS after being surrendered to the Humane Society of Utah. Because Rita has a history of seizures, she didn’t fit into the society’s regular adoption program. When CAWS learned about Rita, they made room for her so they could be sure her life would be saved.

At CAWS, Rita went to live with foster mom Jenny Wright, who helped the very timid dog come out of her shell to show the red carpet confidence she has today. “She slept in her own room at first,” says Jenny. “After about a week, she got the courage to sleep next to our bed.”

Before Jenny knew it, Rita was trying to jump up on her bed to sleep with her. But this proved unsuccessful because Rita’s legs weren’t long enough to land on the mattress. Instead, every night, Jenny would pick her up and lay her next to her. 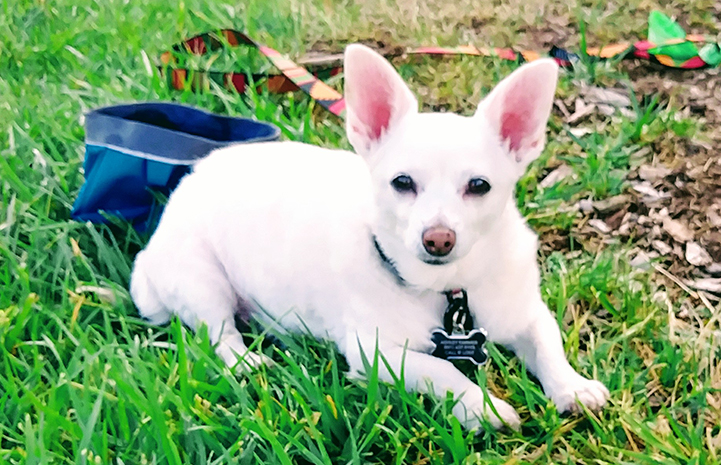 Through her connections in Salt Lake City, Ashley came across Rita’s adoption photo online, and after learning more about her, thought the two dogs could make quite the power couple. So she and Tom made the drive to CAWS where canines Tom Hanks and Rita Wilson met for the first time. And of course, they got along famously. 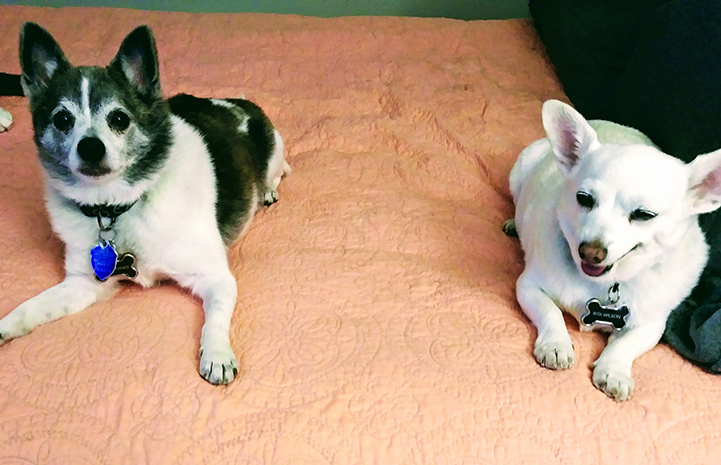 A marriage that’s for the dogs

Life is good these days for Tom and Rita. Tom has a hiking buddy, although Rita prefers taking in the fresh air from a backpack, which is much more ideal for this senior girl. 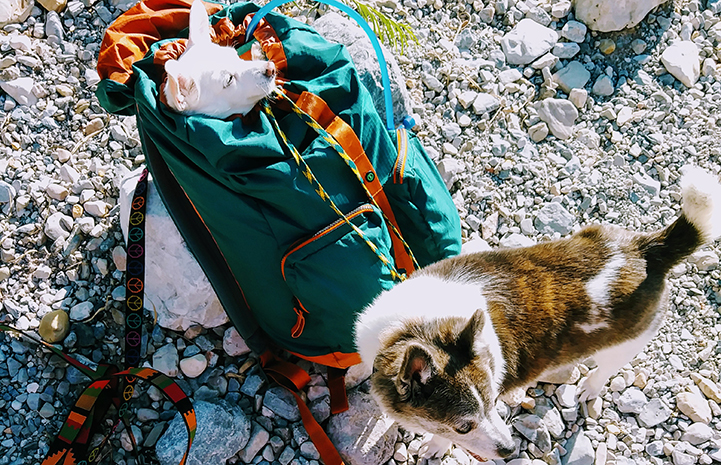 “They’ve settled in like an old married couple,” says Ashley. They play together, sleep in the same bed and act like they’ve known each other forever.

Of course, even the actors would probably agree that relationships take compromise, and this canine couple is no exception. They sometimes bicker, but they always make up before going to sleep for the night.

Be a dog’s superstar. Give to Best Friends. 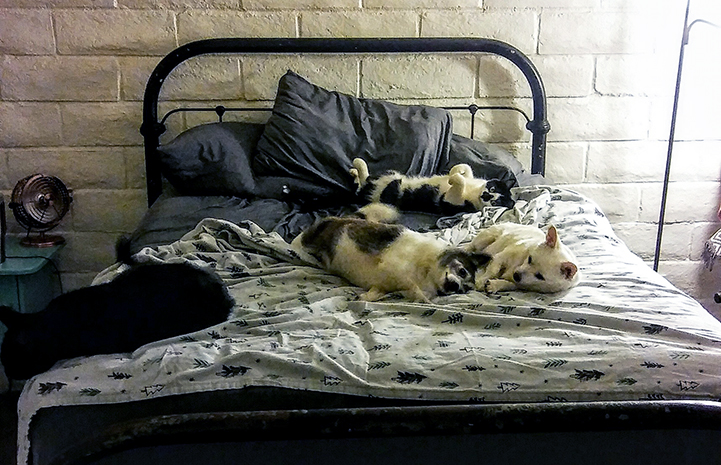