Image
Barkworks at Mission Viejo mall, which used to be supplied by a puppy mill, is now an Adopt &amp;amp; Shop ran by Found Animals and featuring rescued pets.
By Denise LeBeau

By working together, Best Friends Animal Society volunteers and No-Kill Los Angeles (NKLA) Coalition member Found Animals Foundation helped facilitate the transformation of a puppy mill-supplied pet store into a high-end adoption facility. The Barkworks pet store at the Mission Viejo mall had been the scene of peaceful protests. Compassionate volunteers educated the public on where that "doggie in the window" actually came from: a puppy mill. Barb Holcomb was one of the dedicated animal lovers who spent her weekends and evenings volunteering for Best Friends and spreading the word at this location for four years. 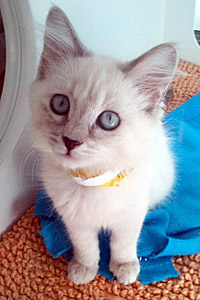 "We wanted to actually educate the public on what a puppy mill is, what the conditions are like, and the fact that 98 percent of any puppies or kittens sold in a pet store come from a commercial breeding facility," says Barb. "Someone would come up and ask us real questions, trying to understand the situation, or they would say thanks so much for referring us to a rescue instead because we got the best dog ever from a rescue and would never buy again, or after explaining in a reasonable way why we were there, people actually thanked us for not shouting but just explaining it to them. So that is what kept us going."

Keep going they did. The Barkworks at Mission Viejo mall is now being run as an Adopt & Shop by Found Animals, and the inventory of dogs and cats consists of pets rescued from the Orange County shelter system. Found Animals has been busy overhauling the venue to get it ready for their new charges, with a grand opening planned for May 21.

The new model was based on a venue that Found Animals executive director Aimee Gilbreath experienced in Park City, Utah, a few years ago. "When I saw the store with rescued dogs and cats, it was a 'wow' moment," she says. "Best Friends had a Furburbia (an animal adoption center) at the mall, and it has been on our minds ever since."

Found Animals, which also has an Adopt & Shop in Lakewood, California, has hit the ground running with the humane model pet store. In addition to taking pets-for-profit (puppy mill puppies) out of the equation, the model is also strengthening ties with municipal shelters.

"We couldn't be as successful as we're seeing the Adopt & Shops be without the strong collaboration and partnerships with the local animal control agencies and their staff," says Aimee. "They make the lifesaving possible." 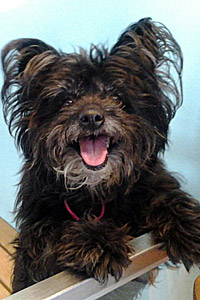 In addition to organizing the peaceful protests and volunteers, Best Friends puppy mill initiatives national manager Elizabeth Oreck was also instrumental in seeing this Adopt & Shop come to the Mission Viejo mall. Elizabeth had been working with the mall management through the demonstrations, and when they approached her about finding a new tenant, she suggested Found Animals.

"A successful store like Adopt & Shop is such a positive business model because not only does it refuse to support the cruelty of puppy mills, it relieves the burden on local shelters by getting animals out of those facilities and into retail settings, where they have a greater opportunity to be adopted by people who can't bring themselves to visit a shelter," says Elizabeth.

Get involved to help dogs rescued from puppy mills

Lend your voice to shut down puppy mills.