Since the spring of 2012, Best Friends has been supporting the Atlanta area’s no-kill goals through the Best Friends DeKalb Community Cat Program. Since this program (which includes partnerships with key groups in the area) took hold, more cats are safe, happy and no longer at risk of dying in the shelter.

LifeLine Animal Project is a major partner of Best Friends, running two county animal control shelters in DeKalb and Fulton Counties, along with a spay/neuter clinic.

“In 2011, DeKalb County was killing 70 percent of the cats entering the shelter,” says Rebecca Guinn, founder of LifeLine Animal Project. “In the first few months of 2014, we’ve seen the cat save rate (the percentage of animals entering a shelter but not killed) soar to 96 percent. Thanks to trap/neuter/return (TNR), no healthy cats are being killed in the shelter system.”

Led by a Best Friends-employed community cat coordinator, the program—supported by dedicated volunteers—offers proactive help for cats in need, all in the name of helping more cats. 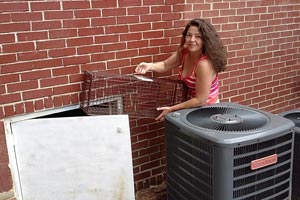 Approximately 10 years ago, animal-lover Arzu Adakan became involved in TNR when her friend moved into an apartment complex where about a dozen free-roaming community cats had made their home. The friend started feeding them, but an acquaintance told her that if the cats weren’t spayed or neutered they could have a real population explosion on their hands. Arzu took the cats to LifeLine’s clinic and got them all fixed.

Arzu would trap cats around her workplace. Other acquaintances of hers would tell her of a feral cat behind their work or home, which she then would trap and take to LifeLine.

“People I met at the gym and all kinds of places would ask me if I could go help trap at this or that place,” she says. Overall, Arzu routinely cares for around 200 community cats.

With the help of local Best Friends staffer Janet Samuel, she recently helped save even more innocent lives from disaster.

“Before I met Janet, I was trapping a small number of cats and was having a hard time with some of the apartment complex managements,” she says. “They would all ask for a card or some sort of credentials because they don’t take you seriously unless you are with a rescue group.”

Working with management at one apartment complex, Janet was able to protect some cats threatened when the complex announced plans to close all the vent holes, putting the cats at risk of being trapped.

“After Janet talked to the property manager, her whole attitude toward me changed,” says Arzu. “She knew we were serious and saw how inhumane it would be not to remove the cats before construction started.”

Thanks to teamwork, seven adult cats and four nursing kittens were saved, and Arzu is fostering the nursing brood). 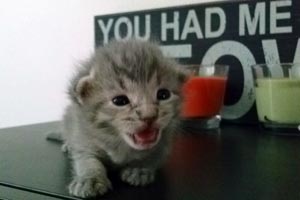 Singing further praises for this robust TNR community cat program is Susan Feingold, the shelter director at DeKalb County Animal Services. Thanks to TNR, the facility has the resources to care for underage kittens until they can find safe haven--all because no community cats enter the shelter.

But the benefits of the program go far beyond saving money. Says Susan: “My favorite aspect of the community cat program is that it has allowed us to be a no-kill shelter for cats.”

Learn how Best Friends helps cats across the country.