Tuxedo cat loves everyone he meets, but couldn’t find a home

Image
Tuxedo cat with injured pelvis developed megacolon, for which he requires medication. He has been adopted into a loving, understanding family.
By Nicole Hamilton

Elvis loves everyone — and by everyone, that means people, fellow cats and (yes) dogs, too. But when he met Victoria and Anthony, who came to the Best Friends Pet Adoption Center in Salt Lake City looking for cat to adopt, he wasn’t just his typical know-no-stranger self. He sprawled out on the seat next to them in the meet-and-greet area as if he’d known them forever.

He didn’t seem like a cat whose spirits were down because he’d been waiting an especially long time for a home. But that’s because even though an accident and permanent medical condition meant he’d need extra care, he remained incredibly sweet and friendly. That’s what Victoria and Anthony saw in Elvis, and his difficult past only made them love him more.

Help for a cat with special needs

Elvis was surrendered to Salt Lake County Animal Services (SLCAS), a No-Kill Utah partner. Though his injured pelvis had healed, he was left with a permanent condition known as a megacolon, which makes it tough for Elvis’s body know when it’s time to use the litterbox. With medication, however, he can function like a normal cat.

People at the shelter knew that Elvis would require a special home with a family who wasn’t put off by his need for daily medication and could keep a keen eye on him to make sure he was using the litter box regularly. And while SLCAS has made great strides in helping Utah become a no-kill state, space at the shelter for cats with special needs is at a premium.

At Best Friends, Elvis could get the attention required to make sure he stayed healthy, and as much time as he needed for adoption. And so, Elvis came to the pet adoption center, where from the moment he arrived, he charmed everyone. (He does wear a tuxedo, after all.) 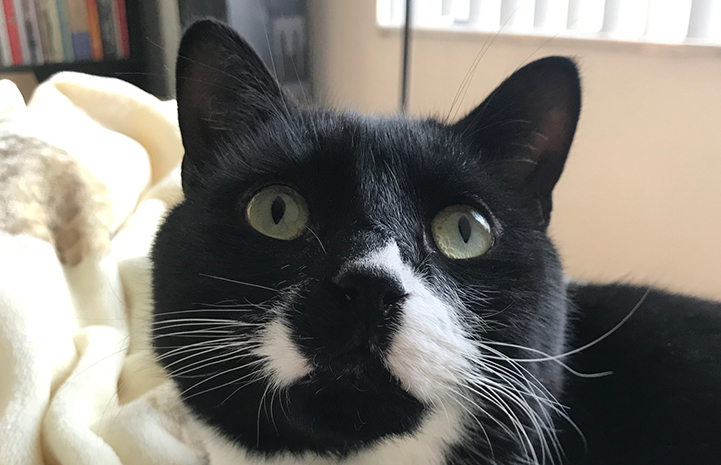 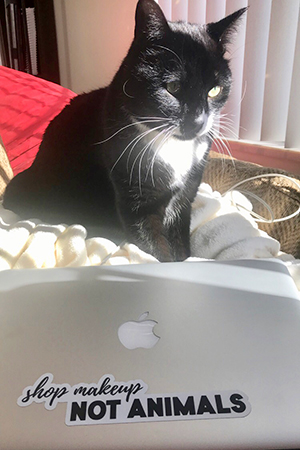 Michelle Paramore, adoption specialist at the center, was one of Elvis’s biggest fans. “He is the most sweet-tempered animal I think I have ever met,” says Michelle, who noticed that Elvis especially loves kittens.

“We started calling him Papa Elvis because in the mornings when we would let him loose in the lobby he would walk up to the kitten rooms, roll on his back, paw at them and play through the glass.”

Elvis even found a way to make friends with cats who typically aren’t fond of other felines. “He would always find a way to show them he was not a threat by keeping his distance and even chirping to them,” says Michelle.

Erin McMullin, the center’s foster coordinator, was another Elvis fan. She even got her boyfriend, Carlos, to foster him for a month. At Carlos’s place, Elvis enjoyed hanging out with other dogs and cats. And he had a room to himself, but preferred to sleep with Carlos and his pet family at night.

Good things were happening, but the super sweet tuxedo cat still needed a forever home. That’s where Victoria and Anthony came in.

Taking a chance on a special cat

When Victoria and Anthony heard about the adoption center’s Black Friday adoption promotion, they decided it was a great opportunity to make good on their plan to adopt a cat.

They were running a little late that day, which ended up being a very good thing for Elvis. By the time the couple arrived, many of the cats had already been adopted, but that gave Elvis the advantage. Like always, he was his friendly, personable self when he met Victoria and Anthony. But this time, that personality led him to a home.

“We didn’t mind that he had a special need,” says Victoria. “We don’t have kids, and we have the time to take care of a cat who needs a little more attention.” They brought him home that day. 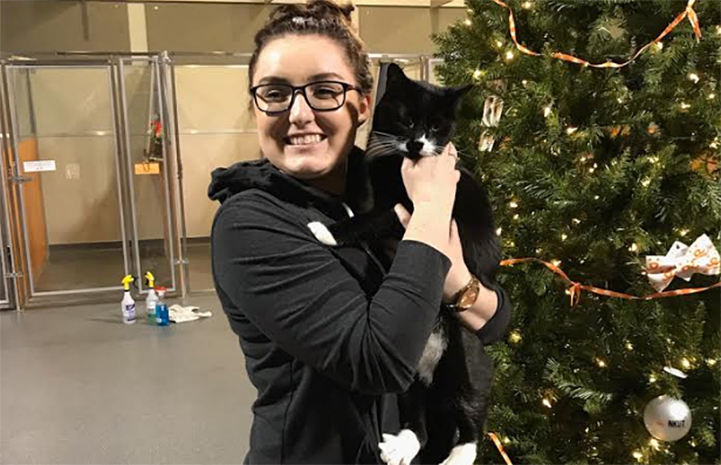 A home fit for The King

Elvis plopped down on the floor at Victoria and Anthony’s place as soon as he arrived. “It was like he knew he was meant to be here,” says Victoria. And he made a home in Victoria and Anthony’s hearts quickly, too — especially Anthony’s. He and Elvis share a special bond, and although Anthony grew up with animals, Elvis is the first cat who has really left an impression on him. As for his medical condition, Victoria says that as long has he stays on his daily medication, Elvis is able to use the litter box just fine.

Victoria can’t believe how lucky they were to find Elvis. “He’s so sweet, and I think he’s the cutest thing in the world” she says. “I never thought I’d love a cat so much,” 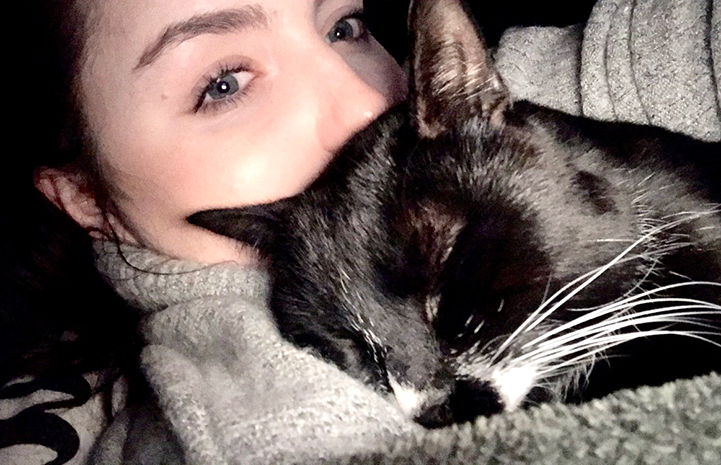