Vegan chef volunteers at the Sanctuary

Image
Mindy Poortinga, a vegan cook and chef, comes to Best Friends and shares her passion and talents.
By Christelle L. Del Prete

For Mindy Poortinga, a visit to a farm sanctuary was nothing less than transformational. That one visit led to an entire lifestyle change, which included a visit to Best Friends and a commitment to helping both humans and animals live healthier and better lives.

An education in animal welfare issues

Two years ago, Mindy visited a farm sanctuary for the first time. At that time in her life, she was working as a real estate branch manager during the week, and on the weekends she worked as a chef, running her own food prep business. Though she’s always loved animals, her experience at the farm sanctuary educated her and awakened her compassion for them in an entirely new way. She decided that it was time to make some serious changes in the way she lived her life. She quit working for the real estate office, transformed her Las Vegas-based, meal-prep business to be 100 percent vegan, and educated herself on animal welfare issues. In short, she dedicated herself to helping animals.

Mindy has also taken in many senior hospice dogs and special needs foster dogs. Although she’s currently caring for several small dogs ranging in age from 10 to 16, Mindy wanted to do more good deeds. That desire to help animals was what brought her, eventually and inevitably, to Best Friends. 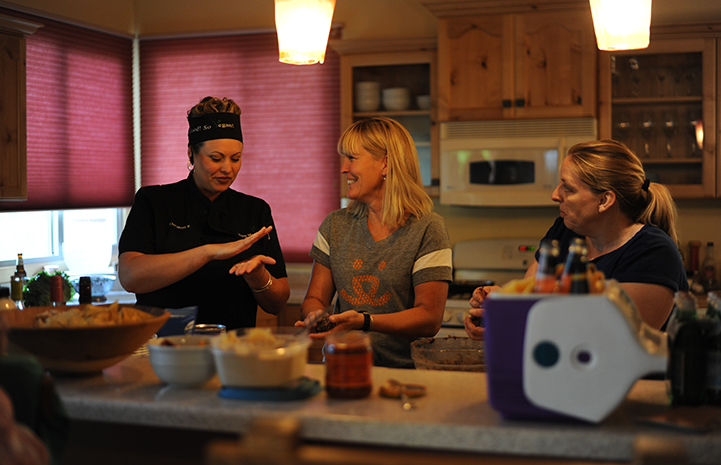 A way to give back

“I was looking for a way to give back,” she says. She also thought it would be nice to get some “therapy” by being around the animals at Best Friends in Kanab, Utah. Mindy had learned about it shortly after visiting the farm sanctuary, and a trip to the Best Friends Animal Sanctuary seemed like just the right choice. “I believe in the work Best Friends is doing to make the world a better place for animals,” she says.

Learn more about visiting the Sanctuary

So Mindy made the short trek from Las Vegas to spend a few days volunteering at the Sanctuary. In the three days she was here with Ebby, her client and friend, they volunteered in Horse Haven, Cat World and Dogtown. Not surprisingly, Mindy’s favorite was Horse Haven because of her soft spot for farm animals. She even took some time to befriend a quarter horse named Bryce, who she called “sweet and cuddly.” But she and her friend also gave some love and trail walks to a trio of dogs in Dogtown, including Chaos, a high-energy dog who really appreciates his daily walks with volunteers like Mindy. 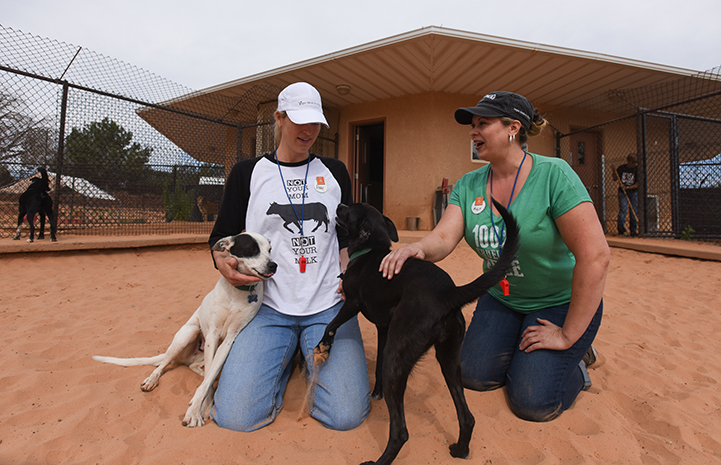 Vegan cook will return to volunteer

Finally, before she headed home, Mindy took the time to give a vegan cooking demo and share some of her veg chef delights with some of the people she’d met at Best Friends. Then it was back to her busy life in Las Vegas. But in spite of the time it takes to run her own business, teach a cooking class at a local college and provide hospice care for senior dogs, Mindy has vowed to return to Best Friends to do more volunteering. And someday, this vegan cook and entrepreneur might do more than visit a farm sanctuary. She may start one of her own. 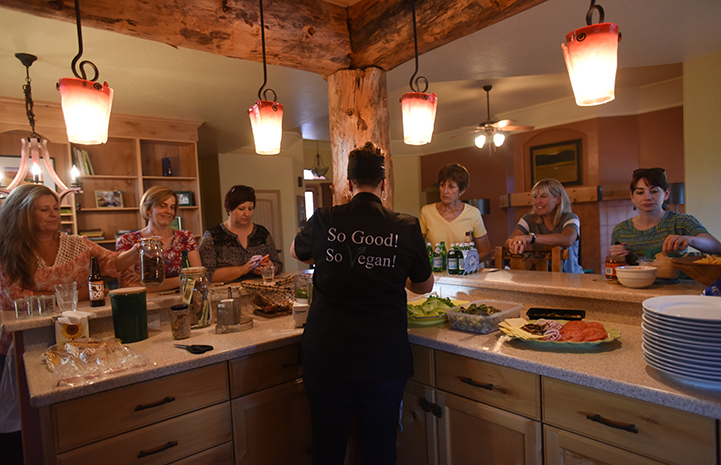