Volunteers help with a fishy situation

Image
Volunteers help the koi fish at the Sanctuary, testing water and taking notes about the fish in a logbook, when their pond needs an overhaul.
By Christelle L. Del Prete

Doug Stockdale is the kind of Best Friends volunteer who is willing to do just about anything for the animals. Doug and his wife Juli moved from Alaska four years ago to a new permanent home in Texas. But they keep returning to their vacation home in southern Utah, where they’ve become dedicated volunteers at the Sanctuary. They have helped with some very special projects to help the furry (and finned) Sanctuary residents.

Since they started volunteering at the Sanctuary, Doug and Juli have volunteered in many areas, including Cat World, where they helped to care for a group of 67 cats seized by animal control and brought to the Sanctuary from an overcrowded home. Juli greets visitors at the Best Friends Welcome Center, and they have both helped in Dogtown and lent a hand at several Strut Your Mutt events. “I’ll even do tasks like data entry and stuffing envelopes, because it’s important to the overall mission of Best Friends, and the variety is kind of fun,” says Doug. And so, when an extra special project came up, staff asked Doug if he’d be willing to help.

One of the first things visitors see when arriving at the Best Friends Welcome Center is the koi pond. But when a few of the fish came down with an illness and their pond needed an overhaul, staff got to work setting up a temporary home for them at the Best Friends Animal Clinic, so that they could be treated, and the pond could be drained for repairs.

While Best Friends veterinarians aren’t aquatic specialists, Dr. Nova Reaves had some experience with them, and she jumped in to lead the charge on their treatment — even building from scratch a special holding tank for them. Soon all the fish (18 koi plus one large goldfish) had settled into their new place. But getting and keeping koi fish healthy is a big job, and Dr. Nova couldn’t do it alone. 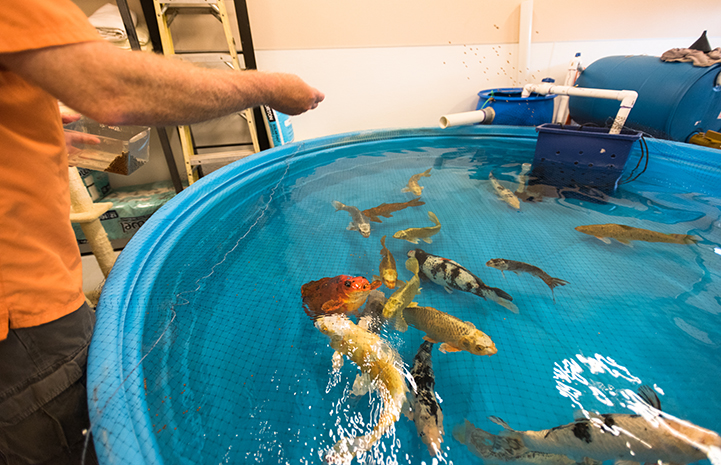 Dr. Nova needed help feeding and monitoring the fish, changing the water in their tank and keeping the temperature and water quality just right. Striking just the right balance to keep the fish happy is a delicate operation, so she called on the help of local volunteers, who became known as the koi team.

Doug and other local volunteers were immediately onboard. At the time, he didn’t know anything about koi fish, but he was about to become something of an “amateur expert” when it came to the colorful fish.

The koi team is made up of six volunteers, and under Dr. Nova’s direction, they rose to the challenge of caring for the fish daily. Doug stresses that this has really been a group effort: “I like the saying ‘There is no I in team,’” he says. “The other volunteers are and have been equally responsible for the health and welfare of the fish.”

On some days, Doug, aka Captain Koi, looks like a scientist. He performs chemical tests by filling a test tube with water from the fish tank, adding chemical agents and waiting for a color change. He then compares the color in the test tube to a detailed color chart, which reveals whether the tank is perfectly balanced. Lastly, he makes careful notes in the koi fish log book. 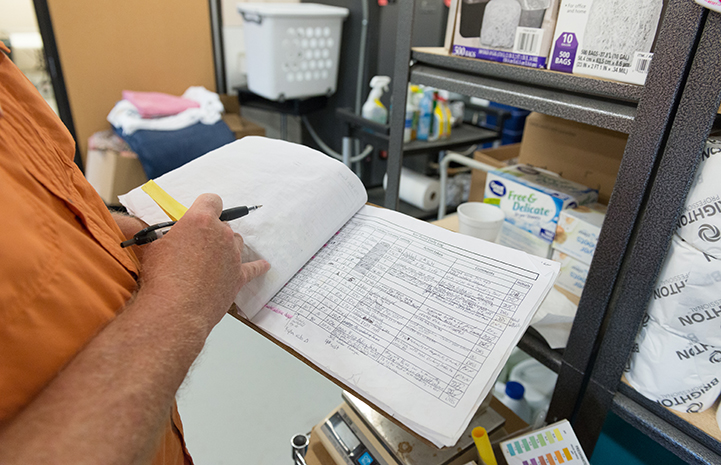 While Doug seems to genuinely enjoy his time in the “lab” — an entire back room of the clinic dedicated to the koi fish that includes a 900-gallon tank — the koi are what keep him coming back several times a week. “You can't pick them up and hold them like dogs and cats, but they are very calming, fun to watch and endearing,” Doug says. “You talk to them and grow attached to them. We help all kinds of animals at Best Friends, not just the fuzzy kind. They all deserve to be treated gently and to live out their lives as well as possible.” 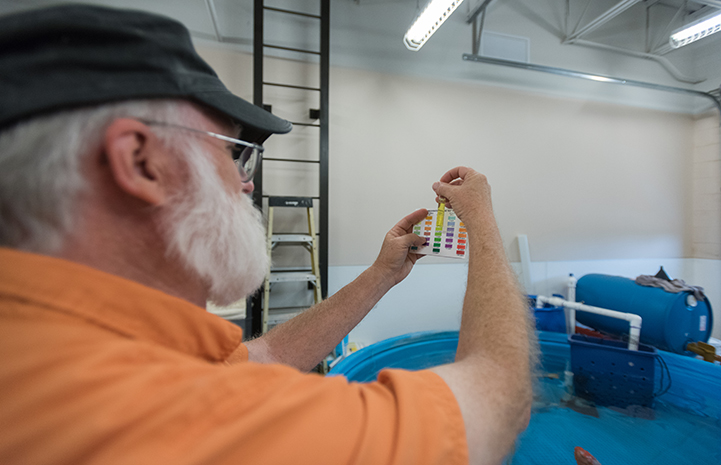 The fish, who Doug affectionately calls his “babies,” even have names: Bubble Yum, Goldilocks, Big Red, Little Red, Ninja, Butterfly and Spot to name a few. And, just like the dogs, cats, parrots, bunnies and barnyard pals at the Sanctuary, they are available for adoption.

In late October, Spot, Big Red and Bubble Yum were carefully and gently netted and transferred to an aerated tank for the ride to their new home in northern Utah. Doug had to say goodbye to the koi he’d painstakingly cared for, but it’s part of the job, and he’s happy to do it.

It just goes to show that every life matters, says Kim Beck, a project specialist in the Best Friends volunteer engagement department. “Our volunteers are awesome for going the extra mile — even for our not-so-snuggly animals.” 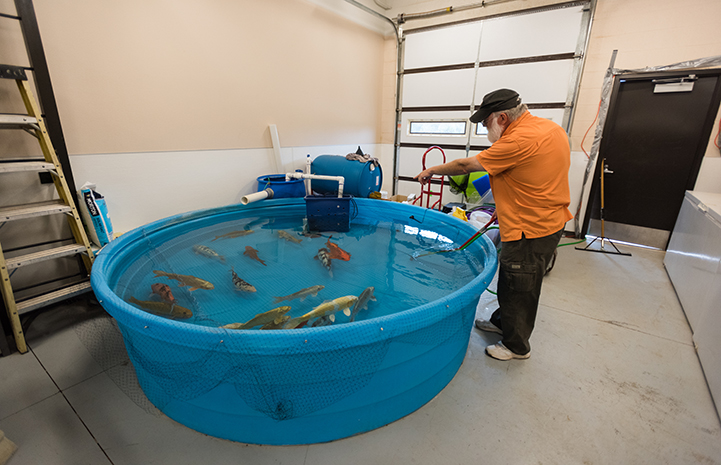