When this puppy was born deaf, her foster parents taught her sign language

Image
Hearing-impaired puppy is fostered by a woman who teaches her sign language for things like sit and shake. Now adopted, the deaf pup is thriving.
By Nicole Hamilton

With boundless energy and a body that wiggles, Clover has the kind of cuteness you can’t ignore. But one thing makes her a little different than most other puppies: She can’t hear.

Of course, Clover could still have a wonderful life without being able to hear the world around her. And after being brought to the Best Friends Lifesaving Center in Los Angeles from an L.A. city shelter, the staff knew Clover would have no trouble finding a loving home. But before she could be adopted, the little puppy with giant paws needed to learn special skills to help make life a lot easier. 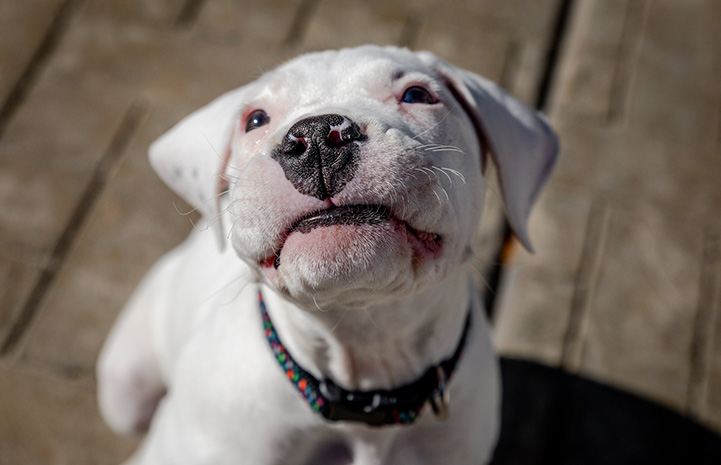 Brittany Sorgenstein, the center’s senior manager of operations who has a lot of experience fostering special-needs dogs, stepped up to foster Clover in her home. There, she could teach Clover sign language that would help her navigate life without the ability to hear.

Clover won hearts quickly at Brittany’s place. “She was just the cutest thing,” says Brittany. Her two-year-old son and husband fell in love with Clover, too. As for Brittany’s two dogs? They weren’t so sure at first — especially Brittany’s senior Great Dane, who tried to be patient while Clover played with his tail. They could tell Clover was different, says Brittany, but they also understood she was learning.

While Brittany’s dogs proved to be good teachers, what really helped Clover was learning sign language. In fact, Brittany made that a top priority, and as soon as she began fostering her, she got to work helping her understand hand signs.

Brittany began by giving Clover the thumbs-up when the puppy went to the bathroom outside. Then she moved on to teach her how to understand the hand signs for sit and shake. Clover quickly picked them up and got excited when she knew she’d done a good job. 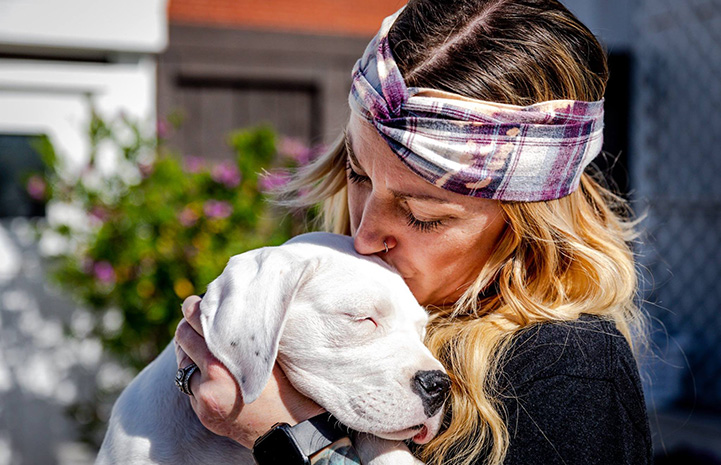 Life through the eyes of a hearing-impaired dog

Since this was Brittany’s first time fostering a deaf dog, it was a learning experience for her, too. “You have to train yourself,” she says. “I was learning sign language and then teaching it to her.”

It helped, says Brittany, to take Clover’s perspective and imagine what life is really like for her. For example, when she envisioned herself as Clover taking a walk at night, she realized the dog needed extra help, since she can’t rely on sound to help her navigate when it’s too dark to see. That’s why Brittany carried a flashlight on nighttime walks. 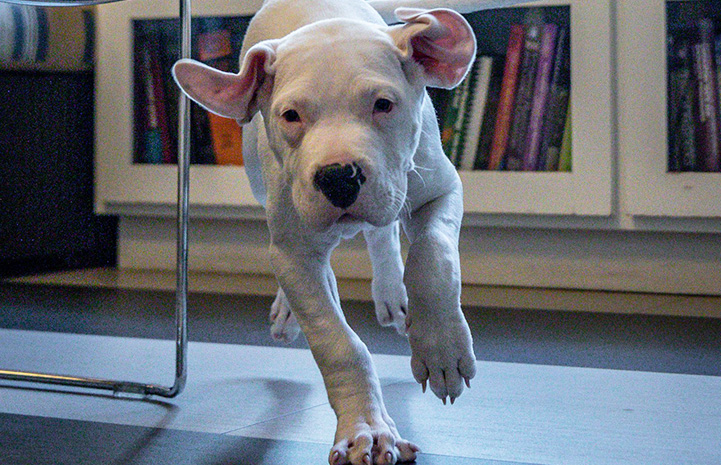 When Clover mastered enough hand commands to live in a home comfortably, it was time for her to return to Best Friends. So, she went to the NKLA Pet Adoption Center, and when she arrived there on the day of a foster appreciation lunch, she nearly stole the show.

Puppies at the lifesaving centers tend to get adopted quickly (sometimes in one day), but it took Clover a few days longer to make a special connection with an adopter. Because she can’t hear, Clover doesn’t get excited by sounds, so sometimes she didn’t know when someone was at her kennel ready to meet her, but there was no hurry to find Clover a home.

The team knew it might take a little time before she found the right family that understood she’d require a bit more patience than other puppies. It wasn’t just that she couldn’t hear commands but also the size of her paws and how quickly she was growing. It was clear that Clover would be a big girl and would need a home where she’d have room to grow — and lots of it.

Clover found it the day Amie and Alex came in looking for a puppy. After talking to the team and learning about Clover’s special needs, they were confident they could give her a wonderful home. And they have.

Today, Clover isn’t so little or wiggly. But Amie recently checked in with the center to let everyone know Clover is thriving and that she has a new name — Alba. “She’s doing great,” says Amie, who shared a photo taken during a hike. “Despite being deaf she’s very comfortable with her surroundings. She’s been a great addition to our home.” 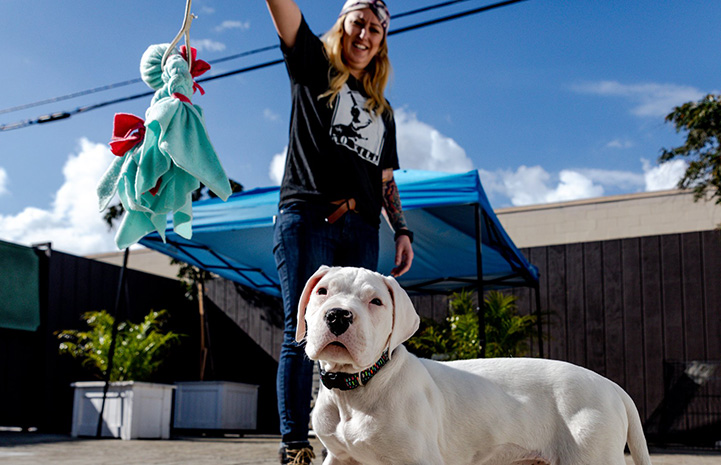 Best Friends in Los Angeles works collaboratively with animal rescue groups, city shelters and passionate individuals — all dedicated to the mission of making Los Angeles a no-kill city. As part of this mission, Best Friends hosts adoption and fundraising events, manages two pet adoption centers, and leads the No-Kill Los Angeles (NKLA) initiative. Together, we will Save Them All. 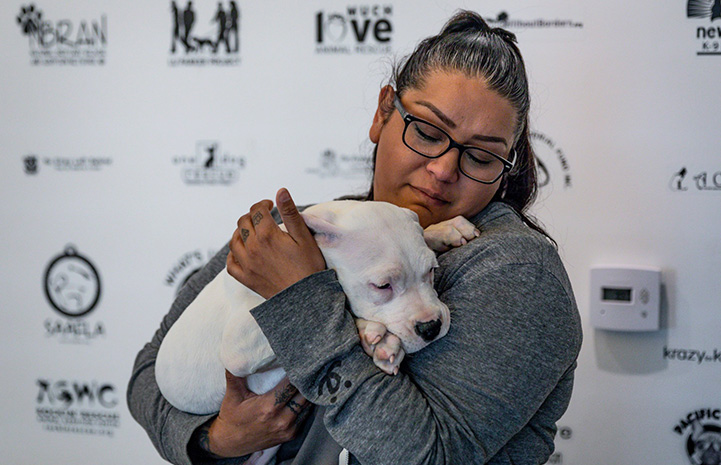