Image
Neonatal orphaned puppies are cared for alongside kittens at the kitten nursery, where they receive nutritious food, checks by veterinarians and more.
By Christelle L. Del Prete

Now that kitten season is in full swing, caregivers and volunteers at the Best Friends Kitten Nursery in Kanab, Utah, are working hard around the clock to save as many tiny lives as possible. But if you think nothing could be as magically adorable as a nursery full of itty-bitty, fuzzy-headed kittens, just wait until you see what else landed here recently.

More magic at the kitten nursery

Two-week-old puppies, nine of them to be exact, nestled in at the nursery alongside their kitten counterparts. It’s fitting that the puppies were named after Harry Potter professors (Trelawney, Hooch, McGonagall, Flitwick, Sprout, Snape, Hagrid, Moody and Lupin), because they brought even more magic to the nursery than was already there. 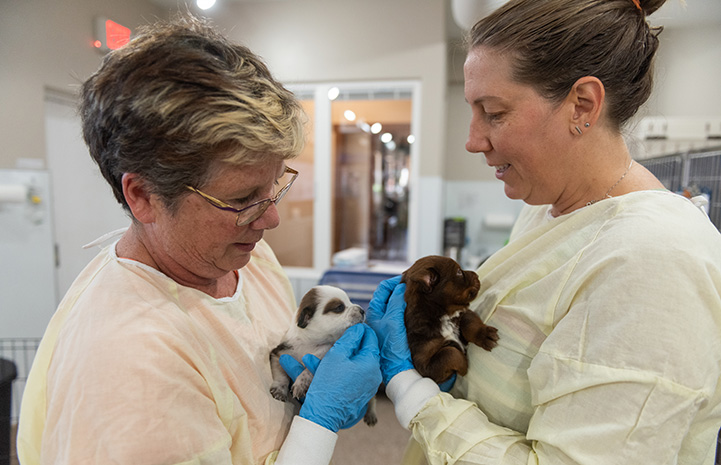 How did puppies end up at the kitten nursery? Well, they’d been born under a house and had sadly became orphans when their mother was hit by a car. Luckily, they were quickly rescued by the people who lived in the house. The family tried their best to learn how to take care of orphaned puppies and helped them through the next few days. But neither the family, nor the Best Friends Network partner shelter they contacted had the resources to care for nine nursing babies. So, the puppies were brought to the Sanctuary. 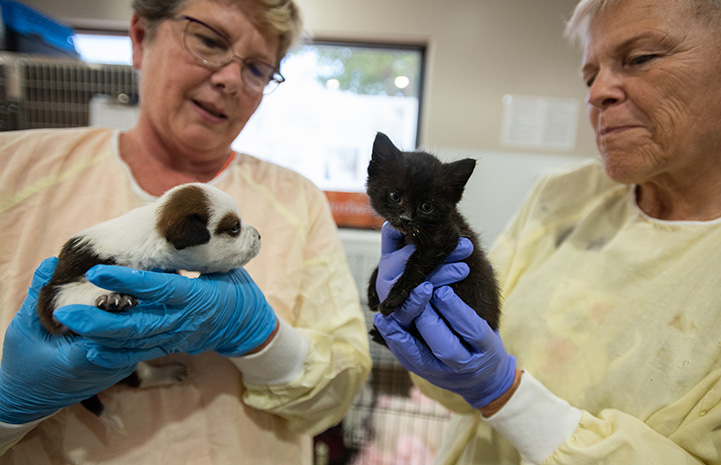 Like baby cats, baby dogs must be bottle-fed every few hours. Dogtown does have a special place for puppies who are weaned, as well as those who are still nursing with their mothers. But when it comes to caring for neonatal orphaned puppies, the kitten nursery is the best-equipped place at the Sanctuary to provide that lifesaving round-the-clock care. And no one would have dreamed of turning away a litter in need, just because they happen to howl instead of meow.

Before everyone could crowd around to ooh and aah over the new arrivals, the puppies needed some fluids and few good feedings to overcome dehydration. Then, they perked right up. 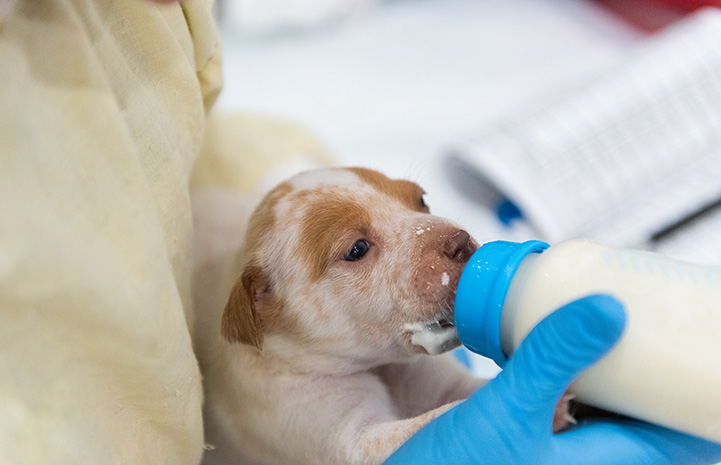 During the puppies’ two weeks at the nursery, they received all the same things that baby kittens need to survive, thrive and grow up big and strong: good, nutritious food, daily weigh-ins, gentle cleanings and thorough checks by Best Friends veterinarians. They also got a jump start on their socialization, with tons of snuggles from caregivers and volunteers, as well as their very first glimpses of kittens. And they added their adorable little howls to the chorus of kitten meows. 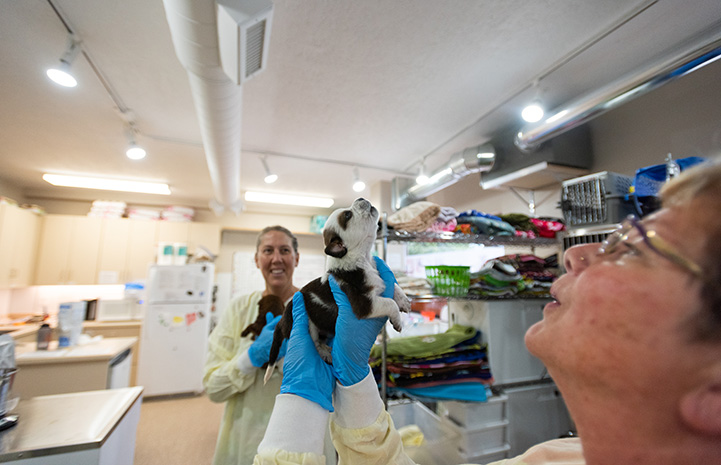 Bottle babies grow fast, and before anyone could say “Hogwarts,” the Harry Potter pups graduated from the kitten nursery and moved to puppy admissions at Dogtown. Once they’re old enough, they’ll go to puppy preschool and then on to homes of their own.

Help save more puppies (and kittens too) 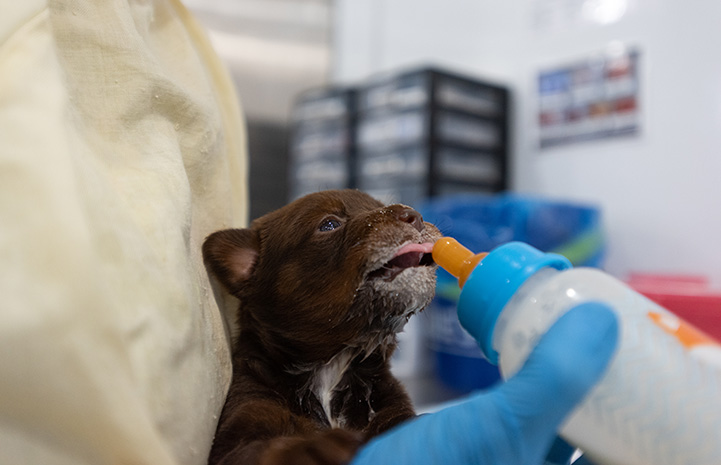