When two older cats are better than one

Image
Two senior special-needs cats (one extremely shy and toothless, the other with kidney disease, a heart murmur and pancreatitis) are adopted.
By Nicole Hamilton

If you’re looking for a kitten to adopt in summertime, your biggest challenge may be deciding which one (or two) you want to bring home the most. For most areas of the country, kitten season peaks in the summer, causing shelters and rescue groups to be at maximum cuteness capacity, filled with baby kittens needing homes.

This is good news for kitties who have yet to grow a full set of teeth. (Think 4 a.m. — the perfect time to jump on someone’s head and enjoy wearing food, sometimes just as much as eating it.)

It’s not good news for cats like Lionel and Sylvester, two seniors at the Best Friends Pet Adoption Center in Salt Lake City who have already grown (and lost) their teeth and learned long ago that no matter how many times they chase their tails, they’ll never catch them.

What these wise older gentlemen needed was to meet people who weren’t as interested in adopting an adorable bundle of energy as they were interested in a mature cat who enjoys sleeping through the night as much as they do. And that’s who they met the day Mari and her husband John came to the adoption center looking to adopt an older cat.

No time for kittens: Mature cats only

“We already had a young and playful cat at home,” says Mari, talking about Cake, who she adopted when the youngster climbed into her purse one day at a shelter in her home country of Brazil. “We wanted to adopt a cat who had been at the center for a long time or one with special needs, because we knew they can have a harder time getting adopted.”

They met Sylvester on their first visit to the center. Ten years old and toothless, Sylvester was brought to the center from a municipal shelter. Besides his age and being dentally challenged, he faced another obstacle (extreme shyness) that made it harder for him to find a home. 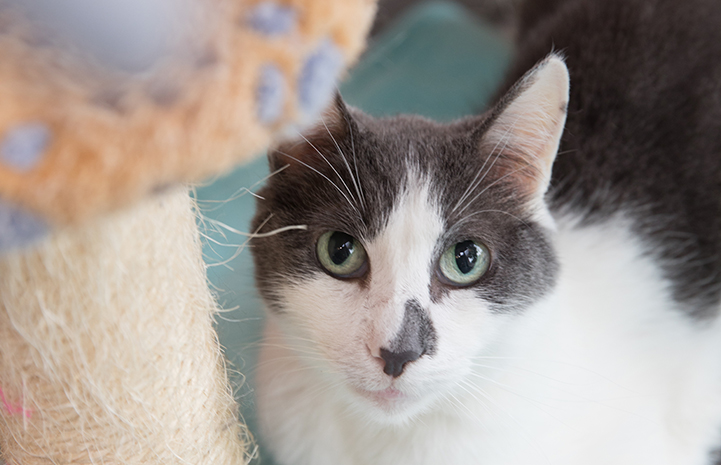 Mari and John watched as Sylvester looked at them from a place he felt safe, while other cats in the room confidently approached them. This made Mari and John want to get to know Sylvester better, and so they approached him slowly and petted him gently until they saw the loving personality he was hiding.

Giving two senior cats a chance to grow old(er) together

Mari and John left the center that day without Sylvester to think more about how comfortable he’d be in their home. Then the next weekend, they returned to see if he was still there and if he remembered them.

Indeed, he was, but Mari and John wanted to look around a little while longer before making the big decision, and that’s when they met Lionel. At 14 years old, he was also one of the older cats at the center. Lionel has kidney disease (requiring him to be on a prescription diet), as well as a heart murmur and pancreatitis. But all Mari saw was a cat who looks like a teddy bear and needed a home.

“He is so adorable,” says Mari, who adds that when they first met Lionel, he began purring and rubbing himself along their legs when they petted him. 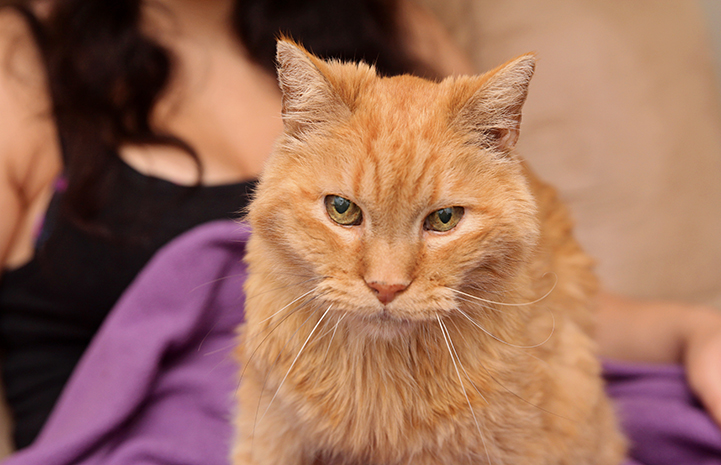 After meeting Lionel, things became a little more complicated when they went back to spend time with Sylvester. Although he was less shy this time, he wasn’t exactly friendly.

“He was quite moody actually, and a little growly,” says Mari. “But we loved him. And we loved Lionel.” Instead of making the most difficult choice of all, they did something even better: They adopted both cats.

It took a week or two for the two senior cats to settle into their new home, which led to some sleepless nights for Mari, who worried about them. But once Sylvester and Lionel started to feel more comfortable in their new home, Mari and John began getting a good night’s sleep again. Now, Cake is starting to understand her big brothers, knowing when it’s OK to approach them to play and when she should give them some space.

“Sylvester loves to play with Cake, although sometimes she annoys him,” says Mari. “But in general, he really warmed up to her. He loves her.”

Cake has learned that Lionel doesn’t like to be bothered at all. After weeks of trying to get him to play, she has accepted that he’s more of a solo act — although she still manages to steal his food when he’s not looking. 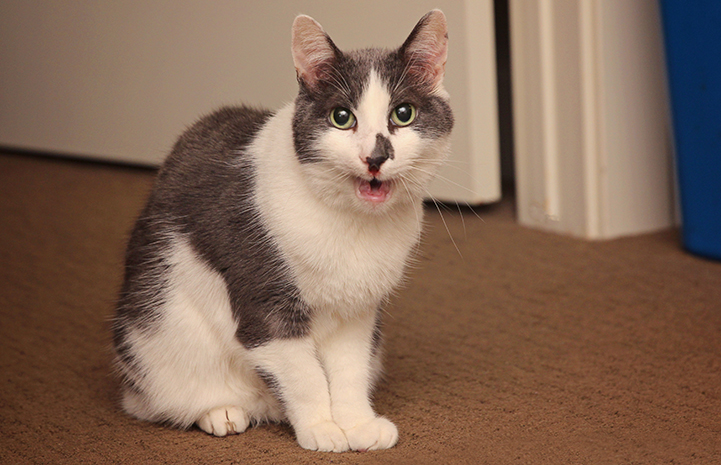 Whenever people ask Mari and John why they adopted two senior cats with special needs, they say it’s because they knew with confidence they could make a difference in their lives. “We sat down and discussed their needs thoroughly before we adopted them,” says Mari. “We made sure we had the time and that we could afford it."

She also tells them how happy Lionel and Sylvester seem, now that they are home. “We are giving them affection and love for the rest of their lives. You can tell they are so grateful.”

Adopt a senior pet near you 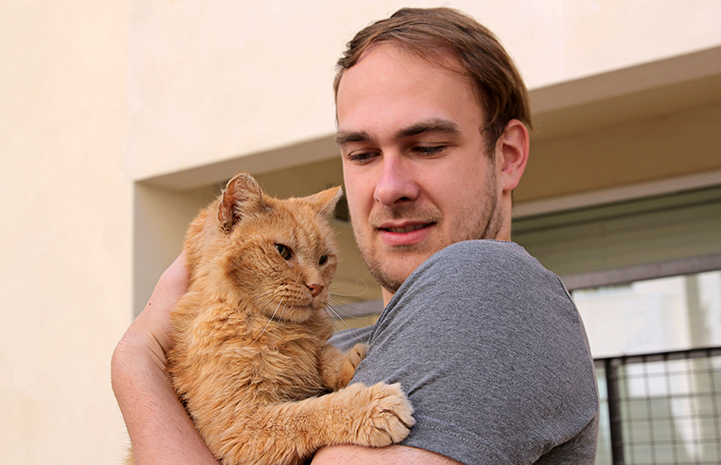