Image
Sweet ‘who rescued who' story of a man who lost his beloved dog but finds another perfect canine companion to help him recover from a broken heart.
By Nicole Hamilton

With her hippo-shaped body, short legs and mouth that seems to be in a permanent smile, Elsa is the kind of dog that can stop people on the streets. But even though she’s a natural head turner, she always found herself almost getting adopted at the Best Friends Pet Adoption Center in New York, where she landed after being surrendered to Animal Care Centers of NYC.

Almost doesn’t cut it, though, when you’re a dog who needs a home.

The longer Elsa waited, the more the staff at the adoption center hoped that the day when Elsa would walk out the doors and into the SoHo sunset was fast approaching. And it was, because an admirer was waiting patiently in the wings for his turn to meet Elsa and a chance to adopt her. 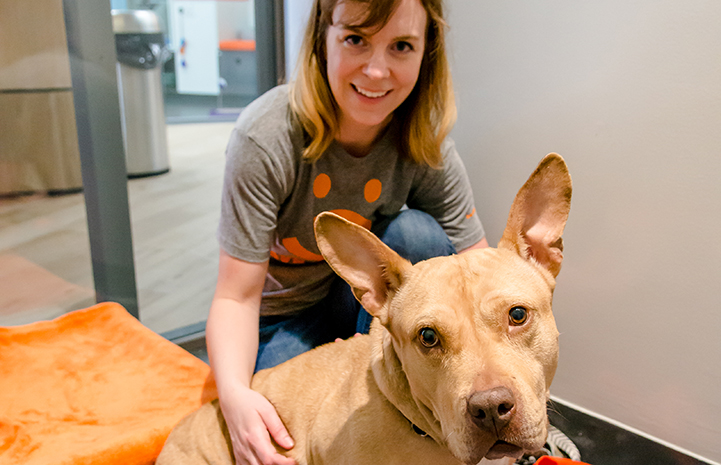 Fabian hadn’t been the same since the passing of Benny, his English bulldog. Walks in Central Park weren’t as fun. He found it a little harder to smile, and people were starting to notice. “My friends told me I seemed off,” says Fabian. “I wanted to wait to get another dog, but they encouraged me to start looking.”

He took the advice to heart, but he still wasn’t so sure about a new dog just yet, and so he made plans to adopt a cat, or more specifically, a big Maine coon.

Fabian works near the Best Friends Pet Adoption Center in New York, and one day during a coffee break he decided to visit to see if any Maine coons there were looking for a home. No Maine coons as it turned out, but there was a dog with little legs and a long body who caught his eye.

Still, Fabian told himself he wasn’t ready for a dog. It would have to be a beautiful fluffy cat or no pet at all. But each time he came to the adoption center to meet cats, his eyes would drift toward Elsa’s kennel. He’d always find himself making his way to meet her, only to stop after noticing that she was with a potential adopter who seemed serious about bringing her home.

Adopt a dog or cat near you (Maine coons, too) 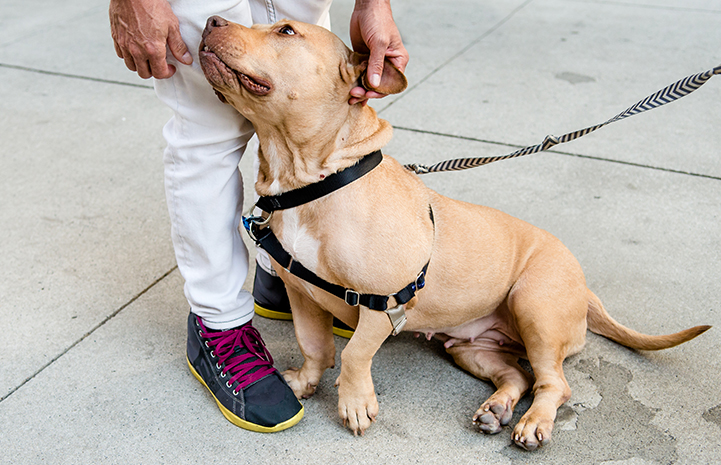 Peter Herrera, adoptions specialist at the center, felt for him. He could see that Fabian really wanted to meet Elsa and how disappointed he was every time he found out someone was considering adopting her.

Peter suggested a few other dogs and Fabian kept an open mind when he met them, but he just didn’t feel any sparks.

Weeks went by. Fabian still hadn’t found a Maine coon, and he was still missing his old dog Benny. It was time to make a decision, and while running errands one day, he stopped into the adoption center hoping that Elsa was there.

When he arrived, Elsa was in her kennel and for once, she was alone. Finally, Fabian could spend some one-on-one time with this one-of-a-kind dog. And as soon as he knelt down to pet her and realized he was smiling, he almost started to cry (tears of joy, of course). That’s when he knew he had found his next dog.

The adoption center staff knew it, too. “Fabian was the perfect adopter for Elsa,” says Peter. “We knew it when he told us that he moved from a third floor apartment to one on the first floor, just for his previous dog.” 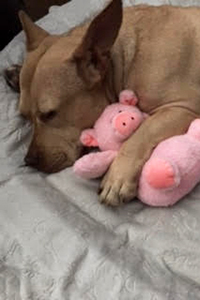 Today, Fabian is back to walks in Central Park, only now he’s with Elsa, who indeed turns heads with her unique looks. Elsa is more active than Benny was, and Fabian has enjoyed stepping up his fitness game, thanks to his energetic companion.

“She’s totally spoiled,” says Fabian. “She’s happy and loves everyone she meets. She’s a little intimidating to some at first, but she couldn’t be a sweeter dog.”

Recently, Fabian’s niece brought over a care package for Fabian and Elsa, in celebration of her adoption. Besides toys and treats, there was a card that read, “Who rescued whom?”

It’s a question that resonates with Fabian, especially when he remembers those first long days without Benny. “Elsa saved me,” says Fabian. “I guess you could say we saved each other.” 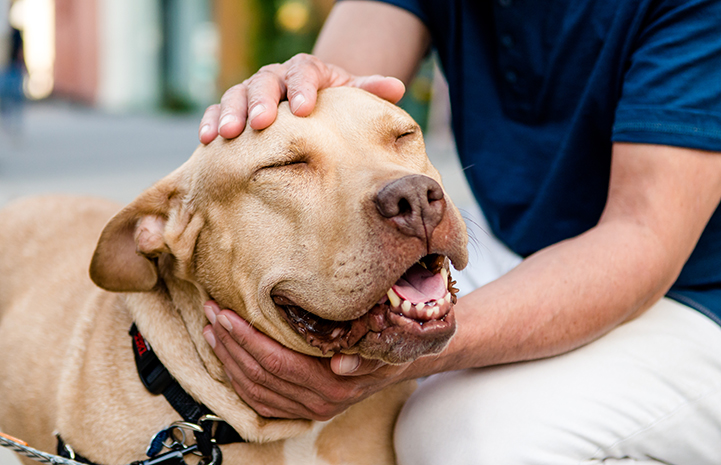