Why everyone loves Friday the cat

Image
Cat born with a spinal deformity left him with weakness in all four limbs. His back legs are a bit underdeveloped and his front feet a little splayed.
By Christelle L. Del Prete

If you walk into Benton’s House, one of the areas in Cat World, you’ll likely hear caregivers and volunteers buzzing excitedly about Friday. This has nothing to do with people being eager for the weekend and everything to do with a little black cat who lives in the lobby and brightens everyone’s day — no matter what day of the week it is.

Although Friday could be considered lucky to be named after many people’s favorite weekday, the little cat didn’t exactly draw a winning card in life. He was born with a spinal condition that causes weakness in all four limbs. His back legs are a little underdeveloped, his feet are splayed and he often gets from point A to B by scooting around with all his weight on his front legs.

It’s impossible to feel sad around Friday, though. He’s been making people smile ever since he was brought to Best Friends from a Best Friends Network partner shelter in Washington. And, while the shelter didn’t have the resources to help him improve his physical condition or to find him a forever home, he’s made some pretty huge strides since his June arrival at the Sanctuary. 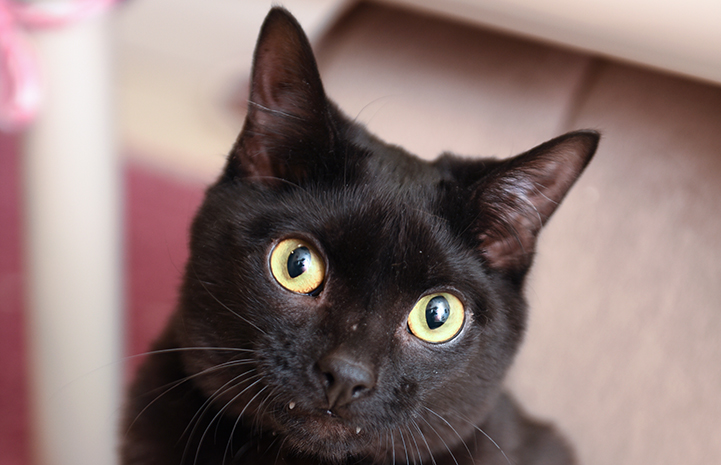 Reasons to fall in love with Friday

Quiet and unassuming, Friday isn’t a cat who purposely draws attention to himself. That might be one of the reasons why he was overlooked when he lived at the shelter. But there are many reasons to fall in love with Friday. His adorable little face (one of his caregivers says it reminds her of a baby fruit bat) seems to invite people to come over and say hi. He’s so loving and sweet that, once they do, they are hooked.

At just over a year old, Friday’s also a delightfully playful guy. Dangle a wand toy in front of him, and he’s instantly interested. He’s also befriended Ori, another cat who gets around in his own special way. The two spend hours playing hide-and-seek with each other through a fuzzy cat tunnel.

Within minutes of meeting him, it’s easy to see why people love Friday. He is lighthearted and fun, and he makes the most of the cards he’s been handed. 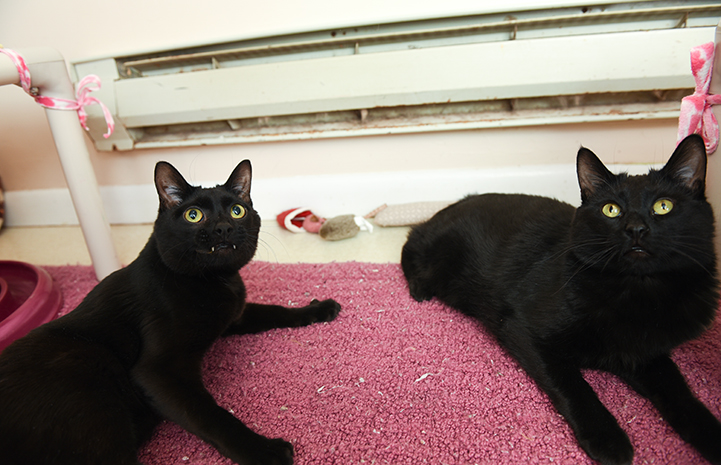 That doesn’t mean that he doesn’t get a little (or a lot of) help at Best Friends. He needs a low-step litter box and lots of nonslip area rugs for maximum traction He has also needed help getting stronger. When Friday first arrived at the Sanctuary, he had only one strong leg, which made it hard for him to get around. Best Friends vets and caregivers started him on a routine of physical therapy designed for cats to strengthen their leg muscles increase mobility.

Friday has been doing his physical therapy exercises every day, either with his caregivers or with volunteers. Part of his routine includes walking with a soft supportive belly band that someone holds up as they walk along beside him. Friday also gets neck massages (which he loves) to soothe his hard-working muscles.

Learn more about caring for cats 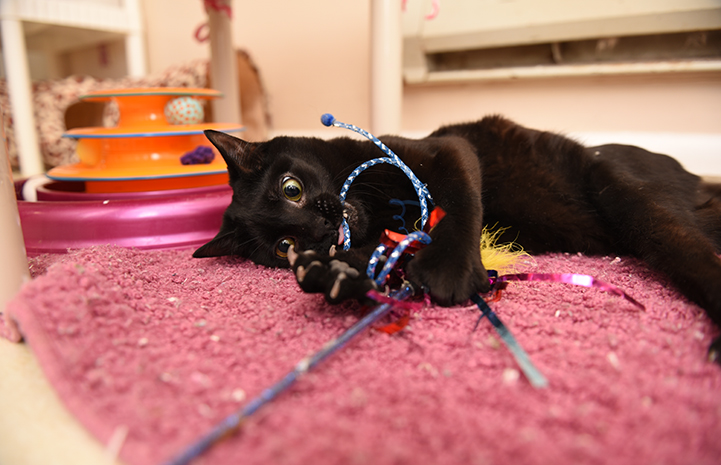 Five minutes of physical therapy a day might not sound like much, but it’s made a world of difference for Friday. While he may never have the strength or the ability to walk like other cats, he’s one determined little guy, and his improvement over the past few months is nothing to sneeze at. While he could barely walk at all when he first arrived, he can get up and around much better now.

It’s exciting to see Friday take a few steps on his own or to watch him run, lunge or jump toward a toy or his pal, Ori. But what’s even more exciting is that all the strength he is gaining helps him enjoy life more and the fun he craves. After all, Friday is all about having fun. 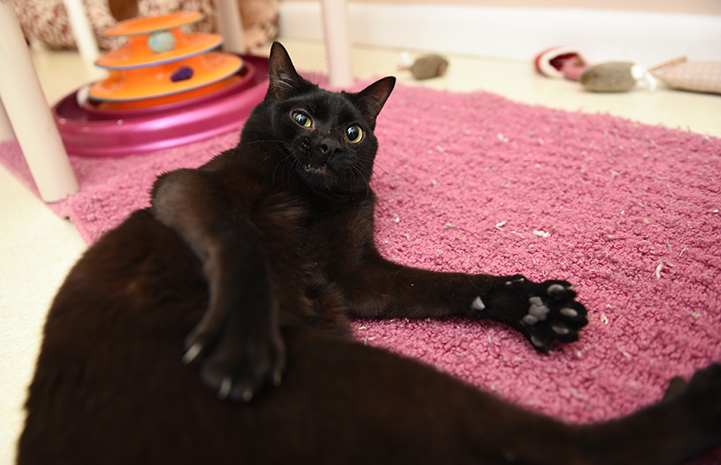