Why pit bull bans are a bad idea 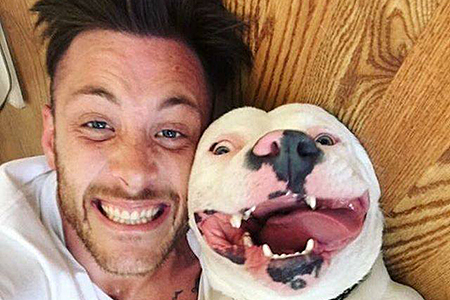 Musician Dan Tillery and his girlfriend Megan Rose Long had been waiting a long time to adopt a dog. They wanted to be settled in a home of their own before adding a furry friend to the family. Likewise, Diggy the dog had waited months to be adopted.

Last spring, Dan and Megan bought a house in Waterford Township, Michigan, just outside of Detroit. Soon after unpacking their boxes, they saw a picture of Diggy on the Detroit Dog Rescue Facebook page.

They fell in love with the blocky-headed charmer from his photos. In person, he was even better. Dan and Megan scooped Diggy right up from Detroit Dog Rescue's shelter in early June.

An incredibly joyous "gotcha" selfie, taken right after the adoption, then spread across the internet.

Unfortunately, their joy turned to a terrible fear when the police showed up at the door of their new home and told them their already beloved dog could not stay. Waterford Township is one of hundreds of cities and counties across the United States banning or restricting the keeping of pit bull terriers.

These breed bans ― otherwise known as breed-specific legislation or breed discriminatory legislation ― are implemented in an attempt to improve public safety. But the restrictions do not serve their intended purpose.

In fact, rather than reducing the number of dog bites, cities that regulate dogs by breed have experienced the opposite. Take, for example, Toronto, Canada, which instituted breed discriminatory legislation in 2005.

Pit bulls already in the jurisdiction at the time this law was adopted were required to be muzzled, and no new dogs could be brought into the city. “Over time, it will mean fewer pit bull attacks and, overall, fewer attacks by dangerous dogs,” said Michael Bryant, who at the time was attorney general.

The number of attacks by dogs identified as pit bulls did indeed decline (which is to be expected, given that the number of pit bulls in Toronto also went down). But the total number of dog bites increased ― a lot. In 2014, there were more reported dog bites than ever, according to the newspaper Global News.

This seemingly counter-intuitive result is actually no surprise, according to the experts. "All dogs can bite, so focusing your laws on specific types of dogs shifts the focus from where it should be ― each individual dog's behavior ― and gives the flawed sense to policy makers that their communities are somehow safer," says Ledy VanKavage, Best Friends senior legislative attorney. "The focus should be on the behavior of the dog and the behavior of the owner." 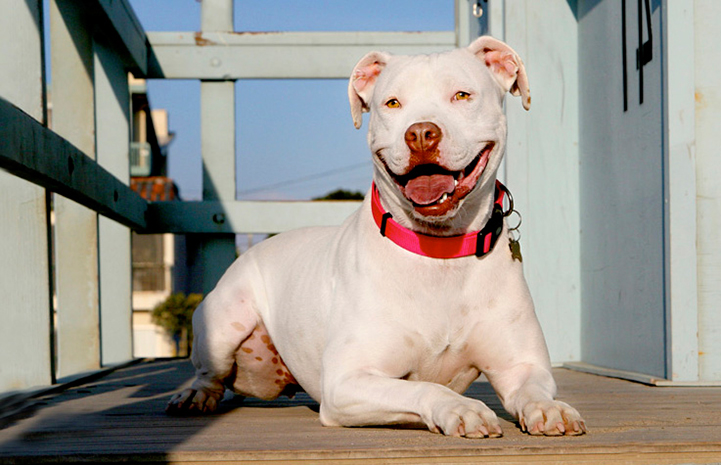 Breed-based regulations are not the answer

There are many other reasons to oppose breed-based regulations as well.

Breed discriminatory legislation is very expensive to enforce. Take a look at the Best Friends fiscal impact calculator to see just how much communities spend on enforcing breed bans.

"There are the obvious costs, like extra space in the shelter, but there are a lot of hidden costs, too,” says Lee. “Each time an innocent family pet is killed because of one of these laws, the community ― the taxpayer ― has to pay for the drugs, the dog's disposal and the extra manpower."

Breed discriminatory legislation also leads to great dogs dying in shelters. This includes dogs that are seized from loving families, as well as dogs who never get adopted in the first place because they are illegal in their communities.

Across the country, thousands of animals are dying in shelters each day for no reason other than that no one has adopted them. A good portion of these are victims of breed bans are killed due to laws based in prejudice and fear, "not because of anything they've done wrong," says Lee. And, as Diggy's case shows, breed bans can rip families apart.

"The saddest part of my job is hearing the stories of loving family pets being torn from their families because of breed discriminatory legislation," says Lee. "Just imagine the heartache if your pet was snatched away from you and killed just because of what she looked like. That's a horrible injustice that has to end."

Focusing on behavior is the right approach

The good news is that more and more communities are rejecting breed discriminatory legislation in favor of more scientifically sound dog regulations ― sensible regulations focused on the behaviors of both dog and owner. Last spring, in fact, Arizona became the 20th state to pass a law prohibiting its cities and counties from enacting or enforcing breed discriminatory legislation. 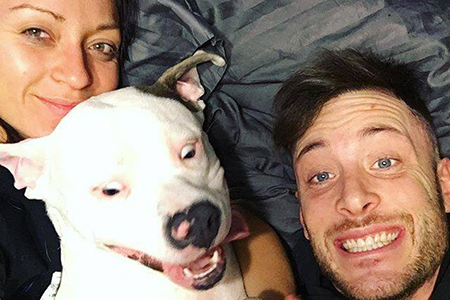 As for Diggy, he is still with his family. Waterford Township's pit bull terrier ban hasn't been repealed. But after several months when Dan and Megan were fighting to save their dog, the ordinance was amended in a way that saved him.

Previously, animal control had the last word on whether a dog was allowed or prohibited. Under the amended ordinance, a veterinarian could weigh in on whether a dog is a pit bull terrier or not. Diggy's veterinarian issued a declaration that he is a bulldog, not a pit bull terrier. His case was dismissed. Without genetic testing, this is likely to be an arbitrary determination that would certainly not provide any indication about a particular dog's friendliness.

But it was enough to save Diggy. Here's a more recent photo of him, still with his family and still smiling.

Photos by Best Friends staff and courtesy of Dan Tillery