Executive director of the Animal Care and Control Team of Philadelphia 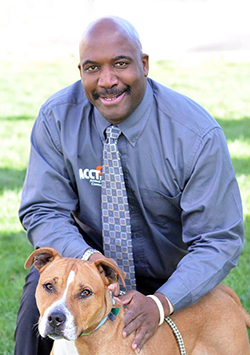 In 1999, Vincent Medley started his career as an animal control officer for the City of Dallas, dedicating himself to learning shelter processes, which extended beyond enforcement. Vincent created a cruelty investigations process, leading Dallas to a 100 percent conviction rate for a four-year period. One of Vincent’s cases received international attention: A dog named Mercy was set on fire by her owner, and it resulted in a 10-year conviction for the owner.

Vincent was asked by the City of Houston to become the administration operations manager for the Bureau of Animal Regulation and Care, where he created policies and processes that professionalized the animal shelter operations and doubled the live release rate. After Houston, Vincent was recruited to be assistant operations director for the City of San Antonio Animal Care Services Department. During his tenure, he created several nationally recognized programs such as field-oriented TNR and the Comprehensive Neighborhood Sweeps Initiative, and an improved return-to-owner rate helped increase the save rate from 31 percent to 90 percent.

Vincent is now the executive director of the Animal Care and Control Team of Philadelphia. He was hired for his proven no-nonsense, results-oriented management style, staff development efforts, and one of the loudest laughs in animal shelter history.