Dozens of tiny feet pitter-pattered their way into our hearts here at Best Friends Animal Sanctuary recently, when nine pet mice and four rats arrived from the Humane Society of Utah. Originally from an overcrowded home, these little friends are taking full advantage of spending quality time with people, something they weren’t able to get before. So far, they are charming everyone they meet.

Mice and rats sometimes get the short end of the stick reputation-wise compared to other small pets like hamsters and guinea pigs. Many people only think of them as unwelcome houseguests, but the truth is that pet mice and rats are clean, smart, highly emotional and social animals who make wonderful companions. They want love and affection, just like any other pet.

“I was expecting the rats to be sweet,” says Brianna Vlach, team lead at Wild Friends, where the mice have been staying. But the mice? Brianna says, “When we first got them in, I was like, OK, mice, let’s see how this goes, and they just ended up being so friendly. From the get-go, you could hold them.”

Indeed, as soon as the mice realize that someone has come to visit, their little noses start twitching, and they pop out of their hidey-holes to greet their guests. So, say hello to some of our teeniest adoptable friends, and be prepared to fall in love. 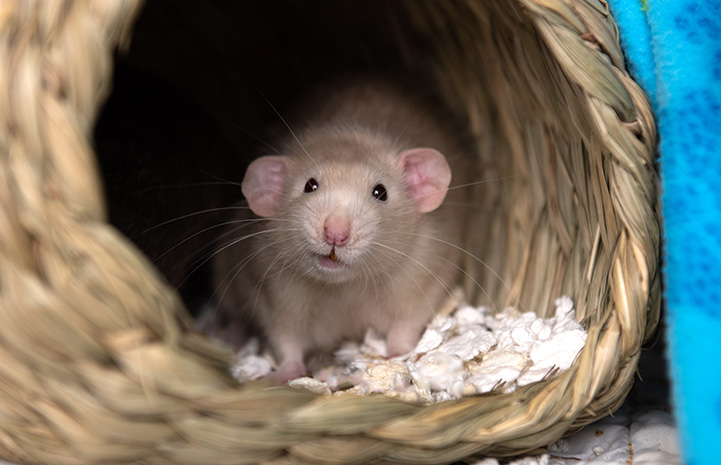 Mice with a touch of magic

Named after Harry Potter characters, the mice have certainly mastered the magic of being absolutely adorable. Brianna says, “When I’m cleaning, I’ll put these guys on my shoulder, or I’ll stick them in my jacket pocket. And they just chill.” During meetings, they’re happy to hang out on her lap, with no interest at all in running off or hiding. While their enclosures are being cleaned, they get free run of the halls in hamster balls, and that’s when they indulge their curiosity and check out what everyone else is up to.

There was some tension among the mice shortly after they arrived, but after all the males were neutered (yes, despite their size, mice can be neutered), caregivers started reintroducing them. And while it seems Harry, Ron, and Moony are content to be solo mice, Malfoy and Padfoot, Prongs and Wormtail, as well as Hagrid and Hermione, who are in a foster home, have all partnered up.

“Most of the time, rodents tend to do better with a buddy,” Brianna explains. However, she says, just like people, some get along better than others and some prefer to be on their own. “They’re definitely nine distinct individuals,” she says, “which is why some of the pairings have worked out super well. Prongs and Wormtail are a little more shy, so they have found solace in each other. Malfoy and Padfoot are really outgoing, so they’ve been able to do really well together.”

Regardless of whether they’ve chosen to be solo or not, all the mice look forward to spending time with their human friends, enjoying playtime and petting, or checking out the view from high up on a giant (to them) shoulder. Maybe from that vantage point they can spot their future homes? 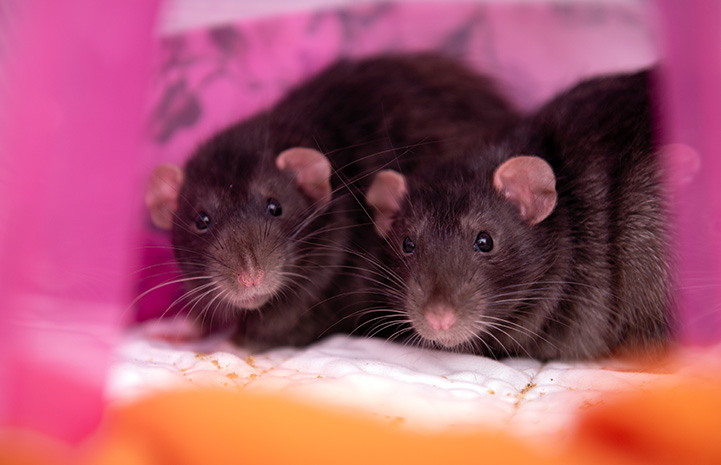 Rats: from shy to social

While the mice were happy to hop into hands as soon as they arrived, the rats were a little more shy. “I think a lot of people forget that rats are super smart,” says Jakie Hernandez, who is fostering two of the rats, Hawk and Falcon, in her office. “They need more bonding than a cat or a dog might. So, because of all the transitioning that they did, they were super shut-down and didn’t want to do anything.”

Now, though, Hawk and Falcon come right up to the doors of their main enclosure when someone new enters the office — all wiggling whiskers and curious blinking. Jakie says that whenever someone visits her office who isn’t afraid of rats, she makes sure the visitor gets a chance to meet Hawk and Falcon and hang out with them, to help socialize them.

Most of the time, they have full run of her office, which has a jungle gym in one corner and plenty of packing paper to toss and scurry around in. And, of course, they join Jakie at her desk to “help” with her work. “Hawk especially likes to climb up my legs,” Jakie says. “He seems to know exactly when I’m on a Zoom call. He also likes to hang out by my keyboard and follow my fingers.” 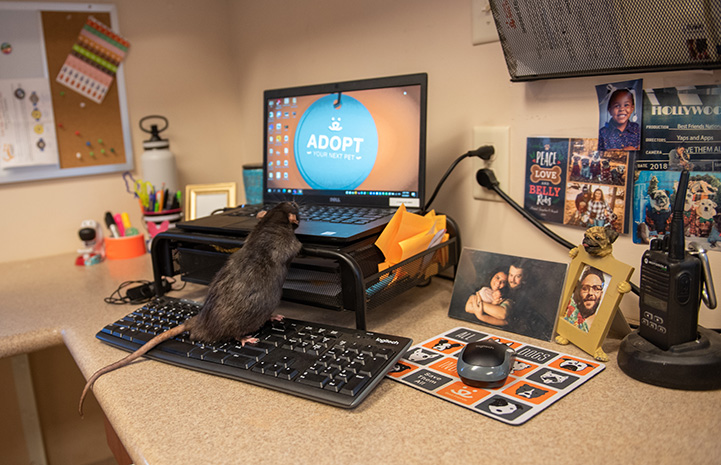 Falcon is a little more reserved, but once Hawk has checked everything out, he appears for head scratches and tasty carrot treats. On busy days with lots of office guests, both of the rats are full of excitement about the new faces and new smells. They’re ready to greet every single person who comes through the door.

Vulture and Eagle, the shyer pair of rats, are staying at Brianna’s house so she can help them come out of their shells more. “When I first brought them home,” she says, “they just stayed in their little house, snuggled up real tight together. Now, I’ll open their door and we’ll boop noses and I’ll give them kisses. They’re really smart and underrated animals.”

Because rats are crepuscular (most active at dawn and dusk), that’s when Brianna spends the most time with them. She lets them climb up onto her shoulders and takes them into the bathroom to play, where they run around and explore to their hearts’ content.

“The first time I took them to my bathroom countertop, they had so much fun, and they went through everything,” Brianna says with a laugh. “They’d go check something out and then come back and check in with me, and then they’d go back and do what they were doing.”

That, she says, is what makes these little animals so interesting and rewarding to love. “There’s no reason these guys would hang out with me unless they trusted me,” she explains. “Their predisposition is to be afraid, so when you can build those relationships with them, it’s just a really cool trust.”

With their long whiskers, teeny feet and giant hearts, all 13 of our tiniest new friends are blossoming beautifully. 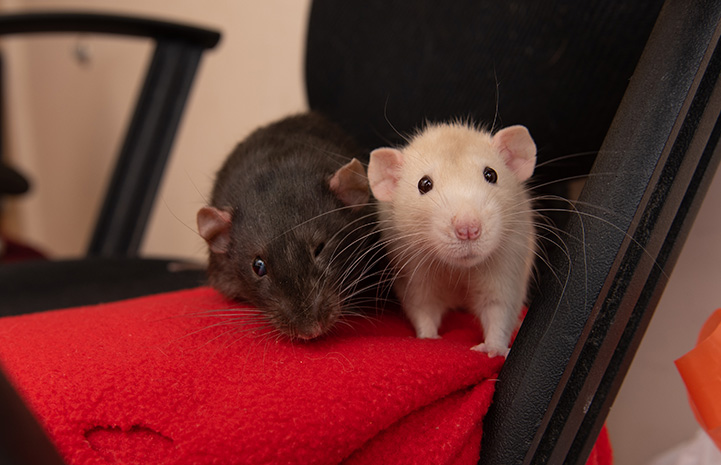 Homeless pets of every size want to be safe and loved, and they’re just a click away.