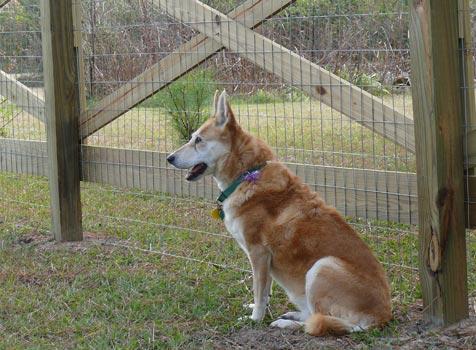 Adopting a shy and fearful dog

Ever heard of a stuffed animal you had to feed and take outside several times a day? According to Amy Grose of Abita Springs, Louisiana, that’s how she felt the first few months with her new Chihuahua, whom she’d adopted from Best Friends. She said that Duke, a girl, used to be so fearful that she would just freeze up like a stuffed animal the entire time Amy was near her. The whole process was new to Amy, and at first she felt discouraged.

Over time, however, Duke started to relax a bit. Then she started to trust. In the end, she turned into a real love bug. So, when Amy moved into a bigger house, she felt she had room for another dog. After all she’d experienced with Duke, she figured she had a knack for helping shy and fearful dogs find their place in the world. She wanted to try again.

Desire to help another shy and fearful dog

The adoption staff at the sanctuary introduced her to Dharma. Dharma came to the sanctuary five years ago after living in a warehouse in a hoarding situation. The poor girl had never once been inside a home. In fact, she was so skittish around people that she’d never been on a single sleepover with a visitor.

Amy was visiting the sanctuary and wanted to take Dharma on a sleepover, since she was considering adoption. Her caregiver literally had to lift Dharma into the vehicle that first night. Remember, Dharma had no clue what a car ride was. On the second night, though, Dharma had figured that part out. She jumped into the car on her own.

Find out how to help a shy dog

When Amy decided to adopt Dharma, she knew it was going to be a long socialization process. Turns out she was right: Progress has been slow. After several weeks of living in Amy’s home, Dharma has barely reached the point where she won’t jump up and bolt when Amy enters the room. Petting is still out of the question.

There’s a lot to be said for experience, though. Amy says she’d be discouraged if she hadn’t already been through this with Duke years earlier. This sort of déjà vu has given her direction and insight. She knows that a fearful dog like Dharma needs time; she needs her own space. But after enough patience and enough reaching out, Amy feels confident that Dharma will finally realize she deserves a happy ending, too.

She just has to let it happen.