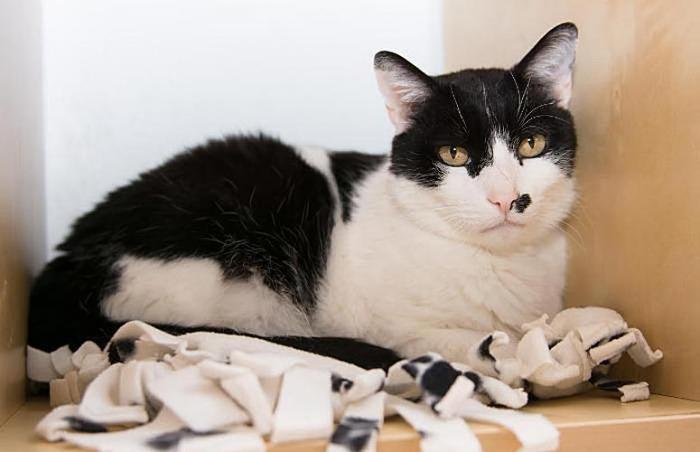 The best in the bunch 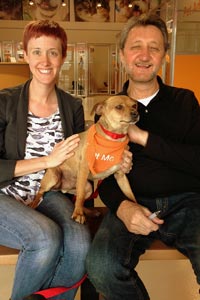 When Brando, a sweet, six-and-a-half-year-old miniature pinscher and Manchester terrier mix arrived at Salt Lake County Animal Services (SLCoAS), he was ready to start a new life. Though the handsome, caramel-colored dog had scabs and rashes all over his body, the shelter was able to get him well, and he was transferred to the Best Friends Pet Adoption Center in Salt Lake City. He was ready to find his forever family, but would adopters choose him over the many younger pets looking for homes?

Even though, at five years old, most dogs and cats have their best years ahead of them, adopters tend to overlook them in favor of younger pets. That’s why Best Friends–Utah wanted to make adult pets more attractive to adopters by matching them up with people over a certain age, sharing the secret that older pets might just be the best in the bunch.

“Oftentimes, dogs and cats five years and older have personalities that match up with the more mature folks in our community,” says Erin Olsen, adoption center specialist. “It appeals to those looking for a calm companion animal, rather than a boisterous kitten or an active young dog.” Under the Seniors for Seniors program, adopters age 55-plus can take home a pet over five years old for free (waiving the adoption fee). 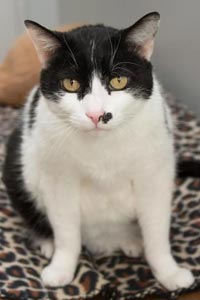 Dwayne, a striking black-and-white, six-year-old cat, arrived at the adoption center from West Valley City Animal Services ready for a new home. But his laid-back personality didn’t cause him to stand out to potential adopters.

“Dwayne’s quiet personality and black-and-white coloring may have been overlooked by many passersby, but when George Hernandez said he was looking for a lap cat, we knew the perfect match,” says Erin.

“I was looking for a cat who had experienced life and wasn’t rambunctious,” says George. “Dwayne sat on my lap and started purring right away.”

A forever family for Brando

When Ron Stucki started working from home, he thought a pet would be a great addition to keep him company during the day. He and his daughter decided to look for a smaller dog who could easily fit into their home. They stopped by the adoption center and met Brando, but they weren’t ready to commit to a dog just yet. Though Brando subsequently found a home, he was returned due to an illness in his adoptive family. Soon after, Brando and Ron would meet again.

“Sure enough, we stopped at Best Friends again and there was Brando. (His home) hadn't worked out for him, and we felt like the universe was trying to tell us something,” says Ron. “We adopted Brando right then and there, and the universe was right: He is perfect for us, and, hopefully, we are for him.”

While Brando may be a bit older, he’s quite a charmer. “He is such a great little guy, and everybody who meets him loves him,” says Ron. “My favorite parts of the day are our walks together around the neighborhood. At home, he loves to snuggle or play tug-of-war. We feel lucky to have found him.”

Thanks to Seniors for Seniors, Brando and Dwayne (now named Jasper) are kicking back in their new homes, where their families can use the money saved on adoption fees for the most important thing of all: spoiling their new, much-loved pets.

Learn more about all the ways Best Friends is working to make Utah a no-kill state at nkut.org.