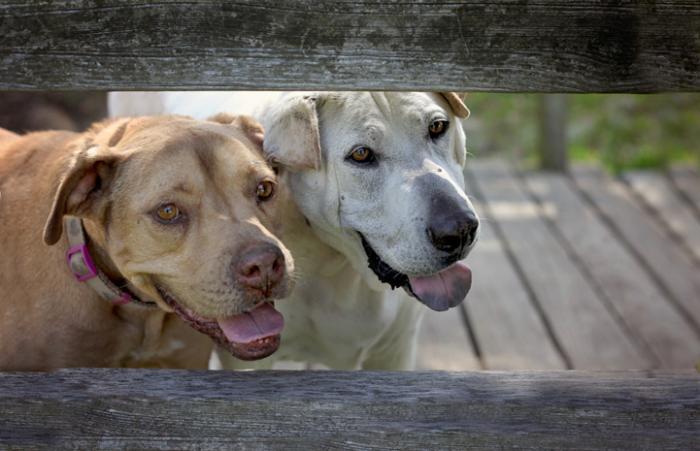 From revered family pet to reviled villain, pit bulls and their mixes are the most misunderstood dogs in the world. Best Friends is helping to correct misconceptions.

Persecuted by the media, elected officials, and in some instances, the animal welfare movement itself, so called "bully breeds" face an onslaught of opposition every day. In addition, many communities have turned to breed specific legislation (or BSL) to single out these canines. There has been no other companion animal so singled out for mass destruction in the history of domestication.

When the public thinks "pit bull," the media has ensured that the conjured image is that of dangerous, ferocious, dogs bred to fight to the death. This sensationalized image sells papers and attracts viewers.

To try to get past the hype to the facts, in 2006 Best Friends invited many experts in the field to Denver to work together at the Dangerous Dog Summit. In addition to the experts, many rescuers and animal lovers also showed up in order to find some answers to help the bully breeds in their community. Everyone from lawyers of the Animal League Defense Fund; to Tammy Grimes of Dogs Deserve Better; to Jim Crosby, an expert in canine aggression, came with their presentations and ideas on what could help improve the plight of pit bulls and bully breeds in America.

What makes a dog dangerous?

There were many topics discussed at the summit, but the most important one was the causes of dogs becoming dangerous. What came out of the discussion was that owner responsibility was the number-one reason dogs were dangerous. While there are many views on almost every topic in the animal welfare world, this everyone agreed upon. Upon further research by Laura Allen, founder of Animal Law Coalition and Russ Mead, general counsel of Best Friends, there were some very specific criteria that became clearer about what made a dog a menace to the community. Breed didn't factor into it at all.

A popular slogan from the animal welfare movement -- "judge the deed not the breed" -- suddenly made a lot more sense. But for the most part, it's neglect and mistreatment by some people, and not bad deeds of dogs, that requires judging. The Best Friends Dangerous Dog Summit helped boil down the recipe for ensuring a dog did not become a risk to the community.

Here are some of the findings:

The Michael Vick case has also blown open the dialogue of the animal and human violence connection. The discussion is on the table, but one uncomfortable discussion was hiding in the condiments: What of the victims themselves? The dogs taken from Bad Newz Kennels, what would become of them?

Best Friends took 22 dogs from this horrendous situation and helped turn their lives around. This is a monumental case because Best Friends has had an opportunity to help change the perception of pits and their mixes by showing the world that they can be rehabilitated.

Access all the resources that can help keep your community safe.