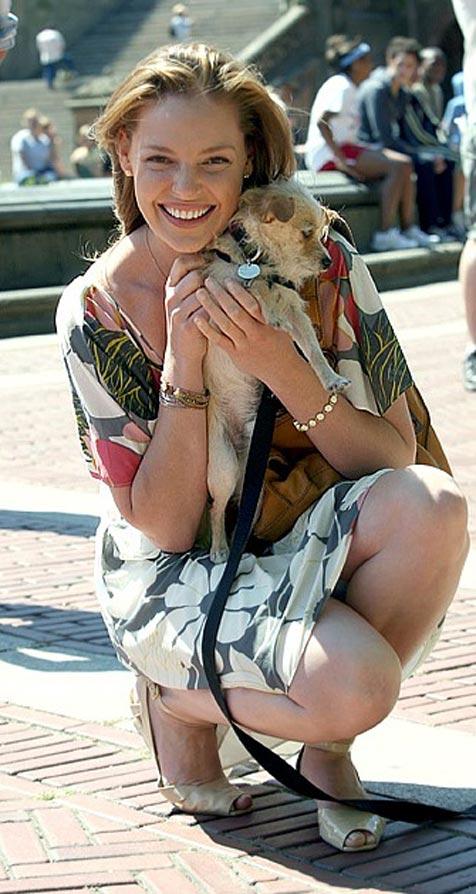 Actress Katherine Heigl, along with Best Friends staff and volunteers, is hitting broadcast news in a big way by appearing tonight on "Access Hollywood." And it’s all about the animals – little ones.

The popular TV entertainment news show is featuring the rescue and transfer of 33 small dogs who were saved Monday from overcrowded Los Angeles animal shelters.

The dogs left Los Angeles Tuesday morning for new homes in Salt Lake City, thanks to Best Friends’ Pup My Ride program, and a crew from Access Hollywood was there to film the first leg of the dogs’ ride to their new homes.

Heigl, who co-stars in the TV show "Grey’s Anatomy," was there with her mother, Nancy, and Best Friends staff and volunteers, who all worked together to make the rescue and transport possible. To top it off, the Heigls are giving Best Friends a grant to carry the program through 2009, so even more animals can be saved.

Pup My Ride, part of Best Friends' Puppies Aren’t Products nationwide campaign, in 2008 saved 650 at-risk, small-breed dogs from Los Angeles shelters. The dogs were transported to communities where the demand for small dogs is high but the supply is low.

And the program is fast making a dent in the problem of discarded pets sent to already overwhelmed and understaffed municipal shelters.

"Robin Harmon and her volunteers pulled off another fantastic transport this morning," says Elizabeth Oreck, manager of Best Friends' Los Angeles programs, "and we were privileged to have Katherine and her mother, Nancy Heigl, there."