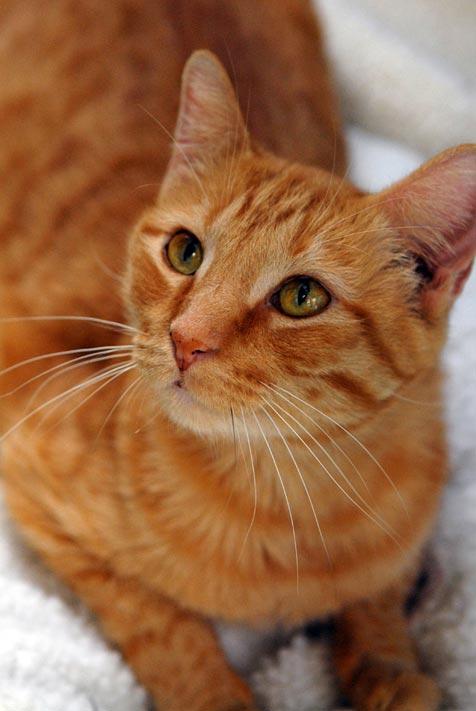 Cat who seemed partially paralyzed surprises us all

Imagine meeting a guy who goes through life in a wheelchair. You become friends with him, spend lots of time with him. You think you know him pretty well. Then one day, your friend hears a lively tune on the radio, and he leaps out of his chair and starts dancing. That's what Simon the cat did, more or less. Minus the upbeat song.

Cat rescued from a hoarding situation

Simon's one of the cats from the hoarding case in Pahrump, Nevada, where over 100 cats had been living in a single home -- this, in addition to the shelter Best Friends is now looking after. All 114 of the house cats were seized and, after a court case, ended up coming to Best Friends.

At first, when Simon arrived at Best Friends, he would drag his hindquarters around, across the bottom of his play area, through his food, everywhere. Normally that's not how cats prefer to move about if they have a choice, so it was understandable when the caregivers assumed he was paralyzed or at least didn't have any function in those back legs.

"I'm serious! See for yourself. He's doing it again!"

Insert one very long, dumbstruck moment of silence, and then, "What the ... ?"

Now he's even walking. It's sort of a stiff walk -- he looks like he's wading through Jell-O -- but make no mistake. Those legs work alright, and he doesn't seem to be in pain when walking. Guess he figures that now he has a bit more room to stretch his legs, he might as well put them to good use!

Read another story about a cat named Cory who is partically paralyzed.