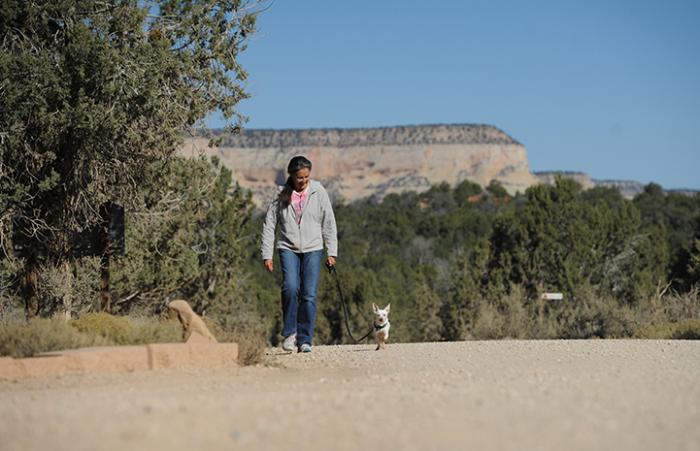 When you’re a very little dog, the world can feel like a big, confusing and scary place. That’s especially true if you haven’t had much of a chance to experience what’s going on around you. And that’s how it was for Danny, an adorable dachshund and Chihuahua mix who needed a proper introduction to the world. 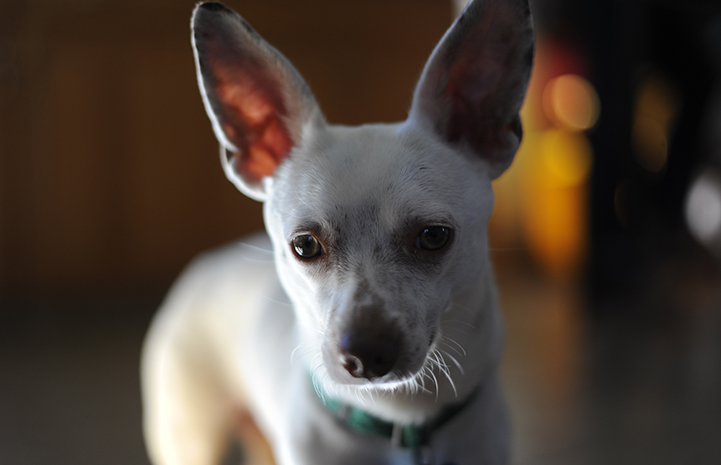 Danny was only about a year old when he came to the Sanctuary this past August. The young dog had been living with a rescue organization, but he was going to need some extra-special help to find just the right home.

Danny had an injury to his spine that left him with a limp tail he could no longer wag. It also left him unable to control his bladder. But Danny’s physical troubles haven’t been difficult to overcome. He just needs help “going to the bathroom,” by expressing his bladder. It might sound like a challenge, but it is really no more than holding the dog still, putting a hand on his soft belly area and giving a gentle squeeze. Danny also gets regular baths to help him stay clean. Since he is so small, his baths take no time at all.

With a little extra care, Danny will live quite happily despite his special needs. But there was something else he needed help with before he could be a truly happy dog. When Danny arrived at the Sanctuary, he hadn’t had much life experience. Everything was new to him. Seeing the world through fresh eyes can be fun, but it wasn’t all that exciting for Danny, because of the fear factor. 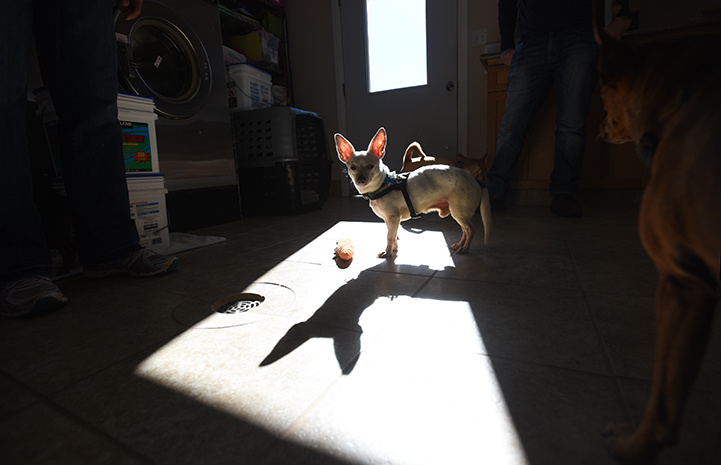 It can be hard to learn about or enjoy new things when you’re scared all the time. Danny’s an inquisitive little dog, though. Whenever something startled him — a new visitor, the lid of a peanut butter jar falling to the floor — he’d run. But then his curiosity would get the best of him, and he would circle back slowly to investigate with his little brown-and-pink nose twitching.

Danny’s caregivers wanted to encourage his natural curiosity, letting it gradually overtake his fear. “When it’s (the dog’s) first time doing lots of things, you want it all to be super positive and fun for him,” says Dogtown caregiver Dara Merrifield. So that’s exactly what Danny’s caregivers tried to do — make every experience and interaction fun and positive.

How to introduce your dog to the world

First, they enlisted the help of friendly strangers — people who work in other areas of the Sanctuary who could come by and meet Danny. They would show him that new people were nice and that they would often bring him yummy treats.

One of those people was Mark Linebaugh, who works in the Best Friends IT department. The first time Danny saw Mark, he was out on a walk with his caregiver. Danny was already having some trouble walking on a leash. Nervous and unsure, he would whimper and run in circles. Seeing new people while he was out only made him more frantic, and he’d bark and jump at the end of his leash.

So Mark agreed to lend Danny a hand and help him turn strangers into friends. He continued to visit Danny and go for walks with him until Danny understood that Mark was a friend, and that other new people could become his pals, too, even if he didn’t already know them. 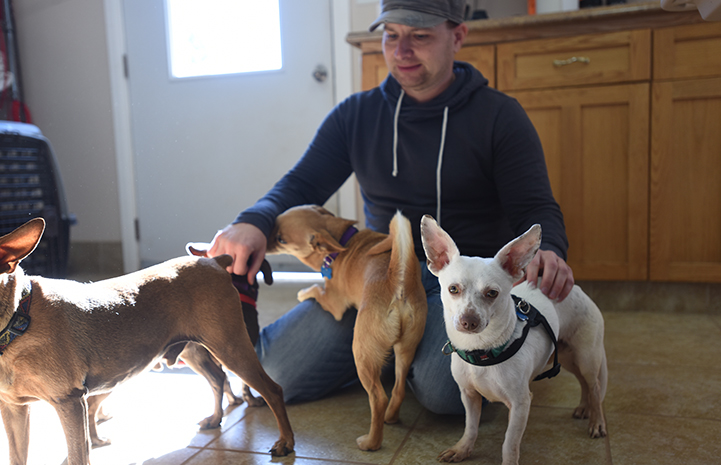 Sniffing out the fun

Little by little, Danny began to loosen up around new people and new things, and to have more fun. Visitors at the door? Maybe they have treats. Strangers out on a walk? They look nice. Something drops on the floor? Maybe it’s that yummy-smelling peanut butter jar again.

These days, there’s a little less mystery in Danny’s world. But when something unexpected does turn up, this dachshund and Chihuahua mix has the confidence to handle it and the curiosity to sniff out the fun in it. 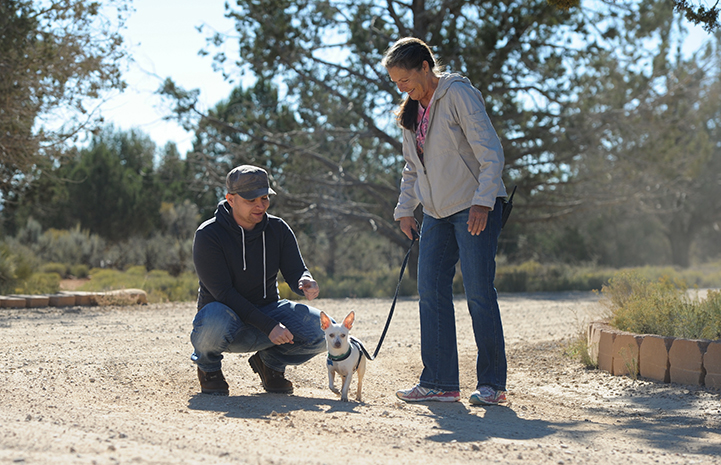 Note: Great news, Danny has an adoption in progress, so fingers crossed for him.