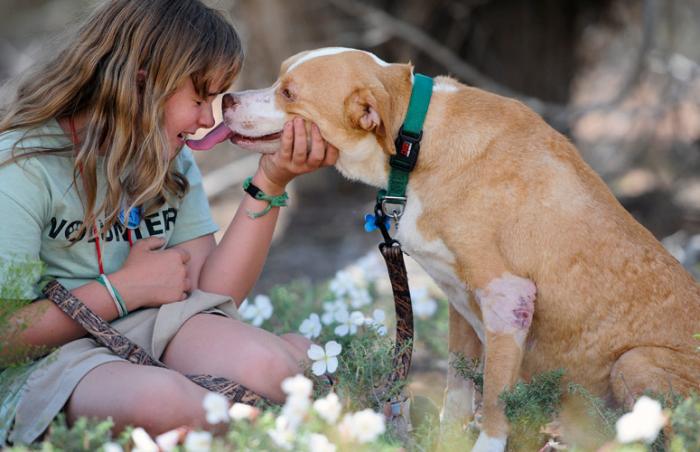 Ten-year-old Kat and her aunt, Heather Graham, have a new tradition. Each summer they go on a trip together, and this summer they chose to come out to Best Friends Animal Sanctuary in Kanab, Utah. It was Heather who suggested it, and Kat was thrilled by the idea. That's because she's already an advocate for animals in her own community. And she's putting her own special talent to work to help beagles who are being used in laboratory experiments. 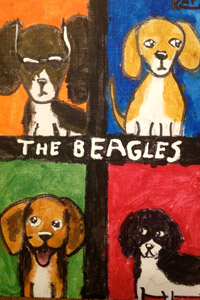 Kat has known about the plight of lab beagles since she adopted her two-year-old beagle, Bentley. But, despite wanting to help, she didn't always know what she could do about it. Then she read an article in American Girl magazine. It was about a young girl, much like Kat, who painted pictures of birds and sold them to raise money for the animals affected by the Gulf Coast oil spill.

It just so happened that Kat was already an aspiring artist. She had been taking art classes for the past two years, and has recently fallen in love with acrylic painting. Inspired by the girl in the magazine, and by pictures of beagles online, Kat decided she would paint pictures of her favorite breed and sell them to raise money for the Beagle Freedom Project, an organization whose mission is to rescue and rehome beagles used in laboratory research.

Between April and August, Kat sold six paintings and nearly exceeded her goal of raising $100 for the cause. A trip to the Sanctuary, then, was a well-deserved reward for the generous artist. The first thing Kat did upon arriving was to read every issue of the Best Friends magazine she could get her hands on. She wanted to learn as much as she could about the Sanctuary and the animals who call it home. Of course, she also wanted to interact with those animals as much as possible, so she and her aunt put in some hours at Dogtown, Cat World, the Bunny House and Parrot Garden. 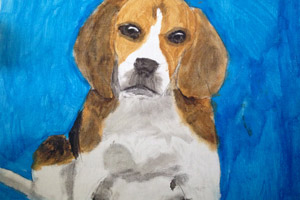 Kat said the experience taught her things she didn't know before - interesting little things like the fact that bunnies cannot breathe through their mouths. And she was fascinated to learn, during a tour at Wild Friends, how wildlife is rehabilitated and then rereleased. Perhaps her favorite experience, however, was taking a pit bull terrier named Achmed on a sleepover. She and her aunt said that Achmed was sweet and perfectly behaved; he chewed only on his own toys and wagged his tail the entire time. They liked him so much, they even returned to Dogtown to visit him on their last day of volunteering.

"This place is amazing," Kat says, adding that she thinks that families with kids should come to Best Friends because it is a very good experience - it helps them learn about animals and get involved in helping others. As for Kat, she may have had to return home to California, but she isn't about to stop helping. She plans to continue painting even after the school year starts, and she would like to volunteer at her local humane society as soon as she turns 12 (the minimum age for a volunteer there). And, because she and her aunt live close enough to L.A., they also hope to get involved with NKLA, a Best Friends initiative to make L.A. into a no-kill city.

Kat even maintains her own Web page, "Kids Against Lab Beagles," on which she has information about the Beagle Freedom Project and a few details about herself, including an email address where people can reach her. There's no doubt that this ambitious young artist will be selling many paintings, and helping many animals, for years to come.