Jacko looks like a teddy bear with his velvet chocolate eyes and oh-so-soft fur. But cuddling wasn’t something this eight-year-old chow mix knew when he arrived at Best Friends Animal Sanctuary. Before Jacko was brought to Best Friends from a shelter in Colorado, he’d been rescued from a property where he’d been used as a guard dog for most of his life. The poor dog had never been treated like a pet — never mind a friend or a snuggle buddy. But that was about to change. 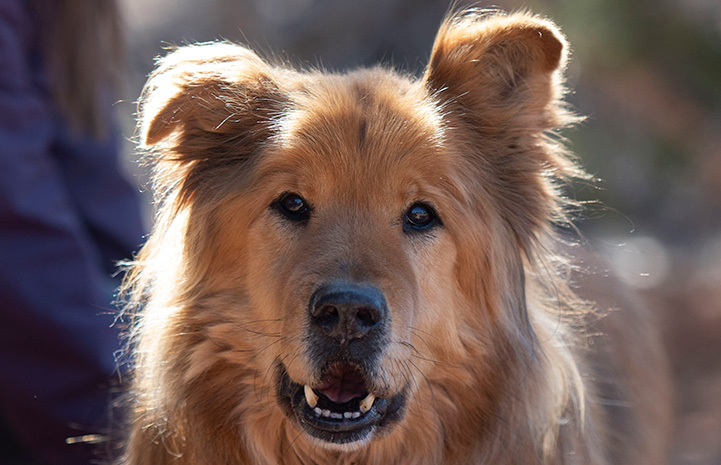 When he started living at Dogtown, Jacko was uncertain about life in general, and he didn’t understand what living indoors was all about. He also showed some resource-guarding behaviors whenever he was inside his room: He would guard his gate, his space, his food and his toys from his caregivers and other dogs.

Jacko needed help to feel more comfortable and trust that he didn’t have need to guard things anymore. So, his caregivers in Dogtown started helping him. They fed him outside in his yard where he felt more comfortable, and they were careful not to put food, toys or blankets inside where he would guard them. They also taught him to trade other items or treats for his empty food bowl, so that they could pick it up after he finished eating.

Teaching trades is one way of correcting food aggression in dogs. Jacko still likes to have his space while he’s eating, but he’s learned that no one will steal anything away from him and that, from now on, he’ll always have enough to eat.

How to help a dog stop food guarding 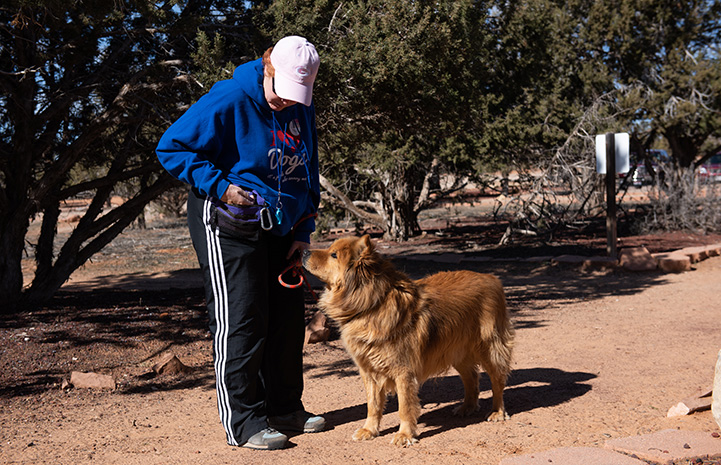 Winning over a wary chow mix

Helping Jacko feel more comfortable around people was a process, too. The first step was making sure that he felt well enough to be handled. He arrived at the Sanctuary with some muscle atrophy and pain, so he got diagnostic X-rays at the Best Friends Animal Clinic. He began taking supplements to ease the pain caused by degenerative conditions in his back and joints. He also started taking short walks and gradually increased the length of his walks to build strength and muscle tone. Recently, hydrotherapy has been added to his regimen. 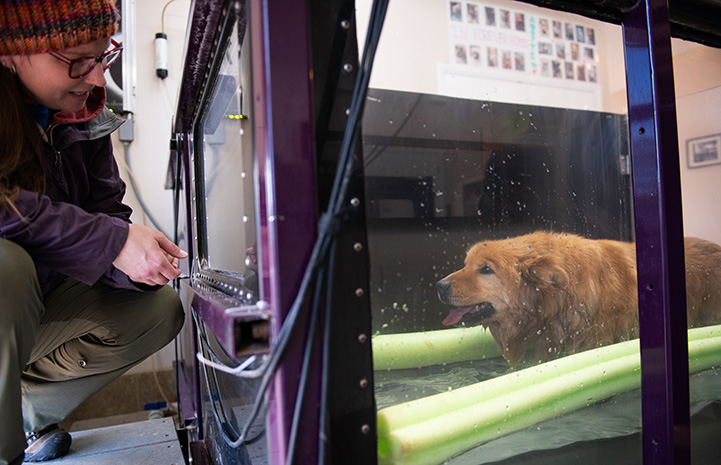 It took nearly two months for Jacko to trust caregivers enough to let them get close enough to touch him. By the time he was ready to let them pet him, he was feeling much better. The first time he let his caregivers touch his thick, silky fur, he realized that being petted felt nice. Once he got used to being petted, brushing and belly rubs weren’t far behind.

The change in Jacko’s attitude and his openness to the world has been remarkable. “He has changed so much from a dog who didn't know what life is about to a happy dog who is confident with who he is,” says Dogtown caregiver Jess Cieplinski.

These days, Jacko is always given a choice as to whether or not people can pet him. If he’d prefer to be left alone, he can opt out by walking away. But that hardly ever happens. Instead, Jacko likes to sit on volunteers’ feet and lean into them for affection. Even though bear hugs aren’t his thing (not yet anyway), this former guard dog can finally show his mellow side and his inner teddy bear.