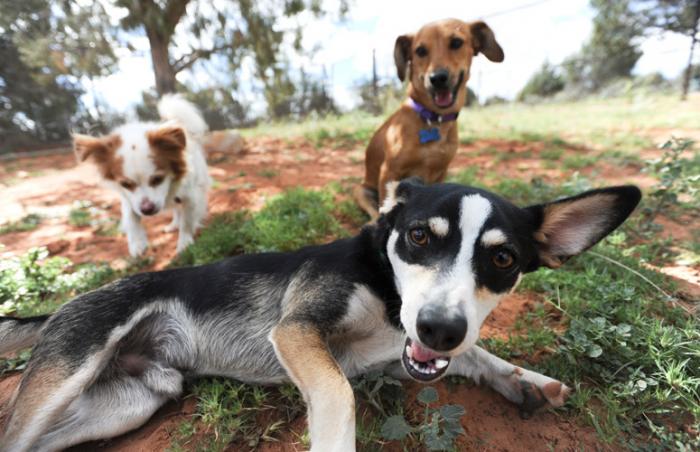 Corgi mix is proof that shelter pets can be perfect

Sometimes good dogs end up in bad places. Or, to be fairer and more accurate, they end up in places that people consider bad, which makes it difficult for them to find homes. Carl was one of those dogs. Like millions of other homeless pets, he found himself in an overcrowded city shelter. So, even though the little corgi mix was young, healthy and adorable (in other words, highly adoptable), he didn't have much time to find a forever home. If he hadn't come to Best Friends, it is possible he would have been killed, simply because of a lack of a safe place to call home. 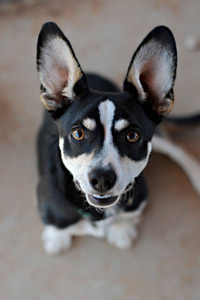 This problem is by no means unique to the shelter that Carl was in. Overcrowding is one of the main reasons that more than 9,000 dogs and cats are killed in U.S. shelters every day. A large part of the problem has to do with stereotypes of shelters and shelter pets. Municipal shelters often lack the funding to do necessary expansions or cosmetic updates, so people have the impression that they are dingy, rundown, chaotic places.

Best Friends Animal Society's inaugural pet adoption survey, conducted in November 2012, also found some disturbing trends: Nearly four out of 10 young adults believe animals in a shelter are not necessarily at risk, and that they will remain in a shelter until they are adopted; and, nearly half of all young adults surveyed believe shelter animals are less desirable than those obtained from breeders.

It's true that, because of the high-stress environment, some dogs simply don't put their best foot (or paw) forward when potential adopters do venture into shelters. Carl, for example, can be fairly reserved. While at Dogtown, he lived in a building known as the Clubhouse. Although he was comfortable around his caregivers there, he sometimes retreated into his dog crate, or toward the back of his run, when strangers came around. Dogs who exhibit this type of shy or nervous behavior can easily be overlooked at shelters.

The perfect proof in the form of a corgi 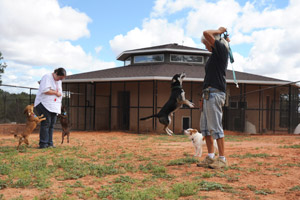 Gregory Castle, CEO and co-founder of Best Friends Animal Society, says, "The fact is that every day in this country perfectly wonderful family pets land in shelters through no fault of their own," and all of them "need and deserve a home of their own." Carl is the perfect proof that this statement is true - and that the stereotypes simply aren't. His former caregiver, Deb Turner, lights up at the mere mention of him, and she can't say enough good things about him.

The sweet little lapdog loves people and consistently charmed Dogtown volunteers. He's bright, inquisitive, good on a leash, and simply irresistible with those oversized ears of his. Best of all, Deb says, he has a peaceful little spirit and a lot of soul. Caregiver Tom Williams agrees, noting how playful Carl is, and how well he got along with his runmates. Like many dogs who end up in shelters, Carl just needed someone to give him a second chance. And, now that he’s found a home of his own, he will never be overlooked again.

To learn more about the other adoptable dogs at the Sanctuary, go to the Adopt a Pet section of our website.